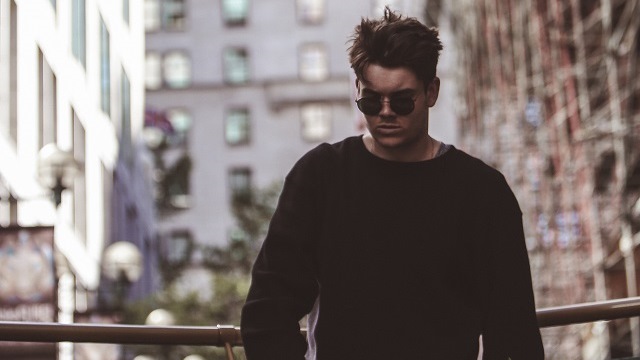 "Jaded" by Harrison Brome is Northern Transmissions' 'Song of the Day'.
Share on TwitterShare on PinterestShare on PocketShare on RedditShare on FacebookShare on Email

Harrison Brome was Raised on the sounds of Motown, Bill Withers, Nina Simone, Otis Redding, Marvin Gaye, and others, Brome absorbed and learned how people attached themselves to records on a deeper level. His language is in the feeling: “To me it’s all about connecting, and figuring out what I’m trying to say without telling someone, but still getting the satisfaction of having people understand me.” Recently, he shared his latest single “Jaded”.

At the age of 19, Harrison Brome is the newest force making waves in the darker side of the bedroom pop and R&B scene. Born and raised in the gorgeous gloom of Vancouver, British Columbia, Brome has capsuled the pulse of his city, filtering it out in the form of sensual, sharp and somber songs. Despite his young age, it’s clear that Brome is wise beyond his years, having channeled his upbringing as a home-schooled teenager with a learning disability into a musical prodigy whose original tunes reflect the highs, lows, emotion and energy of youth.Brome, who writes at a lightning pace and is known to complete songs in just a handful of hours, recognizes the well of his unique youth as a touchstone for his music. “Everything I write is from personal experience, so it definitely helps if I’ve gone through some shit.”

He cut one of his first songs, “Fill Your Brains,” at age 15 in a grimy basement studio. “That song, I was in a pretty dark space—it wasa moment in time where I witnessed people dealing with their problems through a form of escapism,” he says. “Pools” came a little bit later: “I wrote that when I was 16.It’s about a previous relationship that didn’t last, but our chemistry was hard to forget”.

Spending the last couple of years crafting his self produced debut EP, Fill Your Brains. He often samples his own vocals, building a harmony structure from his voice, with melodies and lyrics growing from his instinctive chord progressions. The EP, is now available via Nettwerk Records.