‘Into It Over It’ Announce Tour + Mini doc 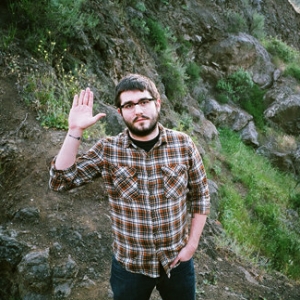 Into It. Over It., the solo endeavor of Chicago songwriter Evan Weiss, has announced a 2014 headline tour in support of the recently released album Intersections, out now on Triple Crown Records. The making of the Intersections has been chronicled in a mini-documentary shot by Mitchell Wojcik.

The 2014 tour follows a massive run of North American dates this fall with visits to Japan and Europe. The warm reception to Intersections from fans and press alike has left Weiss (who also plays in the bands Their / They’re / Their and Pet Symmetry) incredibly grateful. At the same time he has also somewhat amusingly been deemed a standard bearer for a recent emo resurgence chronicled by comically Vice/Noisey (who in interviewing Weiss purport that in reality emo never really went away).

Long time fans of Weiss likely find it amusing that the broader media is just discovering the prolific musician. The culmination of the long trail of LPs, EPs, cassettes and splits with acclaimed artists like Daniel Johnston, Bob Nanna of Braid, and Koji, Intersections was recorded at the legendary Soma Electronic Music Studios by producer Brian Deck (Modest Mouse, Iron & Wine). “While the concept of the album started out centering around different intersections in Chicago, as the writing progressed it shifted toward intersections in Weiss’ life, making each song a glimpse into where things were in the past and how that impacts today.