Interview with Lontalius AKA: Eddie Johnston 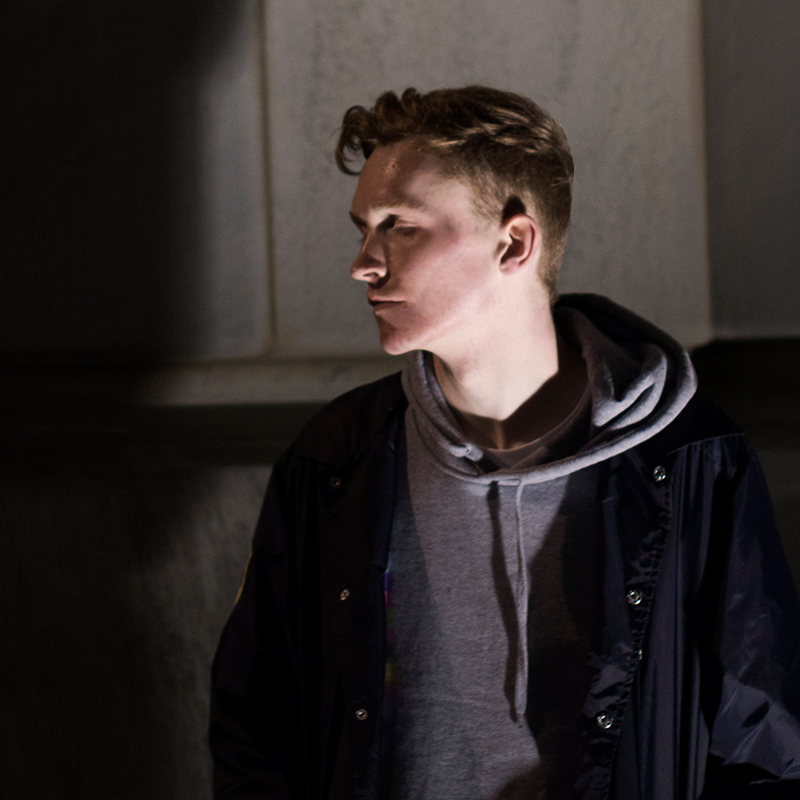 If there are two things to know about Eddie Johnston it’s that he loves the internet and he loves sad songs.

“I’m not a sad person, but I love sad everything,” Johnston said. “I guess that’s because happy things, you don’t feel them as hard as something that’s sad. I think I just like feeling things hard.”

His debut album I’ll Forget 17, out on March 25 on Partisan Records is the result of both. Originally posting minimalist covers of R’n’B and pop hits like Ciara’s “Body Party”, Pharrell William’s “Happy” and Beyonce’s “XO” on Soundcloud under the name Lontalius (it’s a kind of butterfly), New Zealand-based Johnston expanded upon his lo-fi Casio arrangements into bewitching and melancholy synth swirls. In the process, he caught the attention of Canadian producer Ryan Hemsworth. The two collaborated on Hemsworth’s “Walk Me Home” in 2014 and again when Johnston released a track with producer CutMyLips for Hemsworth’s Secret Songs project late last year.

As for the sad songs part: Now 19, Johnston’s 17-year-old musings are what’s displayed on the album. Inspired by a Frank Ocean lyric—“But I forget 23 like I forget 17/ And I forget my first love, like you forget a day dream”—Johnston’s existential teenage questioning—“It’s been awhile but I found myself / I tried hard but I needed your help”—is doused in layered vocals, light drumming, fantastical piano lines and quaint guitar. It’s the same moody alt-pop mix employed by Lorde and Troye Sivan.

From his home in Wellington, two days after his 19th birthday, Johnston filled us in on the connectivity of the web, what to expect from I’ll Forget 17 and the beauty in sad songs.

Eddie Johnston: I started making music when my dad got me a guitar when I was 8. It wasn’t until I was about 12 until I started writing songs. I was putting them on the internet as well. I played my first show when I was 13. Music has always been a big part of my life.

NT: How much has the internet’s presence played into your music thus far?

EJ: It’s, arguably, been the most important part. That’s where I found my voice. Even when I was just playing guitar, I found a real interest in music because I realized I could Google how to play Beatles songs instead of reading what my guitar teacher would give me. It’s a big part of everyone my age’s life.

NT: It makes the world that much smaller too because someone on the other side of the world can hear your music.

EJ: Exactly. Pretty much all of my closest friends are people I’ve met on the internet. My music has done well and that’s how I’ve made connections.

NT: And that’s how Ryan Hemsworth got in touch with you. What was it like working with his Secret Songs project?

EJ: It was really cool. I worked with him before on his album and it was really good to start working with Secret Songs because it’s something I really admire that you can find all these kids, they might be 13 years old, who are making beats in their bedroom and he’ll give them a platform. It’s really admirable because most people won’t give those people any attention.

NT: What do you think that says to the state of music in general that you can find talent in the dark corners of the internet?

EJ: I think it’s good. I think major labels are doing the same thing at the moment as well—they’re finding these young, creative people that are beavering away in their bedrooms making a lot of music. The internet makes it easier for people to get their music out there.

NT: For you was there a transition in making your music by yourself in your bedroom to doing it on a larger scale in a studio?

EJ: That kind of happened last year when I went to the UK to finish the album. I’ve done a little bit of work in studios before but that was the first time I’d sat down with someone else to work something out whereas I’ve always been isolating myself in my bedroom and working on everything by myself.

NT: What do you think it is about working alone versus working with someone else that changes your production output?

EJ: I think it’s possible to make great art entirely by yourself but it’s too unreliable. I still love making music by myself and I try to do it all the time, but I’ll go through weeks at a time where I’m not making anything I like and it’s frustrating and that’s where having another person really helps. It’s someone to feed off of and someone to support the good ideas and dismiss the bad ones.

NT: Your album is kind of sad. What was going on?

EJ: I was in it, but I was fascinated by the feelings that I was having and they all felt super important. I had to deal with this problem right away or else it’s going to ruin my entire year. But even the year after that, you think about those things you get stressed about and they’re nothing.

NT: Now that you’re a couple years removed from it, do those problems seem minimalized?

EJ: Yeah, I guess so. I mean, feelings are important all the time but it’s not like they were going to ruin my life.

NT: What is it about being 17 that you want to forget, if anything?

EJ: I’m not sure if there’s anything I want to forget. The line is from a Frank Ocean song and I heard it when I was 17 and it struck me that even though I might thinking everything that’s happening in my life is really important, I probably won’t care about it in a few years’ time. That feeling really struck me that it was kind of temporary.

NT: It says a lot to the kind of feelings that people have too. Other people can be feeling similar things.

EJ: I like kind of vague songwriting. I’ve never really liked music where it’s very specific stories about “I was walking down the street and I saw this person,” because it’s just not relatable and to be honest, I don’t really care about this person’s story. If it’s more of a song that’s focused around a feeling, it’s relatable to anyone no matter what the song’s about. If it’s about love, it doesn’t matter what sexuality they are or anything.

NT: You started out doing covers. How do your original songs vary from the covers that you’ve done stylistically?

EJ: I think the big things the covers have done for me as a songwriter has improved my sense of melody and my sense of harmony in the ways that rock music can’t—not that there aren’t great rock songs. But I really fell in love with R’n’B and pop music because of the beautiful melodies and I was really interested in the way that I could use those melodies and put a different chord progression underneath and make them sound sad. I think it does come through in my original music. Things I might’ve done in a cover—change the chord progressions or change the sounds—and try to do that in my own work as well.

NT: What are you most anxious or excited about for when the album comes out?

EJ: A lot of my covers are a bit more electronic focused, releasing songs with guitars in them and real drums and cellos, it’s been interesting seeing the fan base I’ve built up react to that. I’ve been sitting on the album for quite awhile and not many people have heard it, so I’m just really interested to hear what people think, to see if that changes what I’m doing at all or how I approach things.