When it comes to desire, we humans are conditioned to want what we don’t have so it’s easy to understand why we don’t fully appreciate something until we don’t have it anymore. This may help explain what happened to Godflesh in the years after front man, Justin Broadrick, announced the band’s dissolution. The band finally started to be appreciated for being incredibly influential in the development of the industrial metal genre, and thus, became noticed by a wider fan base who started to discover them now that they had finally left the music scene. This notion was certainly not lost on Broadrick as he continued on with his new project Jesu, and started to get requests for Godflesh to play reunion shows at various festivals. As all of these elements started to come together, and Broadrick finally came around to the idea of reforming Godflesh. He has found them now perhaps at the peak of their popularity and on the cusp of releasing their first full-length album in thirteen years.

We were able to catch up with Justin recently to talk about going back in time to revisit old Godflesh material, and how the reunion shows have fuelled a new chapter of the band that will culminate in the release of A World Only Lit By Fire, which he calls the band’s best work to date.

Northern Transmissions: You’ve stated that the new album will be similar in style to your early albums, so how would compare the recording of this album to the time when you recorded Streetcleaner and Pure?

Justin Broadrick: Very different times. This time, however, we’ve had the luxury of not existing for about nine years. I say luxury because it has somehow, quite luckily, afforded us with being able to attain some sort of legendary status while we’ve been away. It’s lucky because I can guarantee if we had kept existing, we would have barely had any interest in the band whatsoever. So splitting up was kind of a blessing; it’s made us refocus and ultra-define what we’ve wanted to achieve — and to be frank, this new record is the best we’ve made in 20 years. The last great album Godflesh made was in 1994 with Selfless. After that, the subsequent albums were exploring different themes. We had sort of an identity crisis. We used real drums, but ultimately, Godflesh was essentially two guys and a drum machine. We’re back to the blueprint of what Godflesh was all about, this primal meeting of man and machine.

NT: Did the legendary status that Godflesh gained in its absence surprise you?

JB: Yeah, to be honest. Before we split Godflesh up, we literally spent three years feeling, by and large, that no one gave a shit. In the late 90’s and early 2000’s, music and the shape of the industry was changing very much, and we always felt like outsiders — we still do. I mean, I can’t just blame the industry or the changing times because we weren’t making records that were consistent with our career. Towards the end of our career, we were experimenting, and I feel we had somewhat diluted the original, so we were just as responsible as the changing music climate. If we had continued to make records, our music would have become more marginalized as to their appeal, and we certainly wouldn’t have become these legends that people claim now. I have been saying recently that one of the best things that Godflesh ever did was split up (laughs), which is ridiculous really but I’m really grateful that we went away for that amount of time. The negative to that is that we’ve also accumulated all this expectation for something new, but that’s always going to be the case. It’s made us very focused.

NT: What insights or perspectives in that absence have you gained that has fuelled new Godflesh material?

JB: When we first reformed in 2010, we had solidly played for a year and a half before I had even committed to writing new Godflesh material. Ironically, the impetus for reforming was to make new records. In the late 2000s, I was starting to get this feeling that I really needed to write this sort of music again, but it was just only in my imagination. I never even committed to writing anything. Chiefly though, with the other half of Godflesh (G.C Green), I didn’t want to second guess that he wanted to do this again. When we split, we really went our separate paths, I pursued Jesu, and he left music, went back to university, and got a full-time job. We had been asked a lot to reform by various reputable metal festivals across the world, which was always very attractive and a nice boost to our egos, but I always refused. I never even thought we would do this. I was really starting to imagine writing this material in the late 2000’s, and it was because I had spent a good part of my years in Godflesh, from my late teens to my early thirties, like really my formidable years not only as a human being but as a creative artist. During those years, I had found a very satisfactory way of expressing emotions, that I quite clearly wouldn’t express on a day-to-day basis. I think as the 2000’s rolled on, I found that I didn’t have a satisfactory outlet for these emotions anymore, and quite literally wanting to reform Godflesh was wanting to express myself again. So fortunately, the other half of Godflesh (Green) was thoroughly excited about reforming, so we’ve just rolled since then.

NT: In that early time, when you reformed, and you played these festivals, you played entire albums on stage. You played Streetcleaner and Pure on separate occasions in their entirety. What was that experience like? Did anything surprise you about those experiences?

JB: What surprised me was how enjoyable it was. Playing whole albums is really a symptom of the modern age in a way. Back in the day, when we first existed, there was no culture of playing whole albums. It seems like that was something that’s been born in the last decade. I always felt quite enamoured by the concept. Ironically, I don’t like reformations generally. They tend to wreak of a bit of a cash in, or people trying to attain the lofty heights of their former existence — clearly ironic considering we reformed. But this concept of playing entire records was quite exciting because it had never been done back in the day. When you make these albums it’s a very dogmatic sort of statement in a way, and when bands go on tour, they play a good chunk of the album, and play classics. It’s a very traditional way of performing. What’s nice about these shows is that you literally do an entire record as you wrote it and recorded it. There’s something very whole about it; you find yourself back into the process of when you made the record. The shows were very inspiring, a catalyst for the new material. Inspiring because you’re forced to play a few songs that you’ve never played live. There’s always a couple that you just never play. There’s a couple songs that we had not played in like 25 years, which was ridiculous.

NT: Were there particular songs that stand out to you that you thought you’d never play, and found yourself enjoying?

JB: There were a few; they were all exciting. In the rehearsal room, you reap the benefits of it all. You go through the emotional connection and the rebirth of the rehearsal room, even when I’m sitting there re-composing some of these songs because a lot of this stuff had to be because we didn’t have the old drum machines. We were using samples of the old drum machines; I literally had to rewrite drum patterns, so I really had to relive these songs from the ground up.It was like recomposing them, listening to the CD over and over. It’s a hard question to answer because by the time we hit the stage, I’d already relived the songs a hundred times. Some of the songs you like better than others because of contemporary production techniques and how much clearer things are now than they were back in the day. Sound systems are obviously so much better now than they were in the late 80’s and early 90’s, so it’s really exciting to hear those songs now. It’s almost like you’re hearing them for the first time when you play them live.

NT: Did you have a hand in the re-mastering of Streetcleaner? Was it the same sort of process?

JB: I completely re-mastered it myself. I had to find some old cassettes to find a couple of live versions, and demo versions, and master all of those. It was the same process. I’m not one of those artists that listens to their own records over and over. I hadn’t heard Streetcleaner that much until I sat down to remaster it, which was around the same time that we reformed. I was really suffocating on old Godflesh. I hadn’t even heard some of this stuff in such a long time, and suddenly I was presented with this challenge of not only learning the material but reprogramming and mastering them. I was like Jesus, it was like 1989 all over again. It had quite an impact on me. I could look at that record through new ears though, it gave me good insight in the mastering process, I knew right away sometimes what a song needed. I had learnt so much about production over the years, and contemporary production is something that I’m well versed in. It was very simple for me. I just wanted it to sound clearer. it was a simple process; it was an exciting process.

NT: This new album you say is your best work. Going forward do you now see this as a new chapter for Godflesh?

JB: It’s intended as a complete rebirth. We wish to make as many albums as we can before we dry up. We’ll only do what we feel is absolutely necessary and is a true representation of who we are. If we run out of inspiration, or I can’t write this anymore, or I feel we are treading the same ground, then we won’t bother. But it really is our intention to make as many records as we can again. This again is a rebirth. I haven’t set about writing any new material yet. It’s unnecessary at this moment in time, but I can’t wait to, and I hope it’s as fluid as this was. I really hope we can get a few more albums out. I feel lucky we made this one, and it’s come out the way it has, and we can live long for a few more years.

NT: What sort of tour plans do you have?

JB: The album will be coming out in a few weeks, so we’re not going to play until December. UK in December, but we won’t get to the US until September of 2015. We really wish for this album to be absorbed worldwide as sufficiently as possible, so it gives us an excuse to come out and play a lot of it. We’d love to come out and play a good portion of this album without having to just play classics because we toured the US earlier this year and we literally played a classic set, so hopefully that will satisfy people enough that when the album gets around they’ll be excited to hear a good 60-70 per cent of the album live. That’s what we want to do. We want to play new material. 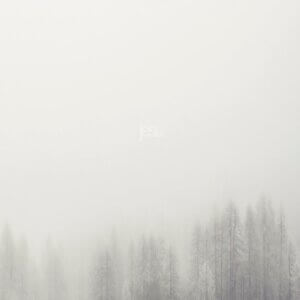 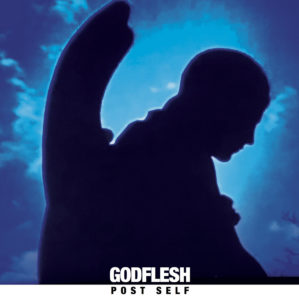 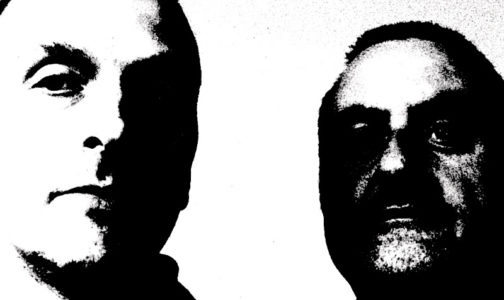