Interview with Dan Boeckner from Operators 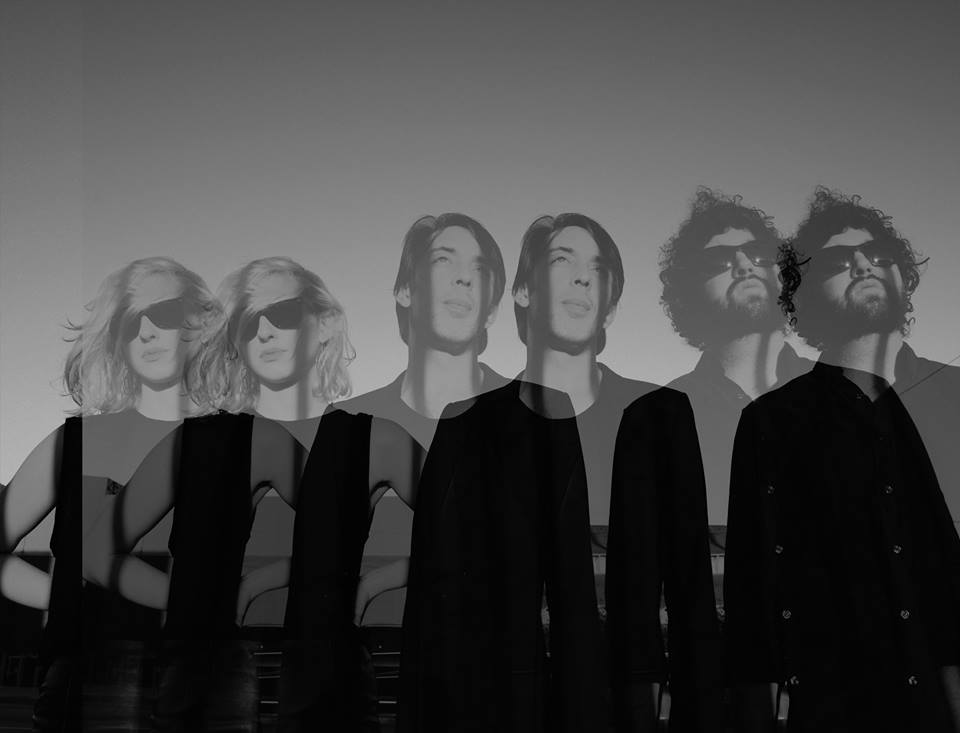 I often wonder if Dan Boeckner knows how to relax. Over the last decade, Boeckner has been either starting, ending, or reuniting some of Canada’s most influential indie-rock bands. You would think that Boeckner would have his hands full getting ready to reunite Wolf Parade for the first time since 2011, but instead he’s raised the stakes and released the first Operators album on April 1st. Formed in 2013, the band features Boeckner on vocals, guitar, and synths and is joined by electro-wiz Devojka, and New Bomb Turks and Divine Fits drummer Sam Brown. Although the album title Blue Wave might conjure up a wave of sadness, the album is a fast-paced energetic affair that will have you dancing all through summer. We reached Dan Boeckner in Chicago a few days before the album release:

Northern Transmissions: It’s been a long process from first forming the band in 2013, to slowly teasing new songs, extensive touring, and now finally releasing the album this week. There was always a lot of mystery around Operators; how excited are you to finally be releasing the first album in a couple of days?

Dan Boeckner: I’m pretty excited about it, it’s been a long road. When we started as a band we didn’t put anything out, we just played shows and the only way people could hear the music was by coming out or through whatever videos were put online. That was followed by the EP, and now this record, so it’s just been this build up we’ve been working on for a couple of years now.

NT: Will the record sound very different from the live shows? Do you think listeners be surprised at all?

DB: The record is pretty close to the live show, but I think people might be surprised if they haven’t seen us live and just know us from the EP we put out a couple years ago. Probably the biggest change from the EP is that guitars got reintroduced into the band over the course of the last 18 months from touring and writing, so the record’s sonically heavy. The record might be a little more tripped out than the live shows, but you kind of have to push everything esthetically on albums to make up for the fact that you’re not physically in the room with the listener. We really wanted to communicate that urgency from the shows, and our producer Graham Walsh was definitely the right guy to translate that live energy onto the record.

NT: There’s something a lot more cheerful in the songs compared to some of your more recent projects, like the last Divine Fits record. Was this a conscious decision to make a fun-packed record or has life overall taken a more cheerful turn?

DB: I don’t know; I think it’s kind of just more where I’m at right now. All the songs are pretty upbeat, like there aren’t any slow songs on the album, but there’s some totally heavy shit on there too. “Cold Light” is probably the most fun moment on the album, and then at the other end of the spectrum you get “Mission Creep”. There are some dark moments, but it’s always aggressive. It’s not bummer music.

NT: Is this the first time that you’ve toured songs that the audience hasn’t heard yet? What’s been their reaction so far?

DB: I think I’ve done this in almost every band I’ve been in, it’s kind of a tradition for me. Wolf Parade has a long history of going out and playing stuff that no one’s ever heard, stuff that we’d just written and wanted to try live. Operators has been the same way, just for a longer period of time. I’ve kind of unfocused my mind about that and forgot that the audience is responding to something they’ve never heard before, but when I think about it, it feels kind of nuts to expect people to sit through a whole set of songs they’ve never heard. I have to hand it to the fans, they’ve been very receptive. A set of all new material is a big ask from an artist, so I’m really happy about the way it’s been received.

NT: With so many different projects and bands, lyrically do you feel there are things you can write for Operators or Handsome Furs that you couldn’t write for Wolf Parade or Divine Fits? Do you really draw a line between each project?

DB: Yeah I do, especially right now when the two projects running are Wolf Parade and Operators. The stuff I write for Operators is more political, and the music kind of lives in a science fiction universe. I’d say that my Operators lyrics are in the mould of a Philip K. Dick dystopian reflection of the present, while writing for Wolf Parade is more like Greek mythology filtered through my personal life.

NT: The studio you recorded Blue Wave at is described as a “middle of nowhere 1850’s vintage barn in southern Ontario”. What was the recording process like and did the solitude impact the songs in any way?

DB: The environment definitely made an impact on the record. We did overdubs and vocals in our producer Graham Walsh’s basement in Toronto, but we did the principle tracking at this barn. We were fairly isolated; the barn is a 20-minute drive in every direction from the nearest anything. We were living, eating, sleeping, and working in this open space, and I think it created a bunker mentality for me. Time ceased to exist, it didn’t matter what time of day it was, you would just work. You’d wake up and get right to work, or stay up all night and record. The feeling of isolation was interesting, like you felt you were in a David Cronenberg movie. It was sort of like living in a punk utopian rural retreat where you forgot about the rest of the world.

NT: You’ll be getting back together with Wolf Parade in May for your first shows of the reunion, and with that will come some bigger venues across North America compared to the ones you played recently. Have you missed playing those bigger shows?

DB: I like them both honestly. We sold-out Schubas last night in Chicago, and with every band I’ve ever been in I’ve ended up playing Schubas in the first week that a record gets released. Like Wolf Parade played there three days after Apologies To The Queen Mary came out, Handsome Furs did two nights at Schubas the week after Plague Park came out, Divine Fits played one of our first shows there, and now Operators. If you can entertain an audience on that stage in a venue with those limitations, then you’re winning – but I’m also very excited to play big festivals this summer.

DB: In the last couple of months we’ve rehearsed around 32 songs, including six new ones. We’re going to play some deep cuts too that we haven’t played in years and years. I have a feeling that a lot of our sets on this tour are going to be different. Like for Osheaga we’re playing the festival and an “after-show” as well, I’m guessing those two sets will be 50% different from each other.

NT: Are you thinking of following the same strategy as Operators and playing new Wolf Parade songs before the audience has had a chance to hear them as a lead-up to a new album?

DB: Yeah I think that’s the plan. It’s funny because with Wolf Parade coming back this year and with Operators on a quick upward trajectory, I think there’s going to be a point where I’m just flying back and forth between shows, swapping out one guitar for another.

NT: You have to simplify things, have Operators open up for Wolf Parade.

DB: Exactly haha, we were joking around about doing an all Wolf Parade related festival. Arlen is in two psych-rock noise bands, Dante has something coming out this year as a solo project, Spencer can play Moonface songs, and I’ve got Operators. We can easily have an entire festival with the same people on stage.

NT: You’ll be playing in Cuba in a couple months. Have you ever played there before and was it difficult for your American bandmates to get the clearance to play?

DB: I’ve never actually been there, which is odd because I’ve played a lot of “out-there” places, and as a Canadian I’ve always had full clearance to go. It took a while to wrangle visas for everybody, but I couldn’t be more excited about getting to see the country and interacting with the people in the music scene before it gets completely ruined by American tourism and investment. Terrible things happen when you liberalize an economy quickly, I just hope it’s done better than when they liberalized other countries’ economies. I’ve spent a lot of the past decade travelling to places in Eastern Europe and seeing the total ravages of American-style capitalism. All it takes is one fucking guy to come over and be like “unclench the hands of capitalism”, and then the system that has been proven over and over again to not work will create massive wealth divide and chaos. I fear for Cuba.

The main thing I’m excited about is playing with local bands and meeting local musicians, because that’s the best thing about travelling to play shows outside of the “normal” Western touring sphere. It’s always a cool experience, and hopefully when you come home you’re better at your craft for it, or you’re a better person from it. You become a better musician soaking in other musical cultures.

NT: What’s the most “out-there” place you’ve ever been, and do you have a collection of records from these different areas?

DB: Yeah I definitely do, every time I have a day off I try going to the local record store or whatever passes for a record store. I’d say the most “out-there” place I’ve been was Burma pre-democratic elections in 2009 when the country was on military lockdown. That was one of the most intense touring experiences of my life. I’ve also played Kosovo a couple of times, rural parts of Lithuania, and old Soviet military bases in Latvia. This was right after the financial collapse of 2008, so all the American capital was getting pulled out of these countries and nobody had a job. It was a pretty intense time to be playing music for people.

NT: Once the upcoming cycle of touring and releasing new music with Wolf Parade comes full circle, do you see yourself returning for more Operators after?