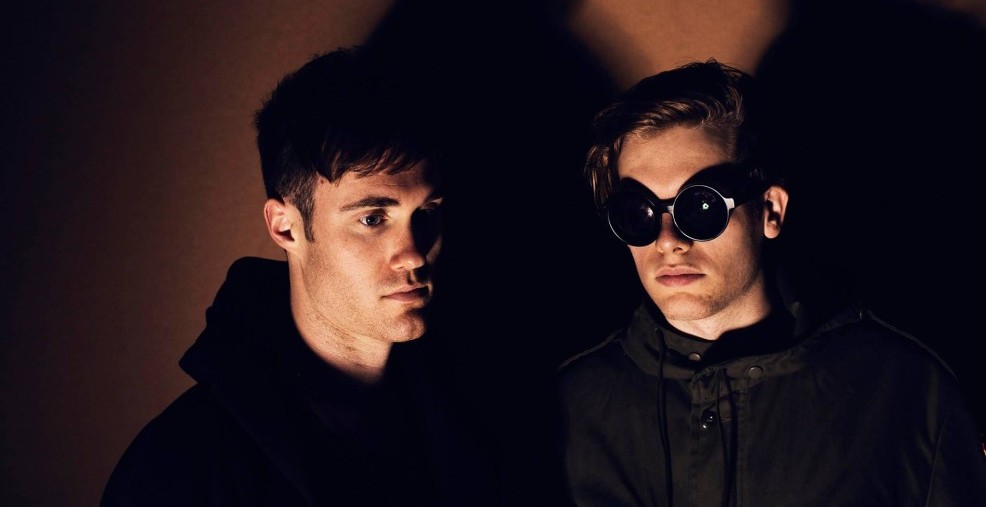 New York-by-way-of-Vancouver electronic duo Bob Moses are fresh on the scene. Although originally meeting each other in high school art class in Vancouver BC, it wasn’t until several years later that they bumped into each other at a parking lot and teamed up to make the act now known as Bob Moses. I spoke with them before their show in Toronto about signing with Domino, their beginnings and what this all means to them now.

Sean Carlin: Hey! Thanks for taking the time to chat with Northern Transmissions. You’re in Toronto tonight, right?

TOM: Yeah, were in the green room of our venue, we’re playing at Coda. A club we’ve played a few times before and it’s a great club, we’re really looking forward to it.

Sean Carlin: Let’s talk debut album right away. Days Gone By dropped on Sept 18, how has the album been received so far?

JIMMY: It’s been received really well. It’s hard to know it’s kinda like a slow growth. Some interviews start rolling in, and reviews and stuff like that. And some of them are bad, and some of them are good. I mean most of them so far have been good. It’s funny that the bad ones always hurt a lot more than the good ones. So far we’ve only had like two bad reviews, and they’re not even bad they’re kind of like, you know, not glowing.

TOM: Yeah we haven’t really had any real heartbreakers.

Sean Carlin: I wanted to start at the beginning. How did you guys meet and what musical background did you guys have?

JIMMY: Well we met each other in…we went to high school together and we took art class and we hung out there. We weren’t really close friends though; Tom didn’t come over to my house or we didn’t go to the same house parties or anything like that, we just knew each other in school. It wasn’t until Tom and I moved to Brooklyn separately that we decided to link up. We ran into each other in a parking lot in the middle of Brooklyn, like “Whoa! What are you doing here?” and then at that point we decided to get together and start working. Musically we were both in bands in high school. Tom was in a punk band and then he moved more to singer-songwriter stuff and I was in like a metal band and also DJing on the side. So we were listening to all sorts of different kinds of music and playing all kinds of different shows so yeah, that’s a bit of our background.

Sean Carlin: Tell me about some of the stuff you first made together, that was far from what Bob Moses is now, does that speak to your musical roots?

TOM: Totally I mean, we both grew up in Vancouver. We were actually just back there rehearsing for this tour that we’re on now. We spent a couple weeks there and it has a specific radio vibe, it has a very sort of west coast, rock and like lots of indie music that gets played on the radio. We both feel like, going there and listening to the radio is kind of different than what you get in the states and stuff. So we grew up on a lot of post-‘90s rock, or post-grunge ’90s rock, and that whole thing and like a lot of Brit-pop and that’s sort of informed our musical decisions and stuff like that but then we also played in punk bands like Jimmy said, we definitely grew up on all that stuff and we were making very different stuff to what we make now but it’s kind of been a process of self-discovery and finding your way into a sound and then getting to where we’re at right now.

Sean Carlin: And just to develop that a big more, how did you get into the music that you’re playing now?

JIMMY: Sharing records, and samples and that’s how…it was just like this little scene that started and so it felt like a good thing to try and fit in.

TOM: Yeah, and we met Francis and the guys from Scissor and Thread and we started working with them and that further helped us find a sound that was like within the underground stuff and then we just kind of started working, collaborations and stuff like that and it kind of just formed itself as we went.

Sean Carlin: How do you generally approach a track? Is it more important to lay down a good beat or get your message across lyrically, so to speak?

TOM: Well then lyrics always come last and it always starts with some kind of musical idea, whether it’s a chord progression, or a melody or a beat, or something like that. So it can start any which way, but always we write the lyrics last. Maybe sometimes, maybe if it starts with a really good beat or something and then we start coming up with the melody, and maybe when we come up with the melody there will be something that sounds like a lyric that we are kind of like, “Hey, what does that mean?” or something like that, but it’s always like from then on, it’s always like a process to keep writing lyrics to figure out what you’re talking about, sort of thing. You might say something like on “Hands to Hold” we said “Time, time, time it’s a poison” and we we’re like “what the fuck does that mean?” and then we figured out the rest of the song.

Sean Carlin: Your music is said to appeal to both genre purists and non-electronic fans as well. What would you say composes the Bob Moses sound or makes up the formula?

JIMMY: You know it was definitely a lot of experimenting and we were really nervous when we released the first EP, like either the genre purists are going to hang us from the highest tree or their going to love it. It was risk that we took, ‘cause we always wanted to combine traditional great songwriting with this forward thinking production that was in underground electronic music and so we just went like let’s try it and see how it works out. We really liked the songs, so we were like hopefully somebody else does too and so far it’s panned out well, but we were definitely a little nervous about how people would take it.

TOM: Yeah, I mean sonically we liked what was happening and the certain scene of underground music and we both come from songwriting backgrounds and we like storytelling, we love Bob Dylan, Joni Mitchell, older folk artists as well, stuff that has a message as well, you know? We even made tracks that were all about the music and then we made really stripped back stuff and we wanted in our project to be able to combine – like lots of great bands like the Beatles, Pink Floyd or Led Zeppelin, they combined really great music and cool vibe and amazing production but they also always had a message in their lyrics and the things that they said so we really wanted to be one of those bands. That’s kind of one of the things we agreed upon when we started working together from day one – that was kind of always the goal for us.

Sean Carlin: Tell me about the call from Domino Records about wanting an LP from you guys? How was that? What was your reaction?

JIMMY: Well our manager told us that Domino Records wanted to meet us for lunch, they just said they wanted to meet and by the end of the meeting there was a pretty good feeling that there was a deal. Because I just remember leaving the meeting and being like “Oh man, that’s pretty sweet! What’s happening? We just met with the A&R from Domino Records and they’re gonna give us a record deal” At that point we were like shit, maybe this can be real

TOM: Things have gone really fast for us, and it’s been exciting the whole time but that was a major thing for us when Domino called us up because we have lots of friends that own a small electronic music label and we were on a small electronic music label and it felt great. It was sort of this allure of one of these big labels like Domino or XL, who still have a great culture and stuff, but definitely have a big cultural region impact and we wanted to have that sort of impact and just even being able to go to lunch with them was exciting for us.

Sean Carlin: What track off Days Gone By defines to the album as a whole, or speaks to your growth as a musician?

JIMMY: Well I think the track that glued it all together for us was “Tearing Me Up”, which is the latest single. When we wrote that it happened really quick and some songs are a bit of a struggle, but that doesn’t mean they’re worse or better, but sometimes you get lucky and the floodgates open and it kinda just comes out and that one was really fun to make and kinda just started and then it happened. Within four or five days of the inception of it we had it finished. That’s the one we feel sums up the record quite well. It had a really great groove and really cool sound, but we also feel really good about the song and the lyrical content and the way it pairs both worlds, so that is sort of the shining piece of the album.

Sean Carlin: Finally if you had to say, what kind of snapshot does Days Gone By offer into your lives at the time?

JIMMY: I’d really like it to have the same affect as like a Tears for Fears record or something where people look back and are like that was really a great piece of work that took the sound of the time and combined it with songwriting and took a good step in that direction. I’d love for it to reach out to a lot of people and connect and also inspire a lot of people to write music, ‘cause that’s what our favourite albums did for us. I think personally it sums up where we were at at the time, personally and together. It’s dealing with the beginnings of success, and touring a lot, and new pressures, we had some family issues, relationship issues we both went through at the time and we kind of just wanted to give the best snapshot into the things – it’s gotta be real, if it’s going to mean something to anybody other than yourself, I think you have to write from a place that’s real. So for us it was just a snapshot of times that we went through and I think regardless of what impact it has culturally, we’ll always look back at it ourselves and remember the time in our lives that we made it.

Sean Carlin: Thanks a lot for talking to us and best of luck tonight!