Our Interview with Springtime Carnivore

Greta Morgan is the mind and person behind Springtime Carnivore. If you haven’t heard her yet, then the video Name on a Matchbook will introduce you to her culture-exploring storytelling and her pop-flavored, almost retro, alluring persona and musicality. The debut album, also called Springtime Carnivore, was produced by Richard Swift, who has worked with The Black Keys and The Shins, and has just been released on Autumn Tone Records. She’s been playing here and there, and is gearing up for more touring in the New Year. Catch up to your friends who are already hooked on her music, or introduce them first, because it looks like Springtime Carnivore is just taking off. Northern Transmissions wanted to know more, and Alice Severin was able to catch up with Greta and ask her about how she approaches music.

Northern Transmissions: Hi, how are you and where are you?

Springtime Carnivore: I am great! I am in Los Angeles in my apartment, which is slowly and steadily being boxed up for a move. My computer is pretty much the last remaining item.

NT: What era inspires you at the moment?

SC: I have been reading quite a bit about pioneer-era America. Fascinating stuff.

NT: What’s the truth behind the rumor that you started writing music while recovering from a circus injury?

SC: The truth is that the circus incident is a metaphor for another story in my life.

NT: I asked a fan who loves your image and your music and has been following you since the start for a question. They wanted to know about themes of young people trying to find themselves or escape from suburbia in your music. Is that an idea that you think about?

SC: The process of self-discovery and personal evolution is really fascinating to me, regardless of age. Transition in general. I’ve spent endless hours googling “before and after” stories, whether it’s for addiction recovery, weight loss, sex changes, travel, religious experience, etc. To observe humans as they experience personal evolution is the most exciting drama there is. But you are definitely right that ‘young people trying to find themselves’ is a theme, as it’s equally interesting to me…considering I’m a young person trying to find herself.

NT: Name on a Matchbook is a great song, but the video really asks some serious questions. Why is fandom for women and men perceived so differently and how do you think your video opens up that question?

SC: Fans connect with an artist who expresses something he / she wishes she could express, or is living the type of life the fan wants to emulate.  (At least, I am a fan of certain artists for those reasons.)  And in general, it seems more culturally accepted for women to praise men in this capacity than the other way around.  There is such a huge cultural gender shift happening right now with both sexes accepting that we all have a masculine / feminine balance, so I think that evolution is happening in the music world too, allowing men to express their appreciation for female artists in a much more accepted way.

Even though our male fans in the video were extras and it wasn’t “real”, it was actually kinda terrifying being swarmed by a group of grown men. They actually accidentally broke the windshield of our borrowed car when they were banging on the vehicle and waving signs. It was like a stampede!!

NT: What was it like working with Richard Swift as a producer, and what do you want to bring out in your own interpretation of your music?

SC: Working with Richard freed me up a bit and made the process more spontaneous and fun.   I really enjoy making music by myself, but connecting with him brought those songs to life in a way that was better than I had ever hoped.

NT: You have a great voice and your songs seem very carefully thought-out. Have you always been attracted to music and what do you think it is about music that allows expression?

SC: I’ve been musically obsessed since I was a little kid. There are pictures of me on every birthday and I’m always playing piano or dancing with a tambourine.

NT: What is the appeal of performance for you?

NT: The name “Springtime Carnivore” expresses an almost poetic sense of how words can be more than the sum of their parts and how things seem more real placed suddenly, side by side. How did you come up with the name, and did it come out of poetic reading or sensibility?

SC: I was doing a free-write when a coyote crossed my path. The phrase just popped out and I realized later what an interesting juxtaposition it was.

NT: “Collectors” is a brilliant song and has the lyrics: You collect my souvenirs every day /And will you give back everything you take? Do you think that you wanted to talk about people having that aspect of collecting without giving back?

SC: “Collectors” started with the visual of imagining a museum full of the collected images and moments in a relationship. I woke up with this dream where I had imagined an old woman dusting and tallying up all the mementos of an entire life with her husband.  So, it’s not about greed or even about reciprocation, but just about the possibility of an inventory of time shared with another person. 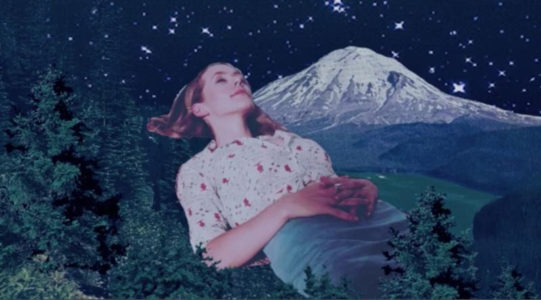 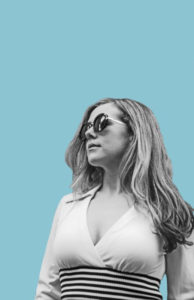 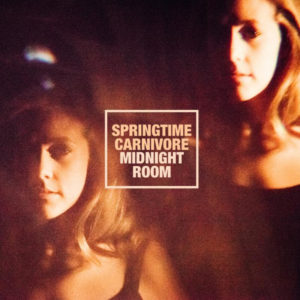