Our Interview with Until The Ribbon Breaks 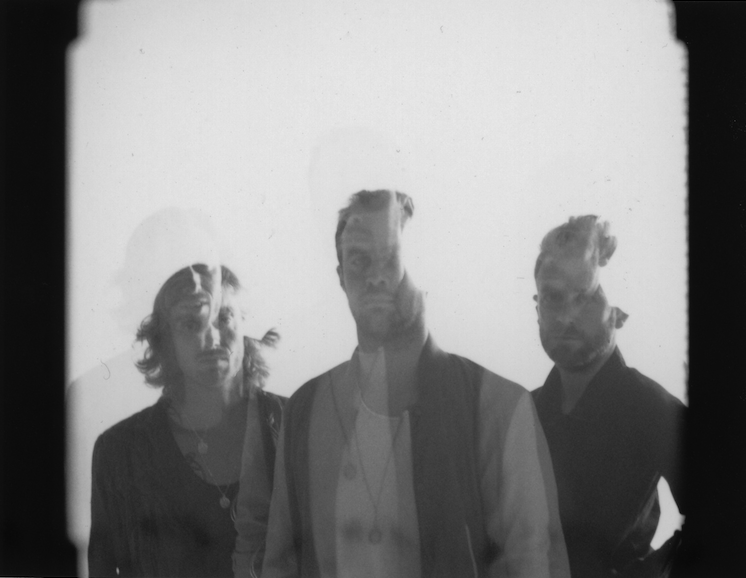 Until the Ribbon Breaks is a new band comprising Pete Lawrie Winfield, James Gordon, and Elliot Wall. Right now, they are all in the studio, rehearsing for their upcoming tour, to support their debut album, A Lesson Unlearnt. Begun as a studio project, and heavily inspired by the cinematic due to Winfield’s film school background, the album borrows from different genres. Hip hop features prominently, weaving its way through the songs, and they managed to score the guest participation of Run the Jewels for one of the tracks. Now with the album about to drop, they’re attracting a lot of attention. So the band which claimed to have gone into the studio with a piano, a drum machine, projecting film clips for inspiration, is taking the show on the road. Northern Transmissions wanted to know more about what was behind the scenes. Alice Severin was able to talk with the group and discover the backstory behind this latest big feature.

Northern Transmissions: Hello! How are you?

James: We are good. We are just rehearsing for some upcoming tours and shows and things.

NT: And where are you?

James: We have a studio in Hollywood that we use to rehearse in.

NT: Are you now living in California?

James: Based completely in California, all of us, yes.

NT: And Pete is originally from Cardiff, in Wales.

James: We are all from the United Kingdom – Elliot and Pete are from Wales and I’m from England.

NT: How did you all meet?

Elliot: James and Pete met prior to the album being made and it started out with him just working as an engineer and he kind of evolved into a producer then kind of evolved into being a member. And I met Pete through school over the very first MP3 player. I had Mos Def on it and we bonded over Mos Def.

Pete: It was first MP3 player ever and it could only hold three songs. That was all that was on there.

NT: Where did the two of you go to school?

Elliot: I didn’t know that, I just learned that from Pete.

NT: So what made you all decide to put this project together?

James: It started as a studio project, which brought us together to make a record that we loved in the studio, and then other people liked it, I suppose. And that evolved into us deciding that we should probably entertain the idea of it being a band. And then it turned into a live band, and here we are.

NT: How has it been, translating the studio vision into live performance? Are there certain things that you focus on, sonically, or want to make sure that you get across?

James: We tried to make it more than what it is on the record in terms of like something different, something, a bigger experience. And when we play live we always have our visuals going as well, videos and different things that we’ve made to accompany the music. And we just try to make it a bigger experience, than when you sit down and listen to it as a record. Yeah, but it’s been quite a fun thing, like it was for a long time, like Pete said, we didn’t even know how we were going to do it, so there were a few months, when we were like scratching our heads a bit and thinking what instruments do we even use to play some of this stuff, because it’s all electronic. So there’s infinite different numbers of ways that you could put it together, you know?

NT: What instruments are you using?

James: Well, a lot of it is actually similar to what we’d use in the studio, like a sampler with lots of different sounds and also keyboards, and a real drum kit, which is something that kind of added to our sound after the initial body of work was made. So that’s exciting. And then later on, things like a guitar and trumpet and we all sing – for our supper. (laughs)

NT: You’re going out on tour with London Grammar. Did you know them beforehand?

James: We played a show with them in Los Angeles, at the Wilton, and I supposed we’d bonded by that show. Yeah.

NT: I wanted to ask you about the song “Revolution Indifference” where you are collaborating with Run the Jewels. How did that come about and what was it like working with them?

Pete: I was working with a rapper in New York, and he was asking me who my favorite rappers were and I said El-P. And he said I know El-P, and I said no way! So he said that he would send El-P some music – of mine, not just some random music. Anyway. He sent him a song called Pressure then a few months later I had an email randomly from El-P saying that they were making the first Run the Jewels record and they needed someone to do a hook, and would I do it. So we obliged, as massive fans, and then it was time to call in a favor and we asked them to do a track on our album and they were amazing to work with. They were really nice guys.

NT: They seem to have the kind of energy that takes everything up another step.

James: They always come with a lot of energy. We’re playing a show with them this Wednesday at the Regent in LA. They are amazing live, they definitely bring that to everything they do.

Elliot: I describe their shows as being like a punk show. People stage diving, you know, not the usual thing you’d see from a hip hop artist.

NT: Why do you think that is?

Elliot: I think basically, what’s the word, they’re in the twilight of their career. They just seem to be going up and up and I think they’re feeding off the energy people are giving them, and they’re giving it back and I just think they’re having a great old time.

NT: Have they talked to you about their experiences, given you any tips?
James: Yeah, I mean, El-P’s thing has always been to do everything as independently as possible. And they are kind of self-sufficient, and that’s always inspiring. Like we try to be as self-sufficient as possible, we make our own music, try and make our own videos…

Elliot: Make our own food.

James: So yeah, they just inspired us in that way. I was going to go on a long boring tangent.

James: Ok. I think it’s a time in music where you can’t afford, even literally afford, to rely on labels and people around you to make things happen. You have to make it happen for yourself. And they are incredible at that, and that’s something that they’ve inspired us with.

NT: Were you all interested in film? Pete had some background in film studies before turning full time to music.

Pete: I studied film at school, at university. And I definitely had to make a decision whether I was going to follow that path, or music. But it’s been an opportunity to use both mediums that I love, I suppose, and put them together. So film for me is as an important part of the creative process as music.

NT: If you could make a film, who would be in it, and who would direct – if it wasn’t you?