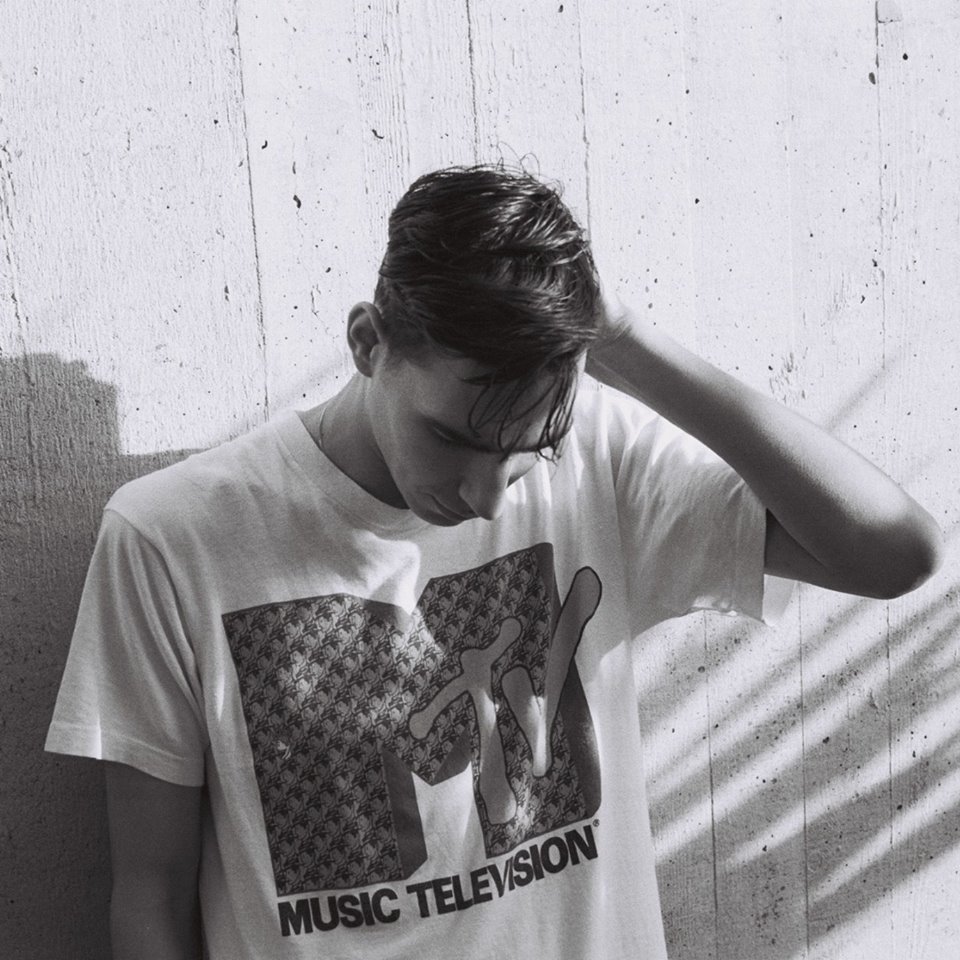 Riding off the high of his first SXSW performances, followed by a stint in New York City filming a music video and playing a show, British pop artist Oscar caught up with us over the telephone while awaiting his flight back home to London. He was kind and soft spoken, eager and genuine in sharing his experiences with us. With the highly anticipated release of his debut album Cut and Paste, coming this May through Wichita Recordings, Oscar will promote the eccentric pop album with an opening slot on Bloc Party’s North American tour. Having been immersed in music from such an early age in his life, it almost feels as if Oscar has been here forever – even though his journey has just begun.

Northern Transmissions: How was your week at SXSW?

Oscar: Oh my god, it was crazy. Every show we played was really good, really fun. We got to eat loads of different foods that we had never eaten before. Texas is a crazy place, and Austin is a really beautiful city. It made me want to go back to Austin actually, when it’s not Southby and it’s a bit less manic and a bit more of a vibe. SXSW was great, I had a really good time.

NT: Was that your first time in Austin?

O: That was my first time in Austin and at SXSW, yeah.

NT: Wonderful. Did you manage to catch any other great sets while you were there?

NT: Was it hard to catch other sets in between all of yours? I know you had a pretty full lineup of showcases.

O: Yeah and also in between those, a lot of promo and interviews and such, which was cool, which was really cool. I think I kind of watched a lot of stuff in a kind of happy-go-lucky way where I would bump into people and they would be going somewhere and take me along with them or I’d make friends with a band and we’d go to the shows together that night. It was kind of like the less I planned, the more things I got to see.

NT: Your debut album Cut and Paste comes out this May. How do you feel coming into it’s release?

O: I’m just so excited to have it out and for people to hear it. It’s just a really exciting time and I hope that people love it. I hope it becomes something special – a big part of pop culture. I’m just really excited.

NT: Who or what influenced you the most during the making of this record?

O: I guess it was just the experience of growing up that interests me, which I’ve sort of gone over making this record. Just fully becoming a functional human being, you know? (laughs). It sounds really stupid but that’s kind of how I feel. It’s a diary of that experience – lots of different things that formed the experience. I was just interested by real life.

NT: I totally understand that. When you listen to it, it has a very comforting feel. It’s almost like I’ve heard it before because it just ties in really well to a lot of experiences.

O: Thank you, I’m glad. That was kind of my intention, I guess. But then, I want everyone to connect to it in a different way and whichever personal way they feel at the time and whatever it means to them. I think it’s really important for people to experience things their own way and be unique, be individual. The great thing about making a record is that everyone listens to it in a different way.

NT: How would you say that Cut and Paste differs from your first EP Daffodil Days?

O: I would say that people are going to spot an eclectic mix of styles and different kinds of ways of song writing, I suppose. It’s a bit of a step up from the EP in terms of production. I still co-produced, but it was mixed and mastered in a proper studio. Some of the instruments were recorded in the studio.

NT: Where did you record the album?

O: I recorded it half in my bedroom and half at the studio, which was ten minutes from my bedroom. It’s a really cool studio, actually. It’s one that’s not advertised anywhere, you can only find out about it through word of mouth. There’s some amazing old gear.

NT: I’ve read that you attended a high school that was specialized in arts called the Fine Arts College in Hamstead. What kind of impact did that leave on you as an artist?

O: Having that sort of education and being around that sort of influence really formed the way I think and feel about things. It was an education that was very rich in knowledge and insight. I think that can’t be ignored, especially when you start creating things yourself. You’ve been around that energy and I feel very lucky. I think I got an amazing education with very wonderful people.

NT: You specialized in visual arts, as well. You’ve designed the album art for your albums.

NT: It’s nice that you’re able to have such access and control over all parts of the creative process when it comes to making your records.

O: I think that you have to make sure that everything comes through the way you want. You’re responsible up until the very last minute. That’s a big journey and a big part of your life.

NT: You’ve played a fair amount of gigs in America. How do you find that reception compared to back home in the UK?

O: I think it’s been really, really exciting to see people’s reactions over in the States. I feel really at home, actually and I’m planning to live there at some point. It’s nice to be accepted, to feel like you’re accepted by that kind of audience. The UK is home, so you’re obviously going to have complicated relationships with someone that you’ve known so well throughout your life, just like your parents. I love London, I love my family, but there’s going to be things that you notice about them that might not be helpful. I think London is hard to impress if you’re from there, just like anywhere else.

NT: Definitely more pressure coming from back home, I would think. How long have you been in the business for? You’re a pretty up and coming artist.

O: Yeah, it’s been maybe two years. In those years, I have learned a lot. Of course there’s some things going on behind those two years, but I feel like it’s all happening at the right time and I’m around who I want to be, you know?

NT: For sure. What is the most valuable lesson that you’ve learned so far about the music business?

O: Go with your instincts because they’re never really wrong. Try to stay positive and just keep doing it.

NT: Who have you been listening to the most, as of late?