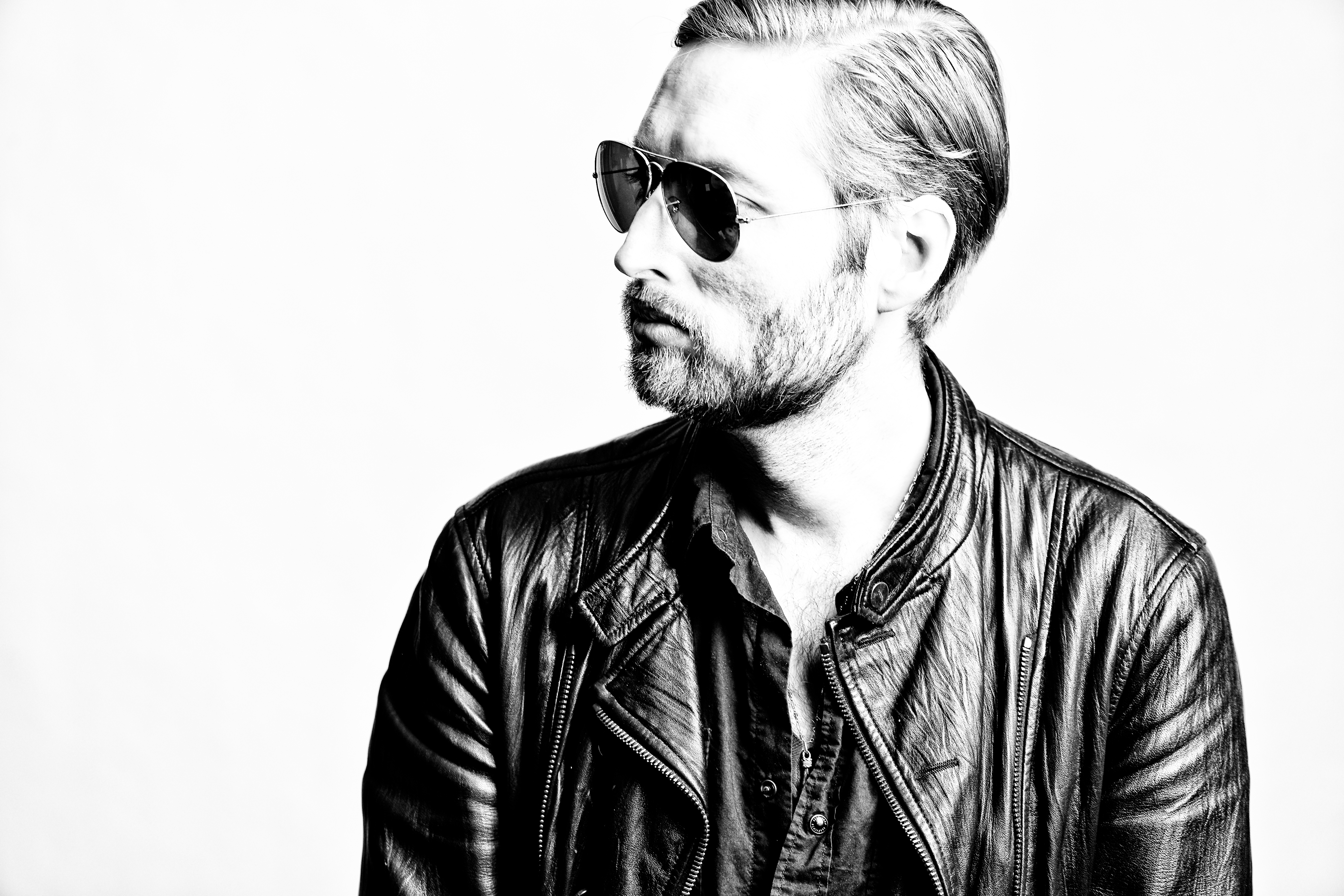 Even if you don’t already know Mark Stoermer’s name, you’ve heard his work. On top of being the core bassist for The Killers since 2003, Stoermer has more recently been on tour with The Smashing Pumpkins (circa 2014-2015) as well as writing and recording his own material. His first solo album, Another Life (2011), was a folkier break from his usual alternative rock sound, allowing him to write more personal tales as well as to lay down recordings of the many other instruments in his repertoire.

While 2016 may see The Killers release their forthcoming fifth album, Stoermer just recently released his second solo record, Dark Arts, which features a heavier sound more in the vein of his admitted childhood inspirations like Pink Floyd and Led Zeppelin. Northern Transmissions got to chat with Mark Stoermer about his recent departure from The Killer’s busy tour schedule, his continuing self-growth, and the release of Dark Arts.
–

NT: With your solo album Another Life (2011), the title suggests there’re two Mark Stoermers—one in The Killers and one outside that. If that’s true, how do you separate the two?

Mark: That was obviously part of the intent, being the title, but it was actually from a song, “Another Life”, which has all the other meanings within that song. But as far as separating the two lives of being in The Killers and doing other types of music—or anything else for that matter—it’s a tough balance. But at this point in my life, I’m able to balance it a little more, since The Killers aren’t as full on as we used to be. In the beginning we would tour about 300 days a year, and then go straight in to make records. Maybe around Another Life we had taken a little break, and we took a break after Battle Born (2012) as well. And right now, Killers are kind of off and on, but to achieve that balance I had to take a break from touring altogether. Even though they’re not doing a full-scale tour, they still do occasional dates, three to four-show runs, but we’re also in the studio. So for me to do the things I wanted to do, I had to take a break, this time by myself. We came to a decision that everyone’s cool with—I was gonna stay home from the tour but finish the record with them. Not exclusively for the record, though. I was also trying to return to finish a bachelor’s degree.

NT: With Dark Arts you took your solo stuff in a darker and heavier direction. Was this a response to something in the group stuff, a venting of frustration?

Mark: I don’t think it’s as dark as the title suggests, it’s kind of a playful use of the words. Like it’s not a metal album or something. But musically, I wanted to delve a little deeper into some of my earlier influences growing up, and I think the collaboration with my friend David Hopkins—singer-songwriter I met a couple years back—one thing led to another, and he ended up becoming the co-producer of the album. He brought out my older influences like Pink Floyd, Zeppelin, Beatles. More classic rock or even psychedelic-type influences. This album I wanted to explore more of my guitar playing, because I started off as a guitar player. Even when I met the early version of The Killers, Dave and Brandon, I was a guitar player and there was some talk of me becoming the extra guitar player. And then one day I got the call from Dave and they had let go of the original bassist and drummer, and they said they’d like me to come in and try the bass, and I said “of course.” And that was the time I put down the guitar for a while as far as trying to make original music with it. So this album has a lot more guitar than my first solo record, and I think that changed the musical direction. [Another Life] I was focused on story-telling and short songs. [Dark Arts] the songs went on a little longer and got a little more adventurous on the musical side, and if that went darker I don’t know. I don’t think it’s expressing a frustration or anything, that’s not the point of the title.

NT: So you play all these instruments on your solo record, and yet you’re so famous for your bass playing. Do you feel married to the bass?

Mark: No, I think it’s the opposite. I always try to serve the song—that’s why as a guitar player I was willing to pick up the bass. I don’t see myself as a “bass player” or a “guitar player.” I’m just always trying to make up the parts to fulfill the song. I don’t feel married to either.

NT: You got pretty personal in the opening monologue that you wrote for “Alchemical Formula.” You talk about being in this narcissistic rut and embracing the “demons” you’ve been trying to cast out. What does this formula represent for you?

Mark: I don’t know if it should be taken too literally, but it’s sort of about conquering your demons and then maybe keeping an aspect of that with yourself. It’s sort of based on things I’ve learned from Joseph Campbell and a little bit of Jungian psychology that I’ve delved into, but I’m not an expert to say the least. It’s like [Campbell’s] The Hero’s Journey, it’s like the descent into the abyss and when the Hero returns from the abyss. If there’s a slaying of the dragon, the Hero tastes that blood and returns triumphant. And it doesn’t necessarily apply to all the record, but it was a poem or speech I wrote that I wanted to close the album with, but it was kind of an afterthought. [The speech] was originally the intro to a song that didn’t make the record, which was an instrumental song. We might release a bonus version of the album with that. It’s not really a concept album, but it gives the feeling of one with that intro, and I struggled with myself whether or not to put it there, but it felt best as the intro, and I definitely wanted to include it.

NT: Well that formula, it definitely applies to someone like Billy Corgan—what was it like working with The Smashing Pumpkins?

Mark: Oh yeah, it was amazing. I was just happy to play those songs and play with those musicians. It was a chance to play some of my favorite songs growing up and just play some new music in a musical setting different from The Killers. We had some 9-10 minute long songs, and I got to get my prog-rock ambitions out with that. It wasn’t that crazy of a set considering how Pumpkins sets get, but it was almost a “Best Of.” Just a great time with those guys though.

NT: Do you have a favorite Pumpkins record?

Mark: Oh I don’t know, that’s a tough one. It might be Mellon Collie [and the Infinite Sadness] (1995), but it could be Gish (1991) or Siamese Dream (1993) too. I’m one of those people who followed the Pumpkins all the way through, all the different versions, and I don’t think [Corgan] ever fell ofF as a writer. And while there’s definitely something special about the early stuff, he always kept a level of quality with his songwriting, and there was always something Pumpkins about any of his records.

NT: Any comments on the upcoming Killer’s record?

Mark: Just that we’re working on it, but it’s a long work in progress because we start and stop, start and stop a lot, and it’s been going on about a year. There’s a lot of ideas, but nothings been really nailed down, so I can’t comment on a direction or where it’s going, it’s still in its early days, even though we started it like a year ago. It’s still sort of in the writing stage.

NT: At this point in your career you could collaborate or tour with just about anybody. Are there any big names or particular bands you’d like to work with?

Mark: Well there’s probably a lot, but I don’t know if that’s actually true. I’m not exactly getting calls everyday, and I don’t know tons of musicians considering I’ve been doing this. I’ve been in a sort of bubble in the Killer’s world, and I’m really just doing some exploratory rehearsals with the Dark Arts stuff, and meeting some cool musicians, but it reminded me I don’t know that many musicians. The Smashing Pumpkin’s thing happened because me and Billy Corgan had a mutual friend that introduced us way back, and we weren’t good buddies, but through that mutual friend we’d sort of meet up every now and then, and it was an organic thing when he called me, but I’m not getting random offers to do other projects, actually. But there’s a ton of people I wanna work with—the list would be too long. 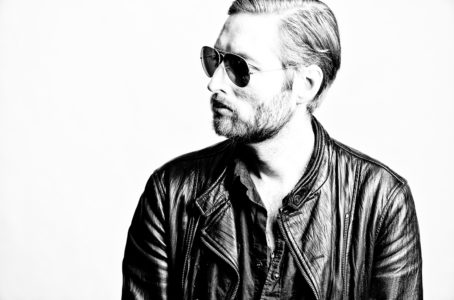 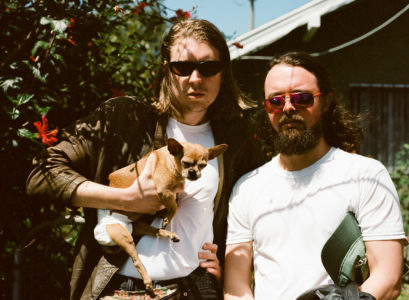 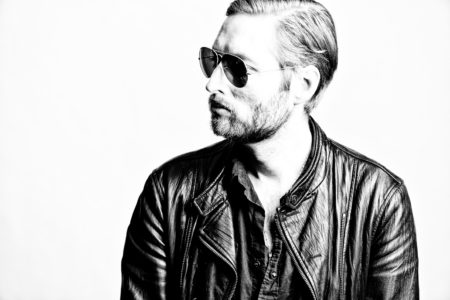