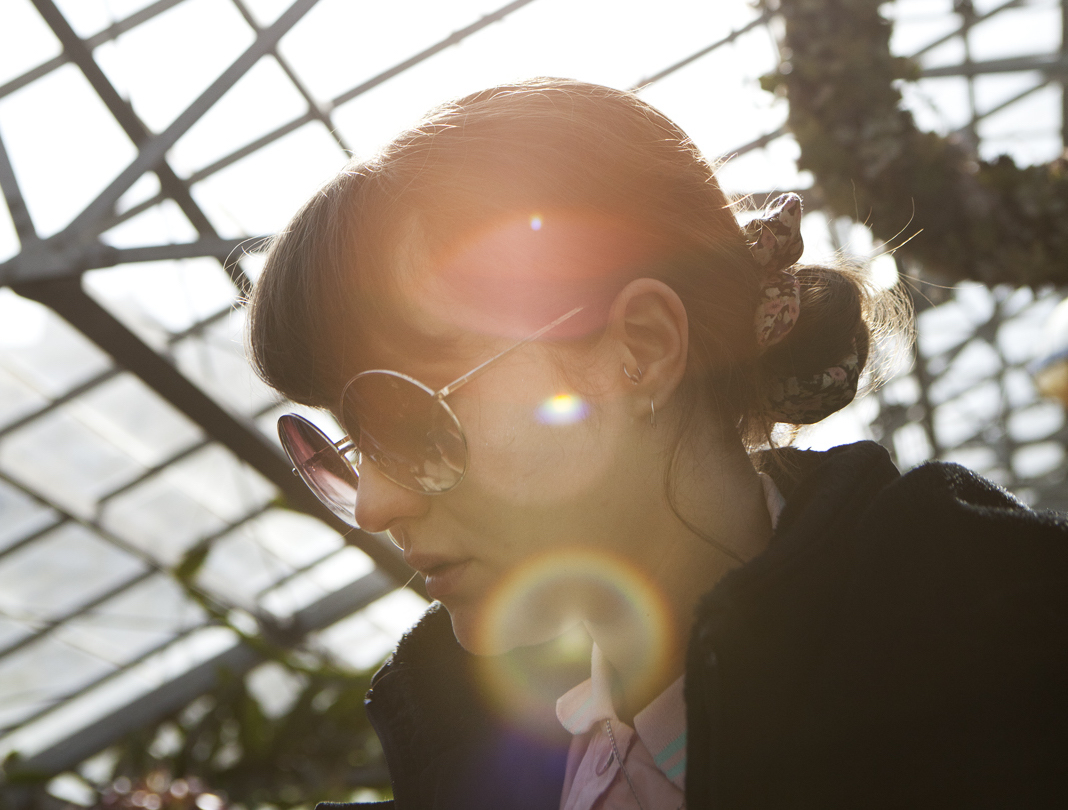 Jessy Lanza is an electronic musician and vocalist from Hamilton, Ontario. Last month, she released her second studio album, “Oh No”, which is a follow-up to 2013’s highly praised “Pull My Hair Back”. On top of two full length albums and an EP, she’s done brilliant remix work for Matthew Dear and Le1f. Her work is all collaborated with Jeremy Greenspan from Junior Boys. Both Lanza and Greenspan are signed to Hyperdub Records. I got to call Jessy up and chat with her about the new album and tour.

Northern Transmissions: Where are you at right now?

Jessy Lanza: I am at the bar that’s underneath my studio, just drinking some water.

NT: Gotta stay hydrated! How have things been treating you since the release of “Oh No”?

JL: It’s been really great. I’ve been playing lots of shows, touring the UK with Junior Boys. So, it’s been nice to have a lot to do rather than just focusing on if people like the album or not. People are interested in it, and you want to talk to me which is a good sign! Things are really good. I try not to build up in my head how things are going to turn out before they do, but I’m really happy with how things are going.

NT: Can you tell me what attracted you to sign with Hyperdub?

JL: It wasn’t so much what attracted me to them, as much as it was that Kode9 from Hyperdub was like the only one who would put out the album. He’s the only one who gave a shit, which was amazing because he was so supportive right from the beginning.

NT: How did you come to work with Jeremy Greenspan from Junior Boys on both studio albums, and how did you guys connect musically?

JL: He’s from Hamilton as well. I’ve always known him and his band. When I was in high school, they got to tour internationally. They were this electronic band from Hamilton, which doesn’t really happen. Hamilton’s the type of place that not a lot of people leave. It’s also a town that’s more interested in things like going to see Garth Brooks. Garth Brooks sold out a 15,000 person colosseum in Hamilton, like five nights in a row. He probably could have played there indefinitely for like a month and it would have been sold out. But anyways, I really looked up to Junior Boys and loved their music and was playing piano and doing vocals at a time when Jeremy was looking for a female vocalist to do some work for him. So that’s how we started working on music.

NT: What do you want for this album to speak?

JL: Jeremy and I both wanted to do a more poppy record, and I think I was also really influenced by projects I had done with people the year leading up to making the record. I did a project with Morgan Geist, who’s a musician out of New York City. It was a freestyle project, and working on it was so much fun. I think it had a lot of influence in the sort of music I wanted to make afterwards.

NT: How would you personally describe your sound?

NT: You released a single with DJ Spinn and Taso last year, and you’re about to tour with DJ Taye. How did you start getting into Teklife Records?

JL: That was a Hyperdub connection, for sure. Kode9 send me the Double Cup album (DJ Rashad). I just fell in love with it, and was so inspired by the record. I had never really heard music that sounded like that before. I knew what juke music was, sort of, but I had never heard anything like Double Cup, and it got me into a whole world that I didn’t really know existed. Kode9 linked me up with Teklife, and I sent them an unfinished version of the song that they turned into “You Never Show Your Love”.

NT: “Oh No” is said to have taken a more pop music oriented direction, as compared to your earlier work. What inspired you to take this direction?

JL: We did one finished version of the record, and it has 5 or 6 songs that we cut. I think that if we hadn’t gone back and made those cuts that the album probably wouldn’t have turned out so poppy, and it would have taken a different trajectory. But, I don’t know, it’s hard to say why. It’s just the kind of music I was listening to at the time. I was super into Yellow Magic Orchestra, and all these different artists that they’ve produced for. I think a lot of Haruomi Hosono’s stuff just filtered in somehow.

NT: Which pop musicians are influential to you?

JL: As far as producers, I really like Boi-1da, he’s amazing. He’s produced a lot for Drake, Big Sean, and he also did “Work” (Rihanna), which is a really genius song. He also did this amazing song for Jamie Foxx, called “You Changed Me”, which I think is one of the best songs that came out last year. The album is fucking terrible, but that song is really, really good. Boi-1da is from Toronto, as well, which is really close to where I live. I really like the new Rihanna record. Metro Boomin is amazing. Future is amazing. That’s what I have off the top of my head.

NT: Can you talk to me about the components to your live show? What kind of instruments and equipment are you using? What’s the set up?

JL: I have a drummer who plays with me, her name’s Tori and she does live drums, but also has a sample pad. I have a couple synthesizers. I have my Novation Bass Station that I use for the basslines. I use Prophet 6 to do the synth stuff, and then I have a 404 sampler, and delay unit for my vocals.

NT: When does your U.S. tour start? What are you most excited about for it?

JL: We leave for the states on the 15th, with the first show in Detroit. I love that we’re going down the coast, through the desert, and then ending up in Texas. I had never travelled when I was a kid. The first time I was ever on a plane was when I was 23. I never went to the States, so traveling around the States is such a novelty. I don’t want to say novelty, actually, because I don’t think it’ll wear off for me. But, I love driving down the coast, and the desert is fucking weird. Like driving through Arizona… We’re starting out in Detroit and ending up in Toronto, one big circle.