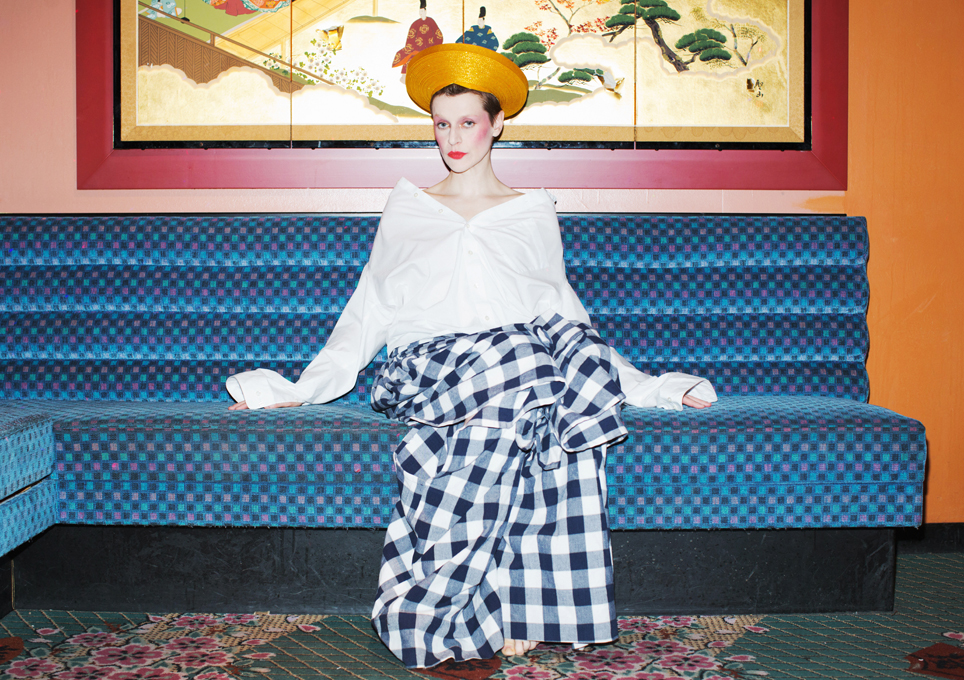 El Perro Del Mar AKA Sarah Assbring has been making music for ten years, and throughout that time has consistently evolved her approach to making wondrously direct and emotional pop music. On her new album Kokoro, she manages to incorporate a new set of influences which give her music a more global and universal perspective. This has also affected the way her music sounds in a technical sense, and when she spoke with Northern Transmissions we delved into the inspiration for the distinct changes on Kokoro and how they played out in the construction of the record.

Northern Transmissions: The new album has been received really well. How important is that kind of reaction to you when it comes to the media?

Sarah Assbring: It’s a complex relationship I feel like I have. I have to come to a point when writing and working on an album where it’s just me and the people who work on the record that matter. It’s my vision and the end result that has the only importance. For a really long time that’s how I feel. In the end I would really like to feel like that, but obviously the closer I get to an album release I get that anxiety about how it’s going to be received. But deep down inside still hold onto that foundation of ‘this is what I feel’. It’s important to hold onto that feeling to be able to make another record.

NT: It seems like the major shift on the new album is the choice of instrumentation on the songs. What brought about the desire to transform your tonal palette in that way?

SA: I had a child, and it had such a huge impact on me as a musician and an artist. I felt like in so many ways I started anew. As a musician, you have references, a sort of referential library that you bring with you whenever you start an album. It’s the foundation of you as a musician, and I felt like I was done with my referential library. I needed to start from the beginning. I felt a sense of joy being with my child, and I wanted to feel that way about my music. That’s why I wanted to work with new instruments; I wanted to work with rhythms and string instruments that I’m not used to.

NT: You mentioned that you turned to new musical reference points. What drew you to Ethiopian music, and incorporating instruments from all over the world?

SA: For me and my boyfriend, who is also the co-producer, we started really diving into Ethiopian music, and for a while only really listened to Ethiopian pop music from the 60s, 70s and 80s. It had something that I really couldn’t put my finger on, which is usually the case for me when I fall in love with certain music. It has something which is so direct, but also mysterious in some way. The way that the rhythms are hard to distinguish made me go ‘how is this working?’, ‘how do I count?’. Those things are what gets me going when I listen to music. I cannot dissect it. That is, to me, what pop music is all about; that groove and that hypnotic power.

Also, the reaction that I had, especially when it comes to Ethiopian music, is that this is music that has been kind of silenced. Ethiopia was very closed, especially in the 80s. The music didn’t reach much further than Ethiopia. When I showed people the music they would have the same reaction that I had: that this is so good, and why hadn’t I been presented with this music before? I have been involved with Western music all my life, and still missing so much music, and why is it still like that? We kind of have this idea that we’re living in a globalized world, but music-wise and culture-wise it’s probably more narrowed down than ever.

SA: Yes, it’s very segmented and I can’t really get my head around it. I also really understand that with my album, I’m very prepared for the discussion around cultural appropriation. I feel like the idea of cultural appropriation and the debates about that can further segment the world. If the idea of cultural appropriation becomes too strong and politically correct it can become really dangerous as well. My idea of music is that music should be free and borderless. I want to grow as a person and a musician, and this is my way of opening my ideas and my eyes to the world. That’s what I had to do to make this album.

NT: Pop does have that relationship with cultural appropriation. Do you see the mixing of all of these elements from around the world as being part of the DNA of pop music?

SA: Yes, definitely. For me, especially working on this album, I realized that pop music really comes from the folk music tradition and people together making music. The tradition of playing music through a very simple means, and expressing very direct feelings. And also the way folk music travelled from people to people over borders and countries. That is what I think of as pop music; total directness and straight to the heart. A person singing from the heart to another person. That is what I believe in.

NT: I like that. To get back to the more technical aspects of the album, what was the process of going from experimenting with these new instruments to actually putting them to use?

SA: Both me and my boyfriend had been soaking in these instruments and this music and trying to find a way to write the songs that I do through this instrumentation. Then we just had the blessing of having a mutual friend and musician who just happened to be able to play all these different instruments that we were aiming to use. We were able to translate all these ideas through him to more or less a live setting. It wasn’t such a hard thing, we were just thinking music in that way.

NT: Did you find that those more complex rhythms in the music that you were being influenced by changed the role of your voice or the role that you typically play in your own music?

SA: Yeah definitely. With this album more than ever I was using my voice in a different way.
Melodically was using it in a different way, and I also taking a position with my voice that was different than before. I wanted my voice to blend in with the instrumentation rather than taking a lead part in it. I wanted to think of my vocal as another instrument, which I really enjoy doing. In the past I’ve had problems with my voice taking a lead part. And here using the soprano heights of my voice was really just a fun thing to dive into. I really wanted to have that playful feeling, which also felt very natural with the lyrics and the ideas that I wanted to put across.

NT: That’s what I was going to ask you about actually, the lyrical content.

SA: I really think of this album as being not so much a personal story, and having a more universal voice that kind of speaks for everyone. I wanted to speak for more people rather than moaning about my sad heart. That was something that I was tired of doing and didn’t want to do anymore. I wanted to take a wider grasp of things.

SA: Definitely. Who I am is not the important thing here. It’s more about us.

NT: Could you talk about the influence of Abida Parveen and Nahid Akhtar?

SA: Wow. The discovery of those two women has been huge to me. With Abida Parveen, it was Bjork who made me discover her. I’ve always been a huge fan of Indian music and Pakistani music. There is something there that has been drawing me in for a long time. Abida Parveen is such a legendary women, really. There is such a powerful presence in her voice and in her whole being. What I enjoy about them both, even though they are different kinds of musicians, is when they do simpler songs. They are very direct and very catchy and groovy. The singing really comes straight from the heart, and it doesn’t matter what language they’re singing in. That is the magic and wonder of music, and in those specific singers I really feel that.

NT: How do you see the change in your music over the years? What do you think are the most significant aspects of your evolution as an artist?

SA: It’s a personal story, really. My discography is a story spanning over ten years and the things that I’ve been going through. I’ve always demanded honesty and sincerity from myself when I make music. That’s the key. And that’s what makes my music sound the way it does, but that’s also why it has changed. I also demand that I love the music that I make.