Our interview with East India Youth 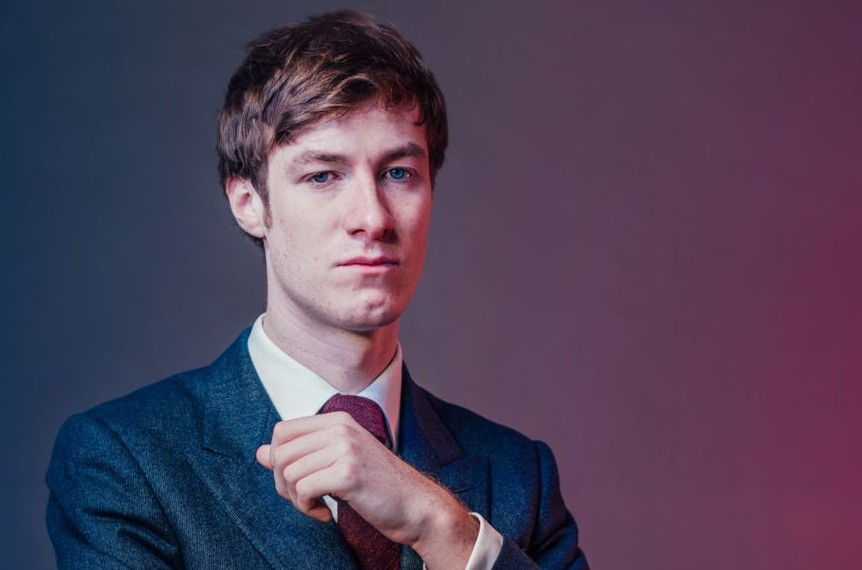 William Doyle, better known by his stage name East India Youth, is an electronic musician from Bournemouth, England. Jeffrey Powell caught up with him before one of his numerous shows at SXSW 2015. His forthcoming album Culture Of Volume comes out on April 7th via XL Recordings.

William Doyle: It’s been a really good week. I was prepared for it to get quite difficult to get into because of the changeover times and for it to be a bit hectic timewise. But the crew’s been really good and the venues have been great. Yesterday, my laptop overheated because the venue was really hot, but luckily it was towards the end of the set. That’s been the only kind of major disaster.

NT: Did you come with a plan in place to account for the limited soundchecks and technical challenges that come with playing the festival?

WD: Usually when I tour I’ve got 14 channels coming out of my lap top, just so my soundman’s got total control of the mix and can tailor it to the room. But we knew that’d be stupid this week, so I’ve scaled it down to 4 channels – drums coming out of two and music coming out of the other two. I’ve also put my half-hour set into one Ableton file, so it just seemlessly runs through. I didn’t want to have gaps in between songs, so I could just go in and blast the audience and leave again. The idea with SXSW is that you go and you try and grab people instantly. People are filtering in and out of shows and they’re not watching the whole thing because there’s so many bands playing.

NT: You’ve got a Facebook photo set called “Tour Life”. Are you embracing being on the road?

WD: Oh ya, I prefer it. I’m actually moving out of my place in London this week, just because I’m going to be away for so long. Paying rent in London is very expensive. I feel more productive on the road. At home, I get a bit lazy. I get to travel with my manager Andy, and my soundman George, and the three of us make up a really good crew.

NT: Has it been important to go and see other bands play during the festival?

WD: No! (laughs) In fact, I’ve got no interest in it. I mean, because I’m playing shows and I don’t want to relax by going to other shows. Do you know what I mean? It’s like if I worked in an office, and then it’s like going to the office to go and have a beer. It’s really weird.

However, I went to one of the tech life nights in London once and it was the best club night I’d ever been to. Kode9 played; he runs a great London label called Hyperdub. I saw his name in the festival app and I knew I’d definitely go to that. And yesterday, we were on the same bill as Of Montreal. They’re probably my favourite band, so I stayed at the venue for their set.

NT: You recorded your first album in your bedroom. What was the process like recording Culture Of Volume?

WD: It was pretty much the same process, actually. At least 80% of it was recorded in my bedroom. But, I’d moved, so it was like 3 different bedrooms.  This is my London album though, I think. It’s a lot more colorful and vibrant. There’s a lot more going on I think. The first album was a bit lo fi and sparse in places. This one’s more dense.

NT: You’ve talked before about the “eureka” moment wherein everything comes together during the writing process. What’s that journey look like for you?

WD: It’s really hard. Eureka moments are few and far between. They literally happen once or twice a record for me. They’re so addictive and powerful, though. I’m chasing them all the time. That’s why you keep going back and doing what you do. That high you get when it clicks… nothing beats that.

To get there… I’ve got a pretty good work ethic. When I’m making a record, I’ll make it 9 to 5. I’ll sit down and treat it like a day job. I think having a routine is the biggest helper in creativity. Your brain just learns to work at these times and you settle into it.

It’s only been a year since the last album came out, but I’ve actually been working on the new one for 2 years. The crossover of my first record and this one has been big. So it takes me 2 years to make a song sometimes, do you know what I mean? The only secret is just to keep on working.

NT: Do you take inspiration outside of music as a means of writing?

WD: Everything filters in as an inspiration. Just the environment I’m in and the people I’m with, as much as any books I’m reading or films I’m watching. It feels like when I’m making music that that process is really separate in and of itself. I kinda want to change that though. I’d like to be stimulated by outside things to inform the next record.

I’ve got a big idea about what to do for the next album already. It exists in a place where I know what the environment will be like. It’s quite evocative, and I’ve got ideas of things I think will trigger that, so I’m looking to do that more. But with these two albums, it hasn’t been like that.

NT: Have you had experiences playing here at SXSW that you’d like to carry forward at live shows going forward?

WD: I’ve enjoyed playing this week more with the new set up, which I’d only started using this year. I haven’t done many shows with it, so it’s been really good to come to SXSW and try it. It’s challenging doing so much stuff. I’ve given myself way too much stuff to do now! (laughs) But I could do the old set up I’d had with my eyes closed, and I wanted to challenge myself again because I wasn’t enjoying it. I’ve really been getting into it this week.

NT: What’s your five fav records at the moment?