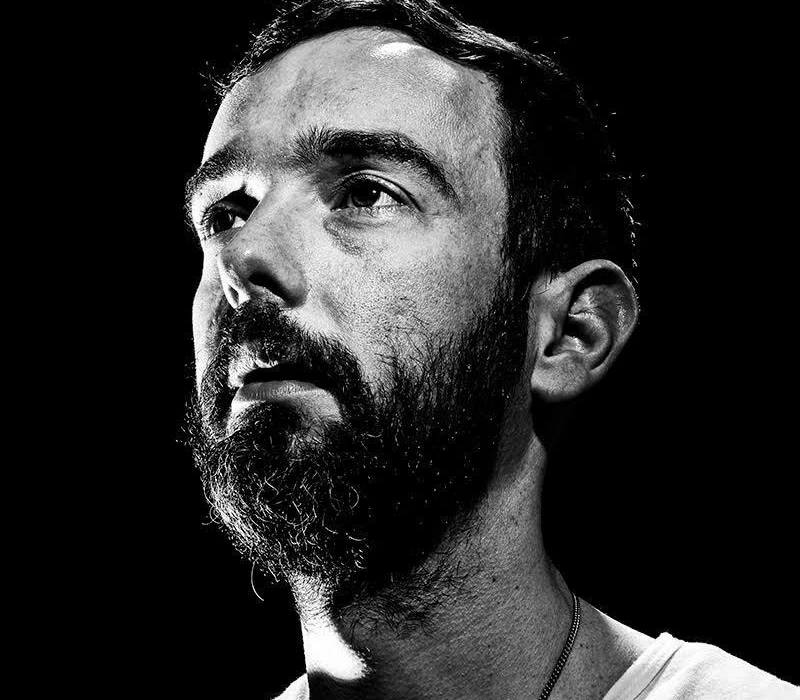 Jonathan Bates – aka Big Black Delta – returns with his second full-length album, “Trágame Tierra”, due out April 22nd. The release builds on the explosive electronics of his 2013 self-titled debut, this time introducing a multi-layered collection of songs that adds more icy Scandinavian-leaning beats, near-country acoustic warmth, and additional live instrumentation. That vision wasn’t always clear from the outset, however, ultimately taking light from the influence of Bates’ father’s passing in early 2014. In fact, music written up until that point in time – some three to four albums worth – had been put on hold and replaced by a period of deep, personal reflection on life. Jeffrey Powell spoke with Bates to talk about recording during that period, as well as the “just ask” policy that possibly ushered in the likes of Debbie Gibson, Kimbra, and more to appear on and inspire the final result.

NORTHERN TRANSMISSIONS: I recently watched an interview from August 2013 in which you mentioned that you were at work on what’s now become “Trágame Tierra”. Can you talk a bit about your journey, on what you were writing then, to ultimately what ended up on the final record?

JONATHAN BATES: Between putting out the first record and now, I’d probably written three or four records worth of stuff. But then I lost my dad in 2014 and that just completely changed everything for me. After I lost him, the songs that were coming out were obviously a lot different and had a different color to them. Before he passed away, the music I was writing was really willy-nilly, and then after he passed away it was like “oh shit, what do I have to say about this?”

NT: Have you been able to go back and listen to some of those older songs?

JB: That’ s the thing about constantly writing. I can go back and listen to stuff even two or three years ago and say “oh wow, that doesn’t suck as bad as I thought it would.” So, I’m constantly going back to old stuff.

NT: Prior to releasing your debut back in 2013, you’d put out a series of EP’s, with music that would later appear on that full-length. What went into the decision to release a second full-length, versus releasing music as you had before?

JB: I don’t know what the thinking behind that was… I just had stuff and thought I might as well put it out. Not to say that I’m against EP’s and putting out singles in the future. I love the idea of just putting out a song and saying fuck it, y’know what I mean? A lot of the time records – like LP’s or full-lengths – are more about the industry than it is about artistry or people enjoying music. If people want to hear my music, they can go onto YouTube, or Spotify, or somewhere else. So, does it matter if it’s on a record or not?

I personally enjoy things that come with records, like the artwork and the lore and the imagery and everything. So the artist that I work with, Casper [Newbolt]; I get really excited to be like “here’s the record. What does it look like to you?”

NT: Do you find that it’s helpful to the process, not only that Casper’s a great designer, but also as friends, that you’ve got a personal connection with him?

JB: Absolutely, because Casper doesn’t suffer fools! If he doesn’t like a song, he has no problem telling me that it’s shit. (laughs) For me, because we’re close, it makes it a lot easier for him to be like “I think this song sucks”, which is fine. I like that because he’s not a musician. I actually prefer his opinion more than I would a musician’s.

NT: Turning to the record, is it Camila Grey (Uh Huh Her) who sings on “Overlord”?

JB: Yes! One afternoon, I was just playing her stuff that I was going to put on the record. She’d asked if there was anything that she could work on, so I brought up one idea and she didn’t like that… so I was like what about this song… and we ended up finishing that song in about 15 minutes. I’ve known her for so long. We went to school together; it’s one of those kind-of-deals.

NT: I watched some live footage from your Teregram Ballroom show back in November, and that was one of the new ones that immediately stood out for me. Great song.

JB: Thanks man. That was one of those things, like I said with my dad; it was a good year and a half of real heaviness. So I had that song… the music I’d written in about 5-10 minutes. I was actually on hold with my insurance company. If you’ve ever done that you just don’t know how long it’s gonna be. So, I ended up writing that bit of music just for fun, just to be like fuck it, y’know what I mean? Then being at her house on a Sunday afternoon, and she’s like “whaddya got?”

NT: Were there other songs on the record that came together as naturally as that one?

JB: I’ve always found that stuff that other people react to always comes pretty fast. Especially like the slower ones towards the end of the record. They all came out in like five or ten minutes, and then it’s like months of post-work to them. There are songs on this record that are crazy-orchestrated things that did take time to design. But I would say that all the ideas, all the starting points were written very fast. The thing is I’ve become so proficient as far as recording and making music on a laptop that making a song for me is super fast. It’s not days; it’s like minutes.

NT: Debbie Gibson appears on one of your early singles – “RCVR”. How did that come about?

JB: Yeah, that’s one of my favorite moments about this record. I’d gotten off tour, my dad had passed away… and my buddy Ryan, who helps look out for me as far as like business and things like that… we were just hanging out at a bar one night, talking about what other things life has for us. At some point in the conversation, he just kinda looks at me and says “if you could work with anybody on the planet, who would it be?” And, Debbie Gibson was the first person that popped out of my mouth. I didn’t even think about it. And he was like “what?” Y’know, because everybody’s expecting you to say somebody like Grimes or somebody that’s “in” right now. And I was like “dude, I have a dream about working with [Gibson]!”

And then the next night, at like two in the morning, I get a call from him. He says “I’m at a party, and I’m standing next to an old buddy of [Gibson]. He just called her and she says she’s totally down.” It was just one of those things that some people call it “The Secret”, some people call it positive motivation, or whatever you want to call it. You just gotta ask. Because the worse thing that happens is people don’t respond.

JB: It’s like Kimbra – who I’m a massive fan of – her last record just blew out the back of my head. And, just through mutual friends, we ended up meeting up and started working together. And I was just like “hey do you want to sing on this?”

NT: Have these experiences changed your perspective on life?

JB: Yeah, with my old band and this last record, everything was me. I did everything. I wrote everything, put everything together, and even mastered it. This time around, it was kind of cool to be like hey why don’t you take care of this. It’s less pressure for me. And so now I’ve walked away from this record being like oh it could be anything. It could be a bunch of people or it could be me by myself. There’s just no rules.

I don’t know what your art form is that you use to express to the world, but sometimes you get stuck in certain ways that you think is the “right way”… and unless you’re a doctor or a building engineer, no one’s gonna die if you do it wrong. (laughs)

NT: If you were able to paint broad strokes, how did being able to invite others to be a part of the record end up shaping it?