Interview with B Boys 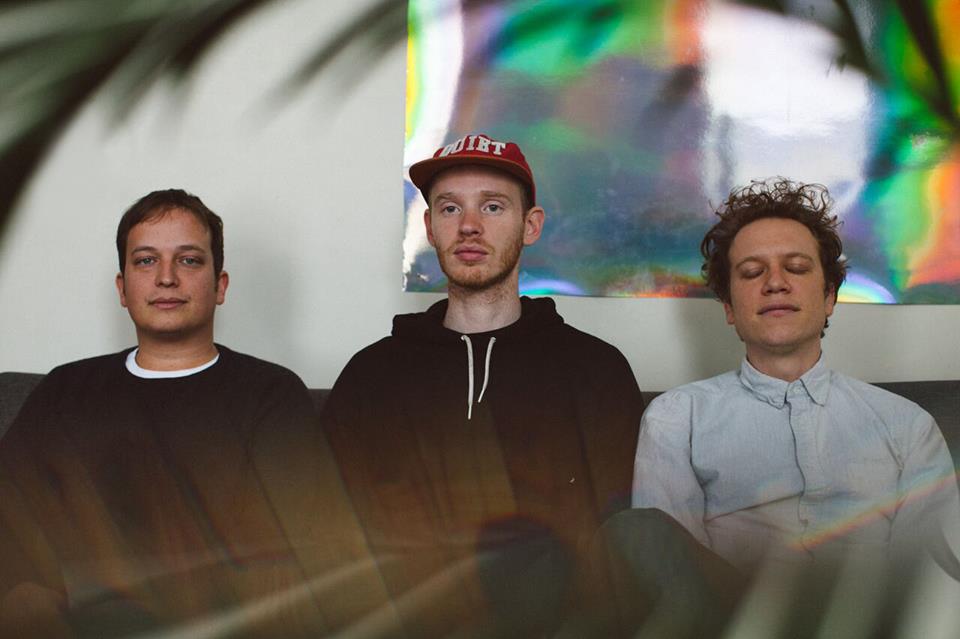 B Boys broke out of their Brooklyn bubble in March with the EP No Worry No Mind on Captured Tracks, and the announcement of a North American tour opening for Parquet Courts. Andrew Kerr, Britton Walker, and Brendon Avalos make music to dance to, thrash to, and get hot and steamy to. With a new demo expected later this summer and hype over their tour, No Worry No Mind is just a teaser. Boasting in their bio “a relief from the mania, an expression of duality, an extension of Dadaism,” their sound is art punk stripped down. Northern Transmissions contacted Andrew Kerr and Britton Walker between recordings in a Brooklyn flat.

Northern Transmissions: What is your current situation?

Andrew Kerr: Right now we’re in Brooklyn, which is where we’re primarily based out of, I guess. We’ve all been spread out recently, but we’re back together now.

Britton Walker: Yeah, Andrew’s been living in Florida, kind of. But hopefully not anymore. Me and Brendon work in the city. We’re working on demoing the new album, so we’re here for a bit.

NT: I read that your EP No Worry No Mind are songs you had already worked through live, and you’re going on tour next week. Will you be performing songs from the new album?

AK: We’re always just writing stuff. Every time we get together we write something. We have a good batch of songs that we’re demoing in the space right now, recording the album, maybe for late summer.

NT: Based on blogs and reviews, you seem to play a lot.

BW: We recorded No Worry No Mind last May. At that point we had been a band for a little less than a year. But actually, we haven’t played that much because we have spent a lot of the last six months apart. In the last two years we’ve only played 17 shows, or something.

AK: I think it does help to test [songs] out in front of people. It’s exciting for us to create something new and be able to let people hear it.

NT: I ask because so many bands are making music on laptops and having to adapt to live performances, but B Boys is playing it old school, playing live first.

AK: Yeah, I think it’s important to showcase the urgency of a recording by playing it live. The songs change sometimes.

BW: I feel like we’re always going to make a good album, but I think playing a really dope live show is more important to me. I mean, they come together, so obviously you want to be good live. You want to have a good balance between the record and the live performance.

AK: I wouldn’t say it’s either one. It is a much simpler answer. At our rehearsal space we didn’t have a band name, and Britton and Brendon are both ‘B’ names, so on the calendar we wrote B Boys.

BW: It doesn’t make any sense, really. Because we didn’t have a band name we put it on the calendar. After, we were thinking about names that one came up as a joke. But the guys couldn’t imagine it being any other name— but we do have a love for the b-boy culture, too.

NT: Song titles on No Worry No Mind seem to reference anxiety, self-consciousness, or mental unrest, such as “Psycho,” “Other Head,” or “Get a Grip.” Some lyrics take on a quality of mantra or affirmations, kind of counteracting this anxiety. Is the nature of these songs site-specific to Brooklyn?

BW: I would say everyone in B Boys, and almost everyone I know has some varying degree of anxiety. What it’s about for me, is more like time and space than geographic location. I don’t really think about it too much. I can’t speak for Brendon, but I am just talking about my experiences right now in a way that’s relatable.

NT: What’s your relationship to the song “Psycho,” which I notice appears twice on the album as different renditions?

AK: One of our good friends and semi-guru told us one night that he had a dream of us playing two “Psychos” at a show and, I don’t know, it just came into fruition.

NT: Normally people wait after the album is released to rework songs.

BW: Yes, but at the same time they are both completely different songs, I feel.

AK: Yeah, like two sides of the same geode.

BW: It was a beautiful accident. When we’re playing we’re just being silly all the time, making stuff up and telling jokes. That’s how the whole “Psycho” thing came to be. Brendon was just like, “Let’s play that riff,” and then we started laughing, and then it just turned into a whole other thing … We’re also working on a dub version of “Psycho,” but I don’t think Brendon is going to want to do it.

NT: As one of many bands making punk music based off obvious influences like The Fall, Wire, and The Stranglers, how do you stay relevant? What makes your sound unique?

AK: We don’t often regard the songwriting process, we just make the songs that come naturally to us when we’re together in the same room … Relevance is not really something we strive for. Everything we listen to has its influential flourishes, and stuff.

AK: Yeah, I guess to answer your question, what makes [B Boys] unique is that we’re always pushing ourselves experimenting with songwriting structures in relation to production. The way that this album sounds is not the way we will always sound.

NT: In your bio you explain that B Boys is an extension of Dadaism, and on social media and Tumblr your handle is bboysdada. How does your music reference Dada?

BW: I know this sounds a little acoust-y, but I feel like it’s just like a feeling, like it’s a philosophy that doesn’t really have to be put into words. Obviously there is a nod to the whole Dadaist art and writing period that was about experimentation and trying to piece things together differently. So I guess we take that sort of approach to our songwriting. But also, it’s more just a feeling.

NT: Your album art is quite minimal, and your photo documentation and press photos have a lo-fi, disposable camera aesthetic. How conscious are you of developing a B Boys brand?

BW: I think brand aesthetic is just important for everything, for everyone. We want everything to be done the best way it possibly can. That’s an aesthetic we came up with, and it will just be a thing that we experiment with … We have a lot of really talented friends [who collaborate with us], and for all of them aesthetic is very important.

AK: We’re all visual artists, trying things out. I think we want to keep being creative as much as possible. Having a sort of brand aesthetic, I feel like that definitely comes into play.

BW: And with me and Brendon being designers, minimalism is the approach to take because less is more. Keep it simple, you know?

NT: So Britton and Brendon both went to the University of North Texas in Denton, and so did members of Parquet Courts, who you will be touring with. Is Denton a secret music incubator?

BW: I don’t know that it’s really a secret anymore. There are a lot of bands from out there. Parquet Courts is a good example, but there are definitely more, and music from across the spectrum.

AK: And that’s how we all met. Them playing in bands, and then playing in my house in Florida. We all have mutual friends through that.

NT: Where are you looking forward to touring?

AK: I’m excited to go back to Canada.

BW: Yeah, Canada rules … I’m definitely excited to go to Canada because I haven’t been there in a long time. Last time [on tour] we went to Montreal, and I just really love that city. I’ve never been to Toronto, so that will be really exciting this tour.

2. Charles Mingus — The Black Saint and the Sinner Lady

BW: I don’t even know if I can answer that question … I even feel like that list could be changing all the time.

AK: The best records depend on your moods.

BW: I feel like I could be listening to Hall & Oats or The Clash, and I would be a happy guy. Or Drake. I fuck with Drake every day.