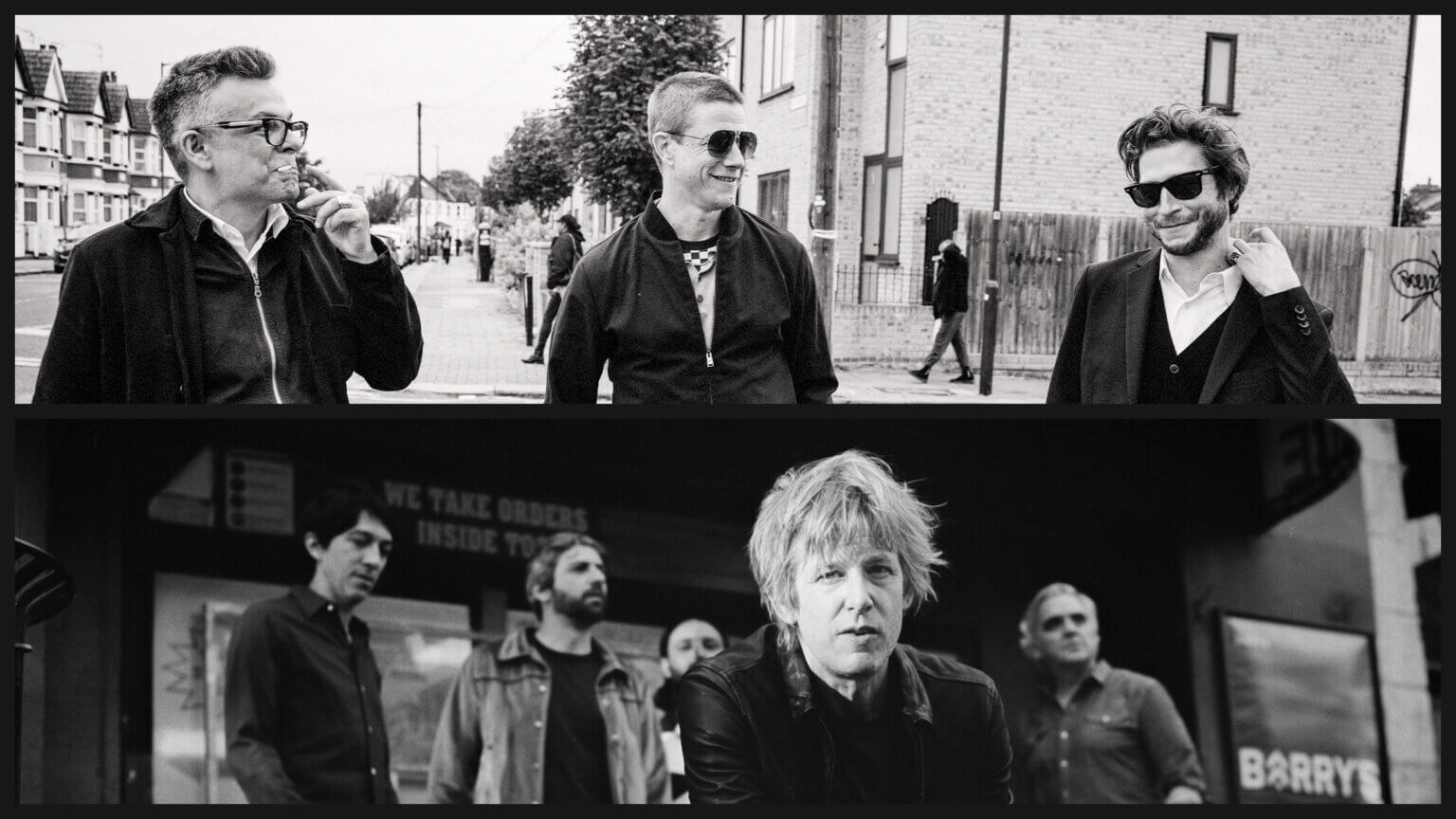 Spoon photo by Olive Halfin. Interpol photo by Atiba Jefferson
Share on TwitterShare on PinterestShare on PocketShare on RedditShare on FacebookShare on Email

2022, will see Interpol and Spoon will join forces for their “Lights, Camera, Factions” tour, a coast-to-coast run of North American co-headline dates that will also feature openers The Goon Sax. Interpol and Spoon have also announced new separate tour dates. The tour kicks off on August 25th in Asbury Park at The Stone Pony Summer Stage and concludes with a two-night stand on September 17th and 18th at Portland, OR’s Pioneer Square.

# Metric, Interpol, Spoon, Bartees Strange
% Interpol only
* Spoon Only
All dates with The Goon Sax except 8/26

#with Margaret Glaspy
*with Geese