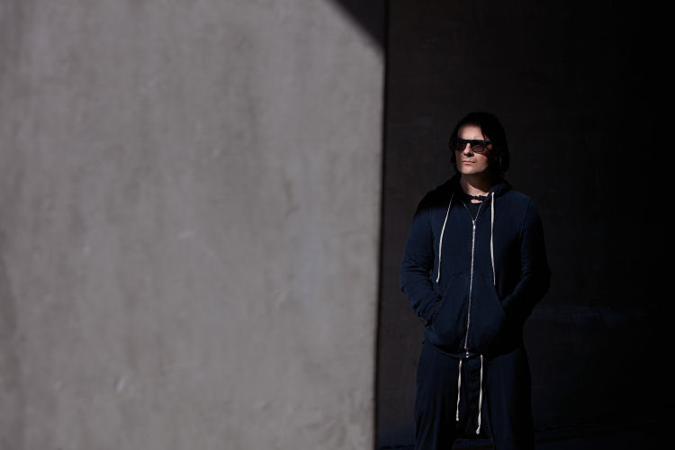 Ahead of the release of his sixth album, AVANTI, due for release on October 6th via Point of Departure, Alessandro Cortini (NIN, How To Destroy Angels) has shared the third single from the album “Iniziare”.

The tracks off AVANTI evoke a feeling of nostalgia through the warmth of their instrumentation and samples from Cortini’s grandfather’s archive, which bookend each track. Take opener “Iniziare” which, with its undercurrent of bass and swelling string-like motifs, is like a sepia-tinged photograph brought to life – at once elegiac and uplifting. Or the wistful “Nonfare” that, with its fuzzy, organ-like tones veiled by noise, sounds like a faded memory. While on “Vincere”, the lush layering of effervescent melodies with choral harmonies paints a picture of a carefree, sunlit scene from childhood, now painfully out of our reach.

After impressing Nine Inch Nails’ Trent Reznor at a series of auditions, Cortini joined the band’s touring line-up in 2005 and later contributed to the group’s 2008 album Ghosts I–IV and 2013’s Hesitation Marks. Despite NIN’s busy touring schedule, Cortini found the time to release a trilogy of double-LPs, named Forse, as well as two albums, Sonno and Risveglio, both on Dominick Fernow’s Hospital Productions label. The latter two initially started life as sleep aids which Cortini would play to himself while on tour. Only later were those makeshift lullabies fleshed out into ambient soundscapes of the borderlands between wakefulness and sleep.

On his follow-up AVANTI, Cortini has turned his attention to a different aspect of our inner lives – memory. The recordings that are sampled throughout the album offer us a deeply personal glimpse into Cortini’s childhood but they also have the effect of stir-ring our own recollections. “I wanted the recordings to facilitate this connection at an emotional level with the listener in the same way I feel connected to it personally,” he says. With AVANTI, Cortini has created a soundtrack not just for his own past but also for ours.