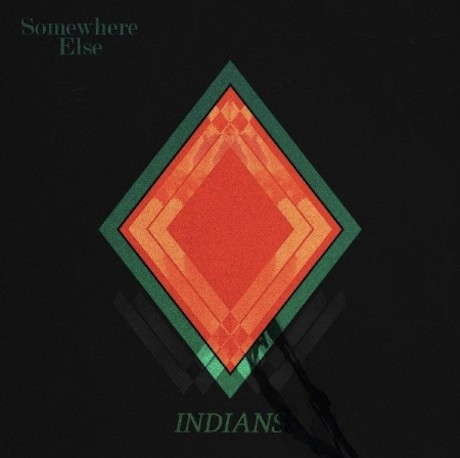 You’d be either really privileged or a liar if you didn’t dream of escaping the humdrum of the work-a-day lifestyle or longed for a route out of a dead end job or the constant barrage of bleak news feeds depicting economic decline and social unrest. Although Indian’s debut record isn’t a cure for modern times flaws, what it does present is a soothing respite, subtly the record is entitled Somewhere Else and its swirling blend of Lo-Fi electronica provides a welcoming sonic calm to such turbulent times.

Indians is a solo venture by Soren Lokke Juul and this musical project is still very much in its infancy, considering he only performed his first gig in his native Copenhagen in February 2012, it didn’t take long before iconic label 4AD snapped up the Dane and what then followed last year was a series of high profile support slots with the likes of Beirut, Lower Dens and Bear in Heaven.

Taking into consideration the home of Indian’s recorded work and their new touring chums, this should give a good indication of what audio morsels populate Somewhere Else. Luul’s debut is a subtle, yet enthralling marriage of the synthetic and organic, where electronics nestle up closing to traditional instruments and where our protagonist’s vocals are illusive and captivating in the same light. Setting up his stall somewhere between a much calmer Passion Pit and The xx at their most aloof, Indians inhabit the nocturnal, this is music that exists in the early hours of the morning, where digital waves of noise gentle waft in and out of consciousness while incandescent key motifs skip and shudder.

There is an inventiveness with Somewhere Else that shows Luul isn’t afraid to experiment with his art, opening track ‘New’ possesses strange beats that sound like table tennis being played by the gods and then ‘Melt’s cascading electronics actually sounds like an icy landscape is slowly dissolving in your speakers. ‘Reality Sublime’ takes on the role of a synth led hymn, as if angels have hijacked the album’s electronics for a future/retro ethereal experience. Somewhere Else wouldn’t have been harmed if the experimentation was ramped up a notch but as a first stride into the limelight it hints at a promising future.

Somewhere Else isn’t the answer to life’s little problems but it does offer a window of serenity amongst the chaos.