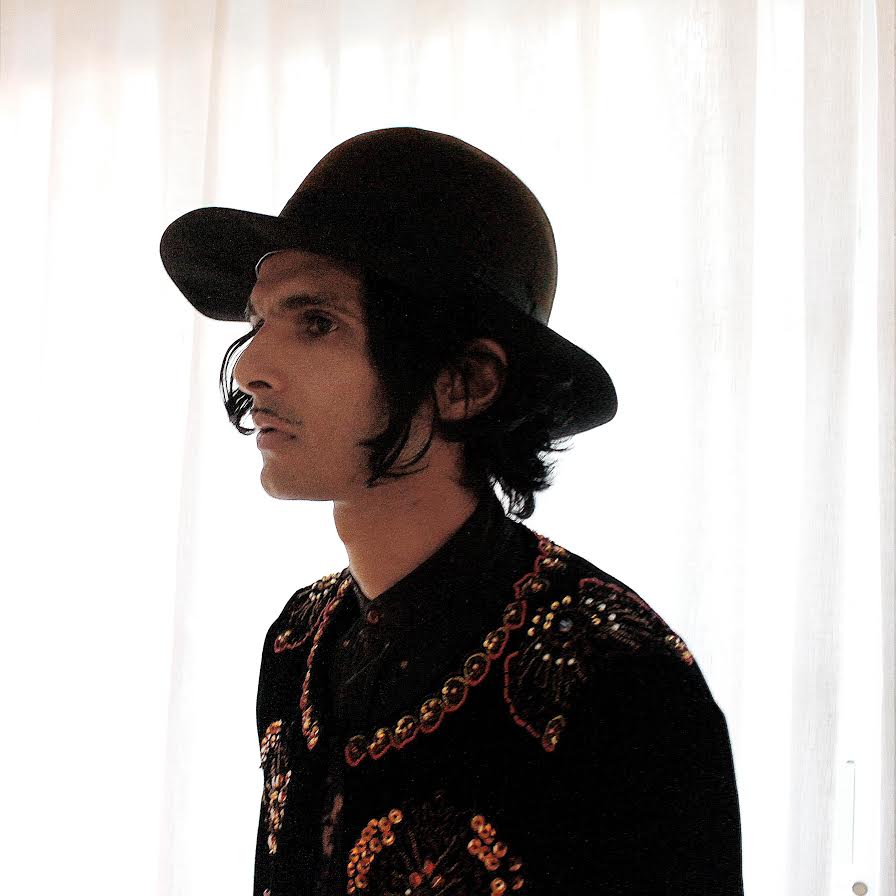 Imaad Wasif’s Dzi comes from The Tibetan Book of The Dead. Pronounced ‘zee,’ the word translates to “shine, brightness”. Dzi may or may not contain references to love, paranoia and delusion. Characterized by Wasif’s psychonautic sound, it’s a marked departure from the acoustic guitar and folk rock style established by The Voidist and veers more into the uncharted territory of indoproto-dream metal. Wasif, an Indian singer, songwriter and guitarist, known for his simplistic compositions and dark emotional ballads contrasts vulnerability with riffs that strive against the notion that rock n roll has completed its historical trajectory. Dzi is a foray into psychedelic rock, and credited as “the last Western rock album to integrate Indian raga sounds.”

Wasif’s new album is described as “an off the cuff abandonment of processes, both in writing and recording. A choice to forgo modern technology, screens and infinite tweaking in favor of basic recording equipment and live takes.” Dzi was recorded on a Tascam Cassette 8 track in a conscious decision to tap back into the primitive thrill, the spontaneous energy, the subconscious stream and entanglement in the mysteries that first drew him in to music. On a search for some true spirit amidst others obsessed with celebrity mystics, “warlocks,” Arthurian myths and the Kaballah, Dzi is awash with religious subversion and the “the nearest album to a magick treatise that I’ve written.” In the aftermath of recording Wasif was able to halt his rapid descent as a paranoid recluse in LA, drawing pentagrams on walls and carpets to conjure demons & stop throwing associates out of recording sessions because he was convinced they were witches and believing that they were plotting to steal his semen to create the Antichrist.

To date, Imaad Wasif has released three solo albums, 2006’s S/T (Kill Rock Stars), 2008’s Strange Hexes (World In Sound), 2011’s The Voidist (Tee Pee) as well as numerous collaborations. His credits include early slo-core noise pop duo lowercase (Amphetamine Reptile), his psych folk band alaska!, albums with Lou Barlow & The Folk Implosion, and Grim Tower, a deathfolk album with Black Mountain’s Stephen McBean. He has also recorded with Yeah Yeah Yeahs, Lykke Li and co-wrote songs with Karen O on the soundtrack for Spike Jonze’s ‘Where the Wild Thing Are’. His forthcoming album, Dzi, was produced with Bobb Bruno (Best Coast) and will be released in Spring of 2017 on Grey Market.