iDKHOW Find Their Spark on Razzmatazz 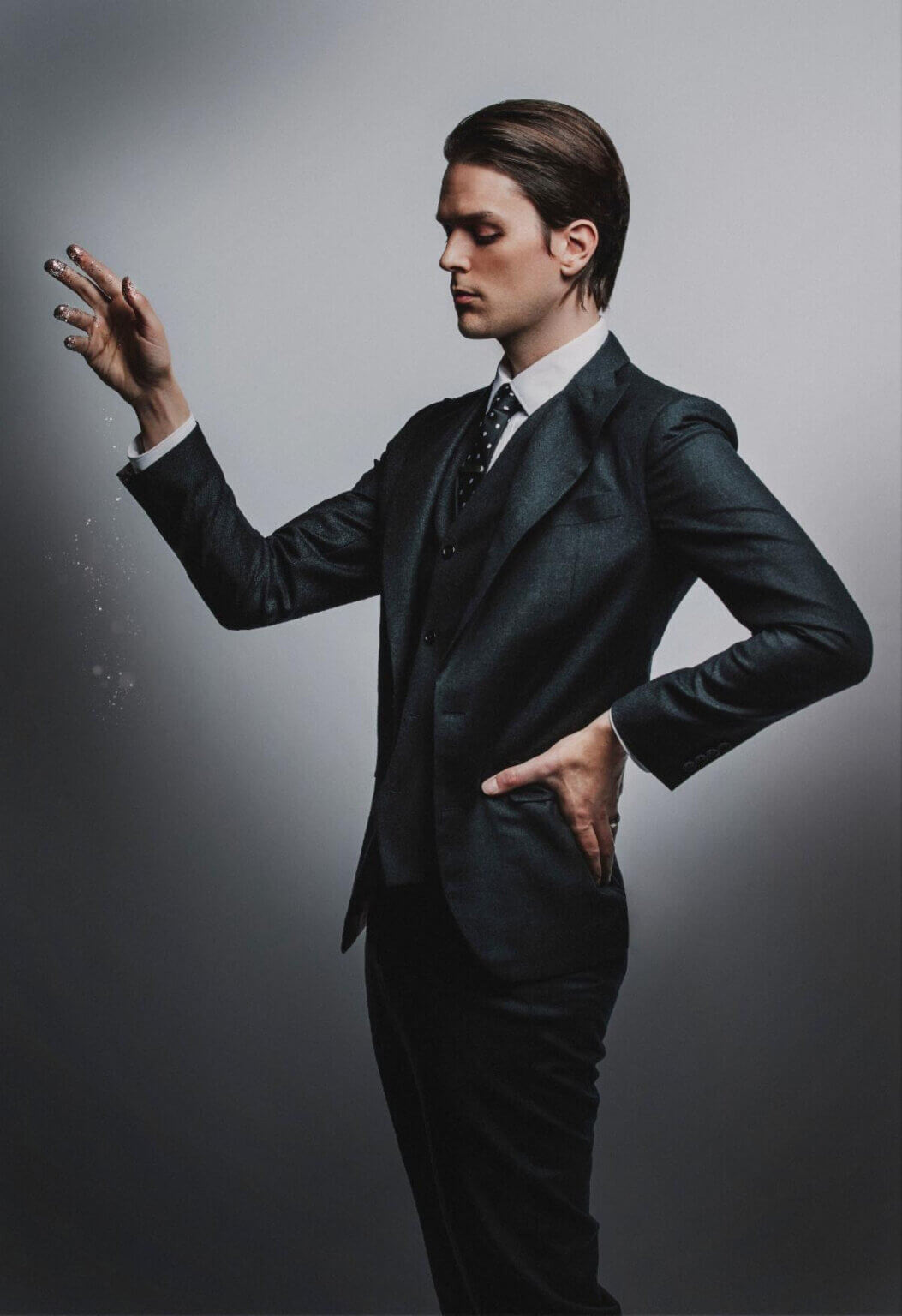 In the world of popular culture, we seem to be at a point where not much mystery can actually exist anymore. For the last decade or so, anyone has been able to find out everything that they can possibly know about an artist, music or movie with a thirty second Google search. Back in the day when you heard something that excited you on the radio or saw a music video on television that captured your attention, you would actually need to leave the house to find out more about this specific thing. It is definitely nice to have all this information at our fingertips but there is a lot to say about keeping some mystery intact. I Don’t Know How They Found Me AKA iDKHOW have been doing their best since they became a band to try to keep some of that mystery, that excitement around.

The band, a project of multi-instrumentalist Dallon Weekes formerly of Panic! At The Disco, started playing small, secret club shows a few years back when himself and bandmate, drummer Ryan Seaman of Falling In Reverse, were on hiatus with their more prominent touring acts. Because of the fact that they were both employed with these acts, the duo decided to keep things on the more secretive side before they noticed, maybe partially because of this, that the people lucky enough to stumble upon them were becoming more and more vocal online in trying to discover exactly what this thing was. The band released a handful of singles starting in mid 2017 and then their first EP entitled 1981 Extended Play, which saw their songs shooting up the charts and amassing an extremely impressive 42 million streams on Spotify. Now, with their debut album, Razzmatazz, coming out October 23rd via Fearless Records, we got to chat with Weekes all about their secretive beginnings, their writing and recording process and where they can go from here.

“I’m at home in Salt Lake City right now,” the thoughtful Weekes explains when we reach him on Zoom. “Just doing what we can to stay safe and keep the kids busy.” The singer/songwriter and his wife have two children at home and now Weekes has found himself in the happy position of being more of a stay at home dad since the band’s ability to tour has dissolved due to the pandemic. Previously Weekes had been on the road more than not. Touring with Panic! At The Disco saw him playing huge shows around the world and amassing a series of gold and platinum records for his songwriting work on that band’s chart topping Too Weird to Live, To Rare to Die! album. When Weekes started writing the songs that would eventually make up Razzmatazz, he realized that this was an avenue he wanted to more fully explore. He then enlisted Seaman to play drums and IDKHOW was born. The phrase “I Don’t Know How But They Found Me” was a spark of an idea that Weekes had been kicking around as a lyric for quite some time but it seemed to make sense as the project’s name as he wanted to keep an aura of mystery shrouding the band. “I had the phrase ‘I don’t know how but they found me’ in my head but back then it was something I thought would be a lyric idea or a song title,” Weekes says. “Once we got started with this band and playing the shows in secret, it seemed like a good way to use the phrase and book shows under this as the band name.” Along with the new name, the impetus of an idea was formed where Weekes wanted to craft a mystifying backstory for the band. Stories online detailed a band seemingly out of time.

There was video footage of them in the 1970s and 80s all the way up to some indeterminable future. Weekes loved the idea that if someone Googled the band they would come up with nothing super straightforward about them. “The idea was born out of the concept that artists usually make art as a reaction or a reflection to the things going on around them. Using this fictional story line was a fun way to comment on the state of the industry which is constantly selling things to people. It just seems like it’s non stop now. You go online, to a band’s social media and it’s a barrage of ‘click and subscribe’. When I was young, if something sparked with you on the radio or tv or whatever you literally had to go out and chase whatever that thing was down. It was also the fun aspect of having this secret thing that seems exclusive plus we didn’t want to just throw everything in your face. Mystery is a hard thing to have in the musical landscape today. Three minutes online will let you know everything about that band. I wanted to recapture that thing where 20 years ago you would have to run out to talk to people at the record store. I feel that your discovery of this thing makes it mean all that more to you instead of having something being so easily accessible.”

The secretive nature of the group seemed to pay off for the duo. “Yeah it was pretty crazy for awhile,” Weekes explains. “It felt like we were playing catch up with people but we were doing this band on our terms and on our schedule when we could away from the acts that we were employed with. It seemed to snowball out of control but that is a great problem to have as we did want to build this all from the ground up.” Being in such a well known act for so long, it must have felt daunting for Weekes to step away from it to start his own thing but these experiences showed him the things that are important and also an idea of the way that you want to work moving forward. It was daunting, though, to not only come from such a well known background but also to have the first few singles they released met with such an amazing modicum of success. “I think that it is true anytime you leave a job. You take things you enjoy and apply that to your next position as well as reminding yourself of the things you don’t and leaving those things behind. The exact same can be said for the music business. You are just applying the things you want to keep from what you’ve learned in your new projects.” Weekes does mention though that it isn’t always easy to create these new things in a vacuum. “I would say that we could ignore any of the pressure we felt but that would be disingenuous. You want people to connect with what you are doing and you don’t want to be alone in your enjoyment of it but I do try to not invest too much into that. When you are creating your art you want to please yourself first as you are going to have to live with this stuff so much longer than anyone else,” he says with a laugh.

The album is something that Weekes has definitely put a lot of time and thought into. Razzmatazz is a blast from front to back. All huge, soaring melodies and a ton of theatricality, Weekes spent his time locking into exactly what he wanted his debut to sound like. Although he did start the writing process for these songs at home, on his guitar or piano, the idea behind everything was to flesh these out as much as possible before actually stepping foot into the studio. “All the trial and error happened when demoing this stuff at my house,” he explains about the writing and recording process. “It’s funny because inspiration can come from anywhere at any time. Mowing the lawn or at three AM when you are trying to sleep but I knew to have something set on the horizon with studio time, it was important to try to be prepared as possible. It is frustrating to translate what I am hearing in my head to the songs sometimes. I’m still learning how to record at home but I really want to come up with a proper blueprint for these songs even though my home recording skills are pretty limited. I just find it allows for a more focused studio experience and then you are able to find the moments to get weird and experiment, which are my favourite times. I’ve only had a handful of opportunities, I can count them on one hand, of actually going into a proper studio but I never want to really ever stop learning. It can feel easy at times to make your own music but the challenge becomes wading through the static and the noise. This kind of challenge, that’s the good stuff.”

With Razmatazz on the verge of release and the more traditional aspects of touring and promotion not happening at the moment, Weekes is even more open to trying his hand at what they can do to connect with people that love their music. “We are pretty open to anything and everything. We want to play this music more than anything else but it’s tough as things keep changing. Everyone seems to be grabbing at straws with planning and no one knows what to do next. We definitely embrace the opportunities to play if we can but not ever at the expense of anyone possibly getting sick. This all has really made me appreciate playing live more than I ever had before and how much I have realized that I need it in my life. It’s a form of therapy. It’s an hour of escapism. There is this aura of paranoia and stress that surrounds everything you do these days and it’s caused us all to really reflect on everything that we do and have done. If we do get to that point again, when we can play shows, it is something that I won’t take it for granted at all. There has been a silver lining for me though and that is to be able to be at home this long with my family.

The last ten years or more I haven’t been around as much and as much as I miss playing shows, this time with them is invaluable to me.” As much as is the case with the idea to keep IDKHOW shrouded in mystery as much as possible so Weekes could pass on the excitement and joy of really discovering something you love on your own, he has also found through this project that he is re discovering the love that hadn’t felt in music in a long while. “It’s been nice to be able to find ourselves through this band. We had been relegated to these certain roles in other projects for so long and while those experiences were amazing they do come with a lot of rules. There’s usually a whole list of things you aren’t allowed to do and say and to step outside of those rules, to rediscover the spark that first made you want to do this, to pick up a guitar for the first time has been incredible.” 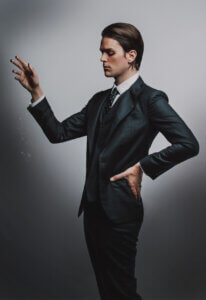