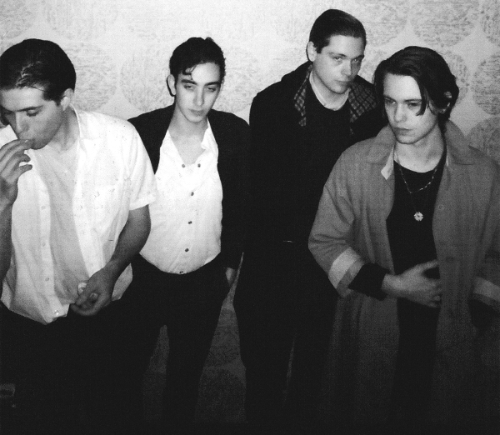 Iceage have announced a second run of North American and European tour dates in support of their latest Matador release Plowing Into The Field of Love, their third release for the label. The four-piece band from Denmark are Jakob Tvilling Pless (bass), Dan Kjær Nielsen (drums), Elias Bender Rønnenfelt (vocals), and Johan Wieth (guitar) will playy shows in March, including their first ever appearance at SXSW and then return for a block of shows in June. Stops include, Bonnaroo, NXNE, Sled Island. Iceage has been touring Europe and Asia since their last North American tour. They are currently recording new material.