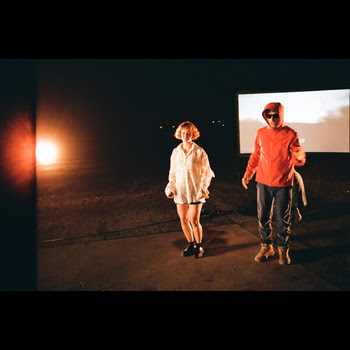 Singer/songwriter Kacy Hill recently shared her song “I Believe In You,” the track featuring Francis and the Lights, and his of her forthcoming release Is It Selfish If We Talk About Me Again, due out on June 19. “‘I Believe In You’ is about finding faith and purpose in the relationships I keep when I feel hopeless,” Hill says. “I hit a point where I needed someone bigger than myself to believe in, and the concept of God as an almighty power hadn’t felt like it was right for me. Instead, I found comfort in the small bits of happiness that make life a little easier every day. Things get better and sometimes all I have to do is be present to enjoy them – that in itself is something to believe in.”

In December 2017, Hill connected with Francis and the Lights and producer BJ Burton (Bon Iver, The Japanese House) in Minneapolis, where they started laying the foundations of Hill’s forthcoming record, Is It Selfish If We Talk About Me Again. In the following years, the remainder of the record was completed between L.A. and Minneapolis, with the help of another of Hill’s collaborators, the producer Jim-E Stack (HAIM, Caroline Polachek).

After being on the road with Kanye West and Vanessa Beecroft for the YEEZUS tour, she signed to G.O.O.D. Music. Her EP Bloo came shortly thereafter, showcasing the range of her voice on tracks like “Foreign Fields” and the anthemic “Arm’s Length.” She was featured on Travis Scott’s “90210” and Kid Cudi’s “Releaser.” Hill ended her deal with G.O.O.D. Music in 2019. She says cutting ties with the label led her to soul search through her music. “It’s forced me to evaluate why I’m doing what I’m doing,” she says. Combined with the Olympic-style competitive weightlifting Hill picked up a couple years ago, which she says has helped her be honest with herself and hold herself accountable in all aspects of her life, Hill is on a whole new path.