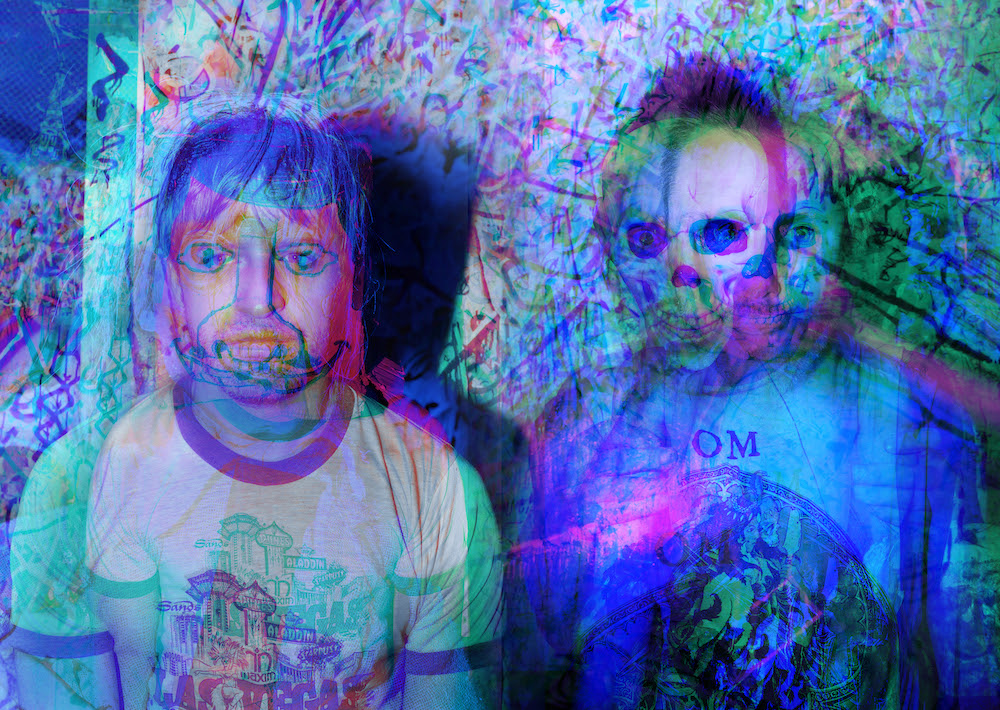 Lightning Bolt’s single “Hüsker Dön’t,” off the duo’s current release Sonic Citadel, “features defiantly poppy sounds and bass work from Brian Gibson and some of drummer/vocalist Brian Chippendale’s clearest and most personal lyrics”. According to Chippendale. “The lyrics are a sort of letter from beyond the grave to my son. I thought it would be a cool thing for him to discover later on. An Easter egg. Just a love letter.”

Over their career, the incomparable sounds of Chippendale and Gibson have been built on the ebb and flow between the power of raw, unbridled simplicity and a boundless, childlike sense of wonder. Sonic Citadel marks the duo’s most varied and diverse work since their seminal album Wonderful Rainbow (recently reissued on Thrill Jockey), exploring a large breadth of emotions between and within each song. Gibson and Chippendale again recorded with Seth Manchester at the esteemed Machines With Magnets to capture the abandon of their music with clarity and Gibson’s incredible dynamic range clearly to make the record as visceral an experience as their live performances.

Along with the news, the duo’s Load Records back catalog will be reissued by Thrill Jockey throughout 2019 and 2020.

And hey, if you work it out
You can build a time machine
Drop in to say hello
I’ll be waiting on the side of the sun
Oh yeah
We’ll crank the stereo
Take a tour around
While we’re out on the town
We can travel back
See all the dinosaurs
Maybe jump up on one
Piggy back the dragon lord
Abuba [“piggyback” in Korean]
Before the clock kicks in
In the glow of the first sunrise
Let’s go!