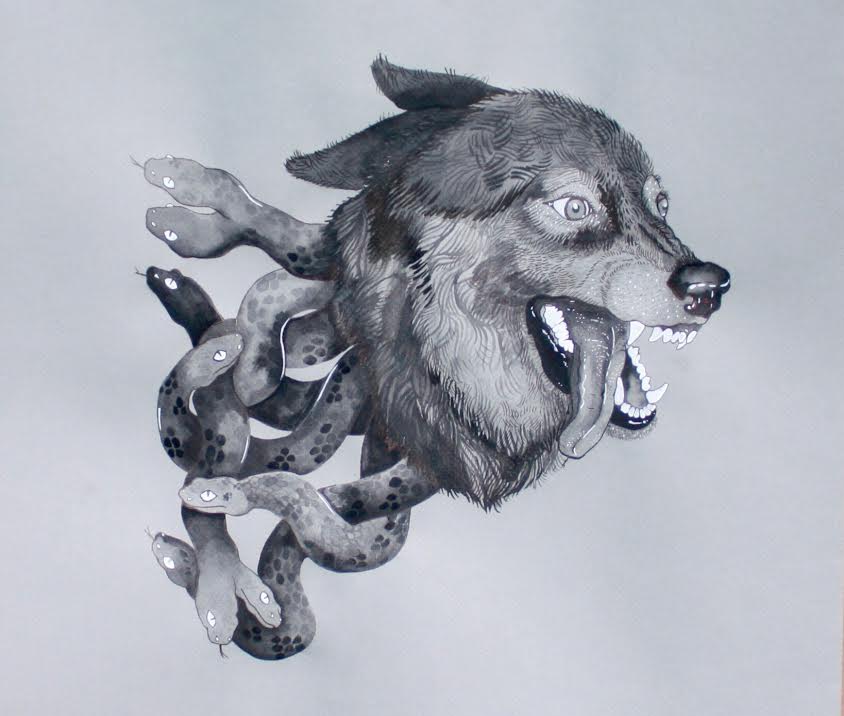 Human Behavior is the moniker for the Los Angeles-based folk collective, led by chief songwriter Andres Parada. Furnishing an uncomfortably personal collection of releases, live shows that border performance art, and extensive U.S. touring, Human Behavior has functioned as an achingly honest document of Andres’ personal life, charted to music that has swerved from glitchy americana, craftily orchestrated drone-folk, waves of spoken word over organic noise, and always presented under the guise of tradition – folk music for those who don’t like folk music. The ritualization of discomfort for those who are searching for comfort.

Their most recent reinterpretation of modern American folk music is their new EP, Cancer As Seen From Basement – a sonic sidestep in response to their 2016 full length, Kedumim. The music is an old-time passage between life and death, a compromise between the sudden passing of Parada’s father to cancer, and the discomfort of tradition as heard through Parada’s breaking voice atop sparce arrangements. Created in tribute to his father, Parada focuses the EP around an early 20th century banjo that he bought with his inheritance, to explore the parents of his sound – slow humming banjo from the Appalachians, bleak tin horns from the American 1940’s, like a monotone prayer read between Woodie Guthrie and Jeff Mangum. Live, these songs are never played the same twice – sometimes a three-piece savoring the space between notes, sometimes a ten person feast of loud gluttony, with Parada often backed up by L.A.-based freak-folk outfit, The Manx.