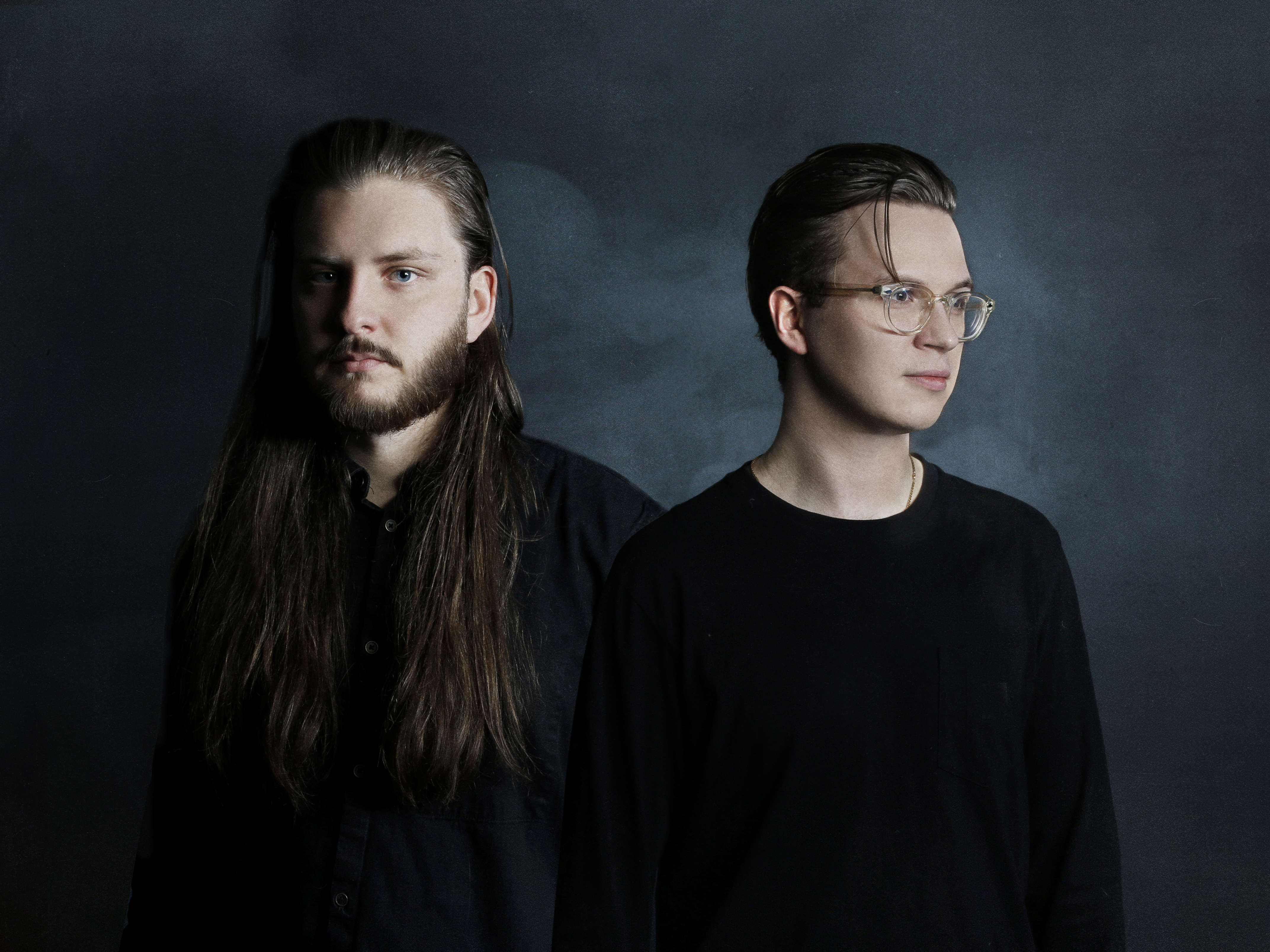 Icelandic duo Hugar, recently signed with Sony Music Masterworks. Ahead of their debut release Varða, they have shared a video for album track “Órói.” Hugar includes instrumentalists and musicians Bergur Þórisson and Pétur Jónsson. The duo combine a passion for music and an impressive resume working alongside fellow Icelandic luminaries Björk, Sigur Rós, Ólafur Arnalds and Jóhann Jóhannsson, the longtime friends and natives of Seltjarnarnes began writing music together in 2013. Through a series of impromptu sessions, Bergur and Pétur recorded and released their independent self-titled debut, a sweepingly multi-layered and ethereally ambient album, in 2014.

The new video for “Oroi” is the second in a series directed by Máni M. Sigfússon where the relationship between humans and the environment is explored. It follows a group of people trying to protect and shield themselves while leaving the environment unprotected and unshielded, featuring some unforgettable imagery from director that he first explored in the video for “Ró”, the first in the trilogy:

“The songs explore the contrasts between order and disorder – Ró being order and Órói disorder. Growing up in Iceland, you experience extremes of nature in everyday life, walking to school in a snow blizzard and riding your bike in the calm midnight sun. The songs are our attempt to put our everyday experiences into sounds.”