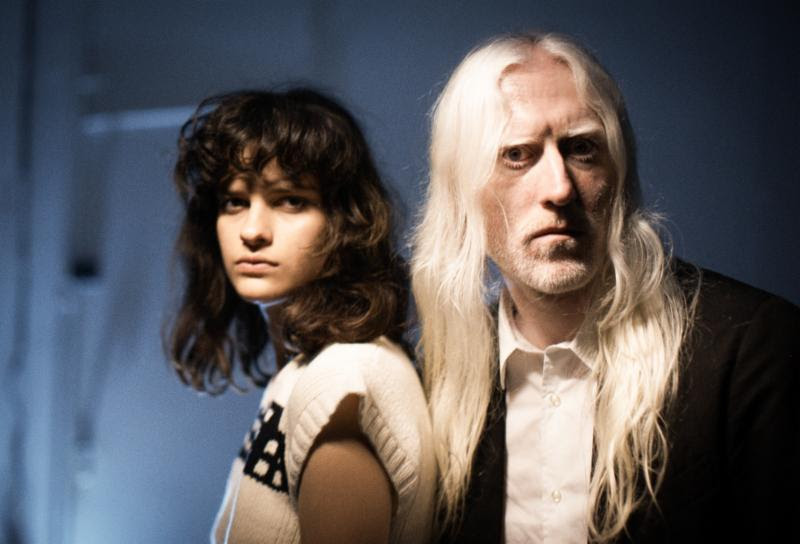 After the release of dark and absorbing debut Gothenburg EP that was released in April on Heavenly Recordings, today breakout experimental duo audiobooks are happy to share brand new track “Hot Salt”. The single is now available to stream.

Speaking about “Hot Salt”, Audiobooks say: “We wrote and recorded ‘Hot Salt’ on Midsummer last year, channelling the sun’s rays through a magnifying glass of 70s synths and electric sitars to initiate a Donna Summer Solstice.”

The new project from producer/mixer David Wrench (Frank Ocean, The xx, Caribou, FKA Twigs) and artist/ model Evangeline Ling, the duo began making music after a chance meeting at a party. Soon after, the recordings that became their debut EP for Heavenly Recordings came to life. The band explain that “the EP brings together some of the different elements that make up what audiobooks is, taking four tracks from the already large body of work we have recorded over the last year.”

“’Gothenburg’ captures the energy and excitement at the outset of a creative friendship,” David and Evangeline say. Following ‘Gothenburg’ is “Pebbles”, “the result of an experiment in telepathic songwriting. Entirely improvised and unedited it was recorded before going to a barbecue.”

If you’re going to call your band audiobooks, you’d better get your stories straight and Evangeline Ling and David Wrench have great stories, assuredly. Their songs are full of them; discombobulating observations over discomfiting oscillations. There are woozy fly-on-the-wall accounts of boozy art gallery openings and out of body journeys through the capital at night, all stretched out over stuttering, glitchy glam electronics. They manage to be spontaneous and playful yet fully focused, as if driven by some pagan design, Audiobooks ride the sharp neon lines that run between the north Wales coast and the grubby heart of after-hours London. These songs are Pulp fictions of an inhuman league.

Evangeline studies fine art at Goldsmiths College, working primarily with paint & pencil as seen in the artwork for “Gothenburg”. David is best known for his work as producer and mixer for the likes of Frank Ocean, The xx, Goldfrapp, David Byrne, Caribou, FKA Twigs, and many more artists pushing the boundaries of contemporary pop music. Though new, the duo have already gained cult momentum in the UK for their dynamic and unparalleled live performances