Hop along release new video for “Somewhere a Judge” 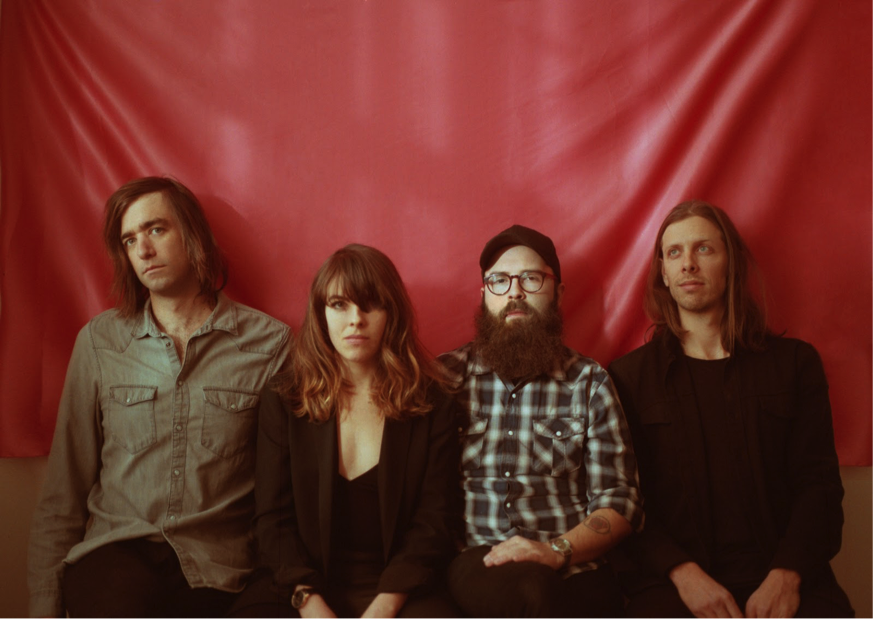 Bark Your Head Off, Dog the current release by Hop Along, was released earlier this year via Saddle Creek. Today, the band has shared a playful video for album track “Somewhere a Judge,” which invites viewers behind the scenes on the road, in the studio and documents the new Hop Along mural – which has just gone up on the Studebaker building in Philadelphia – done by the artist Noségo. Woven together by Derrick Belcham.

Hop Along will wrap up a massive North American headlining tour with a final stop at Pitchfork OctFest in NYC on September 9. They will bring their dynamic, powerhouse live show to stages across Europe on tour with The Decemberists this fall. Full list of tour dates below and here.

Self-produced and recorded at The Headroom in Philadelphia by Reinhart and Kyle Pulley, the formidable 9-song collection is the band’s strongest and most cohesive album to date. Crafted by Frances Quinlan (songwriter, lead vocalist, and rhythm guitarist), Tyler Long (bass), Joe Reinhart (guitar), and Mark Quinlan (drums), the album considers what it’s like to cast off longheld and misguided perceptions, yet without the assurance of knowing what new ones will replace them.

Led by singer/songwriter/guitarist Frances Quinlan, Philadelphia’s Hop Along make impulsive, punk-injected indie rock. The group emerged from Quinlan’s lo-fi indie folk solo project called Hop Along, Queen Ansleis, which released one album, Freshman Year, in 2005. Her brother Mark Quinlan joined her on drums in 2008. Tyler Long followed on bass in 2009, and the name was shortened to Hop Along. After releasing the EPs Wretches and Is Something Wrong? in 2009, their first band full-length, Get Disowned, was recorded piecemeal over a two-year period at Headroom Studios in Philadelphia. It arrived in 2012 to a warm reception by the indie music press. In 2014, they added Joe Reinhart on guitar, and Hop Along signed to Saddle Creek Records. Noted in part for its raw, candid lyrics, their sophomore album, Painted Shut, followed a year later and landed on several high-profile year-end lists, including Rolling Stone’s 50 Best Albums of 2015. It also appeared on Billboard’s rock, independent, vinyl, and Heatseekers charts. Hop Along returned in April 2018 with Bark Your Head Off, Dog. Also recorded at Headroom, it featured an expanded palette, including strings and backing vocalists.