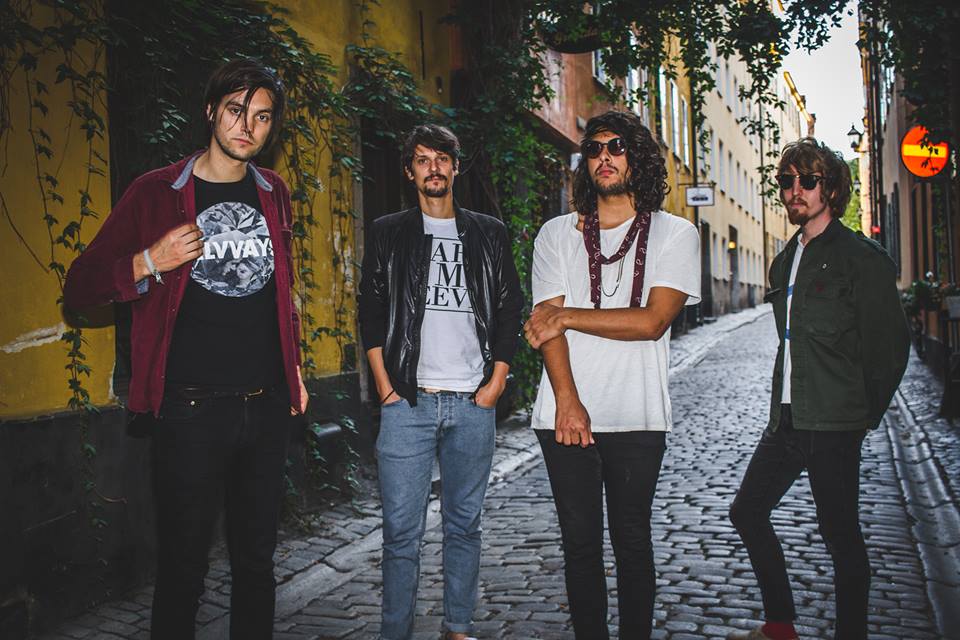 Honeymilk are a psychedelic/indie-rock act from Stockholm, consisting of Marcus, Nikki, Tomas and Erik and play a blend between The Strokes, Ty Segall, Wilco and Velvets. The Sweden-based quartet are about quality and energy alike.

With their soon-to-be-released single, ‘Psychrocker’, Honeymilk wanted to write a song about “people with more arrogance than they merit. People with a bigger idea of themselves, than their talent can live up to,” the band says. When they had finished writing the song, they came to the conclusion – to their greatest disappointment – that they actually wrote it about no other than themselves. “Psychrocker is simply a tribute to Honeymilk.”

The sound of Honeymilk sees a firmly anchored bass and percussion gives the output a rolling direction of travel, whilst the vocal calmly brings the elements together.

Featuring De Montevert, the new single, “Psychrocker”, is due out on the 1st of October via Label259.