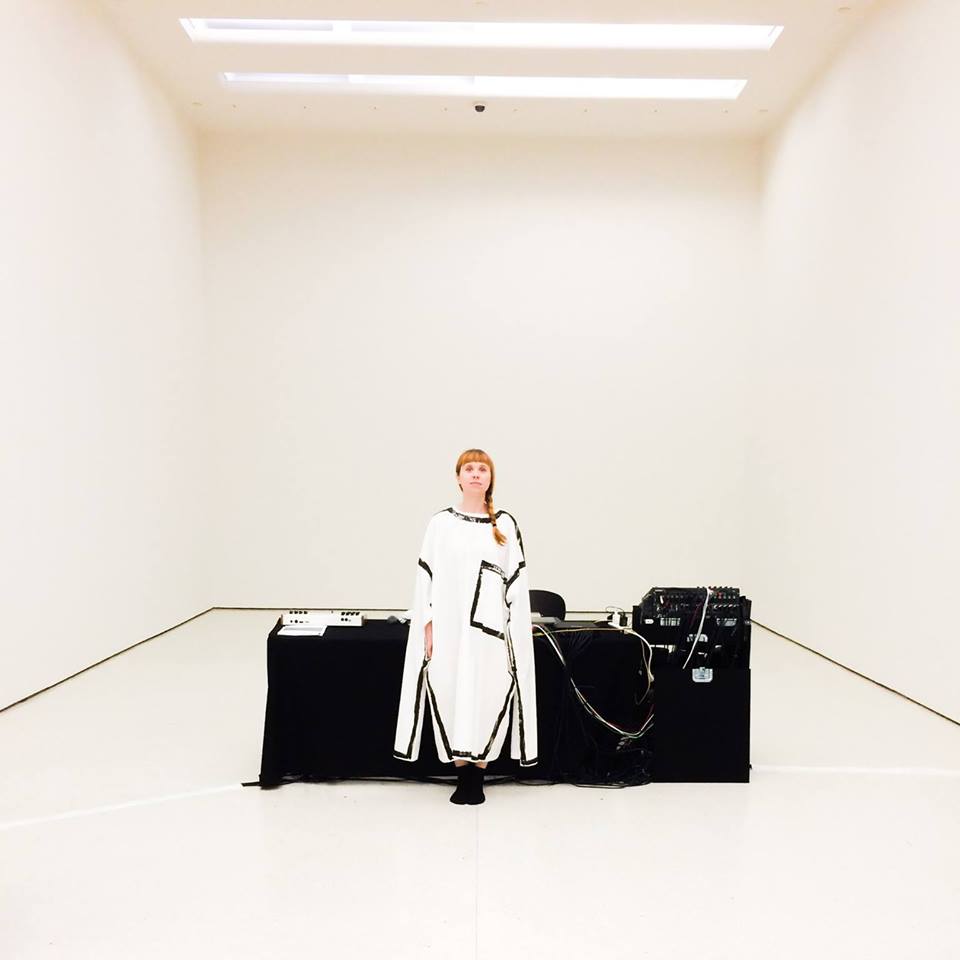 Holy Herndon has announced the release of her new album Platform, On May 18th, it will be released through 4AD and RVNG Intl. Today, she shares a preview with the video for “Interference.”

Born in Tennessee, but reared on music abroad, Herndon broke out from her years in Berlin’s techno scene for a move to San Francisco, where she stll lives and studies as a doctoral candidate at Stanford’s Center for Computer Research in Music and Acoustics.

To make Platform, Herndon has opened up her process to vital artists and thinkers from her creative circle, including radical Dutch design studio Metahaven and digital DIY artist Mat Dryhurst, leading by example to tackle a host of topics ranging from systemic inequality, surveillance states, and neo-feudalism. Platform underscores the need for new fantasies and strategic collective action.

Herndon’s album Movement, released in 2012, showed Herndon’s fascination with trance and the disjunctive sampling techniques pioneered by avant-garde composition. Subsequent singles “Chorus” and “Home”, rolled out in advance of Platform, humanized the laptop by celebrating its capacity for memory-storage and lamenting its vulnerability in light of revelations of mass surveillance.

Offering what Herndon describes as “a rupture, a paradisic gesture”, Platform is an optimistic breakthrough for Herndon, an appeal for progress, and a step toward new ways to love.

Following on from their treatment for “Home”, Metahaven have collaborated once more with Herndon on a video for Platform opener “Interference”, which she has shared today.