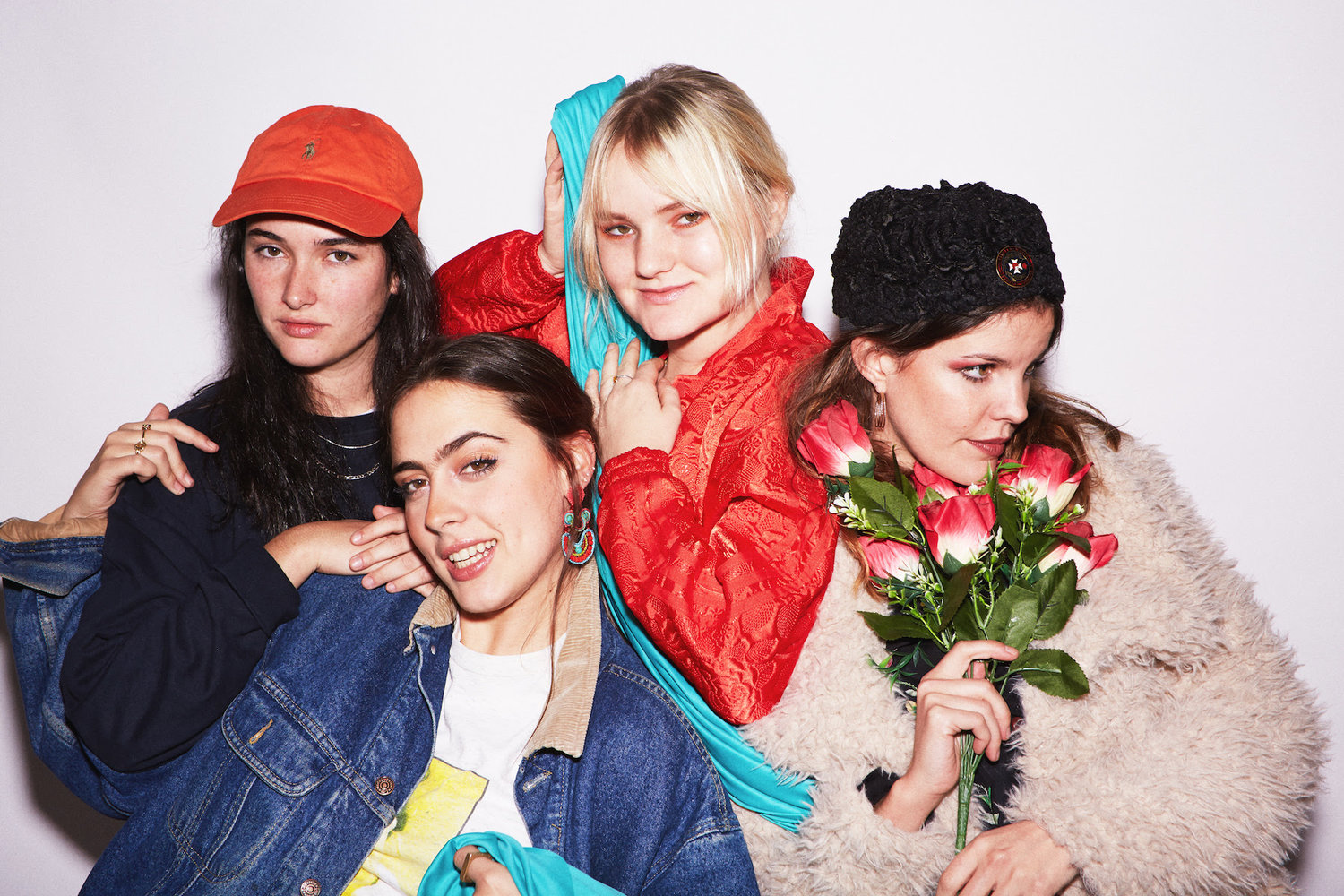 As the remedy to over-polished music, Spain’s Hinds have been making fun and brash pop without feeling like they’re underselling themselves. For their sophomore record I Don’t Run, the band took extra time to find the right sound and feeling to make their record work while working with the right people. We caught up with Hinds on their North American tour to discuss writing from struggle and why young female bands are struggling in Spain.

Northern Transmissions: I understand you guys felt like Leave Me Alone was done in a rush, so what did you want to do differently on I Don’t Run?
Amber Grimbergen: We were touring all the time, and we never had time to go to Madrid. We need to be 100% focused to write, and that really didn’t happen for Leave Me Alone. For this album we took a month and a half off in Madrid to write and play music.

NT: I also read you wanted to be more honest on this record, so what did that mean for you?
AG: It was mostly lyric-wise honestly. For Leave Me Alone, the lyrics were full of metaphors and on this one they’re much more to the point. It’s so much easier for people to relate to the lyrics this way.

NT: It was also interesting reading how much of the album came out of struggle for you all on personal levels, so how do you keep that sort of writing fun?
AG: It had to do with the moment we were in during the writing but it turned into the writing of those songs, it’s hard to explain.

NT: What did Gordon Rapheal bring as a producer to I Don’t Run?
AG: He was the first big producer we’d ever worked with so we were pretty nervous about it. He let us be ourselves, and it was nice. He was super free, and whatever we asked him he would say “Choose the sounds you like.” He made us feel very confident in ourselves and that was also very cool.

NT: Why do you think you’ve had more trouble being such a hit in Spain, and why do you think musically Spain feels a little more antiquated?
AG: Well we’re a girl-band and they seem to feel weird about that. We’re also very young and sing in English. People here work differently, they need you to have five albums and be more adult. They need more experience from a band to trust them. Here they have the same bands playing the same festivals every year, and appearing in the press all the time. In the U.K. and U.S. press they trust new bands more, it doesn’t matter if you only have one song they’ll still go to your shows. It’s getting better and more bands are coming up here.

NT: One thing that’s always stood out to me about your sound is the harmonies that just ooze this happiness, ugliness and live all in one, how do you keep this sloppy sound without being painfully off-key, or is it a bit of group synergy mixed with musicianship?
AG: It’s partly because we’re not musicians really, we’ve all only been playing for five or six years. We make the songs the way we know how to, and we don’t have any rules. That’s really the key to it.

NT: I understand “Linda” was a pretty interesting challenge since you were all taking a softer approach on that song?
AG: It was a delicate song to record. We didn’t have that much time in the studio so we were under pressure. We had to make it right and it was hard to find a way to do that song and make ourselves happy.

NT: How did “Ma Nuit” come from a spur of the moment writing session?
AG: Ana and Carlotta took a trip to the beach before the album and came back with this song. Carlotta started singing in Spanish for the first time, and we liked it. We tried putting the full band on it and thought “Woah, we don’t need to change this.” We kept it in the most naked way. We record a lot of the songs as we write them on our phones, but we really wanted to have the song sound like the phone recording. We went to the living room of the house our studio was in, put the mic in the middle of the room and it was still too polished. We ended up playing the recording through a small amp and then recorded it on a phone, and that recording is what’s on the album.