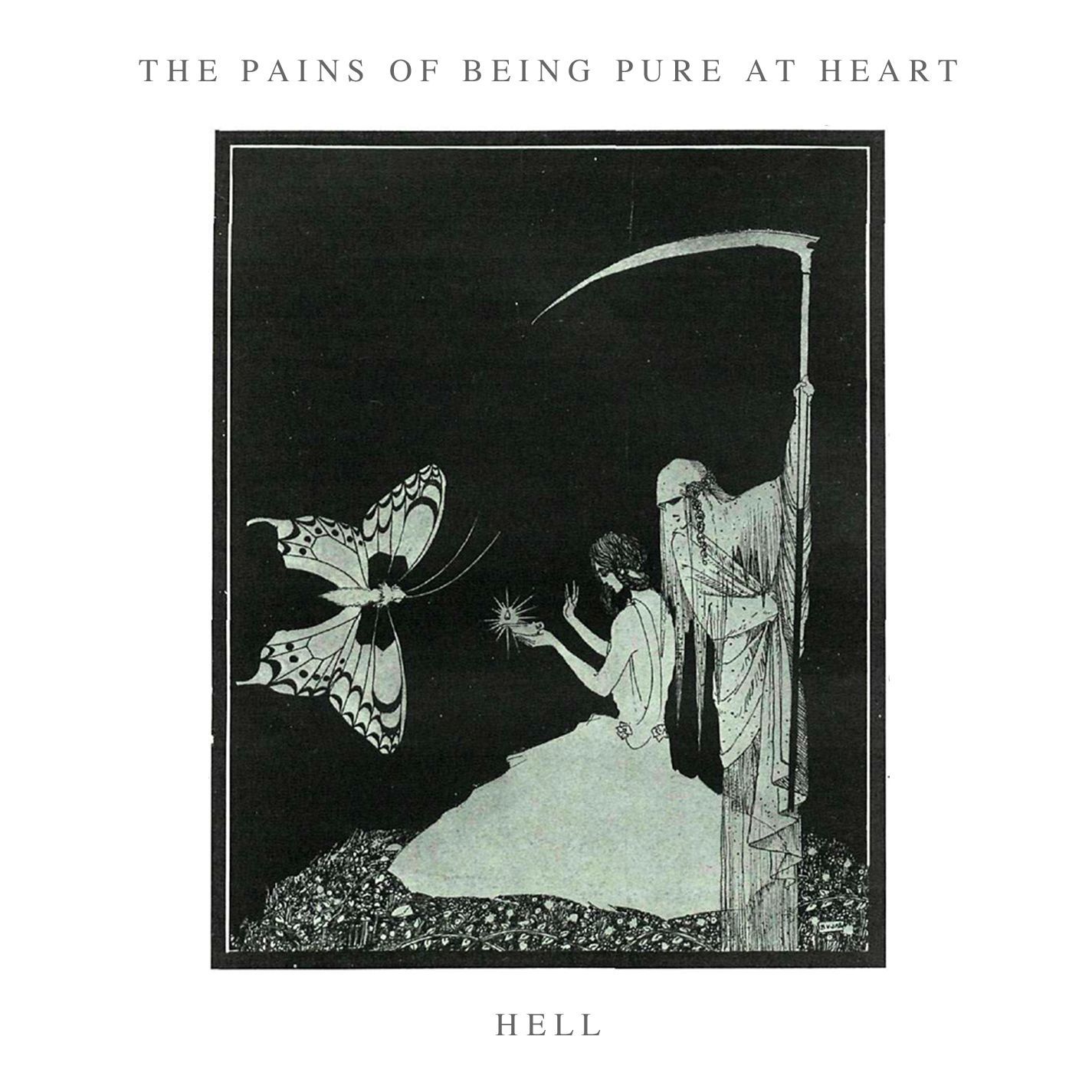 The Pains of Being Pure at Heart

The Pains of Being Pure at Heart may have started out playing scrappy fuzz-pop, but their sound has grown increasingly sprawling and ambitious over the years. On 2011’s Belong, they embraced muscular alt-rock influences, while last year’s Days of Abandon was lavish, pristinely clean pop. Meanwhile, any semblance that the band was a collaborative partnership was lost, as all of the original members save for singer-guitarist Kip Berman gradually departed, and it became a glorified solo vehicle for the frontman.

With the Hell EP, this transformation continues. The title track was originally a solo demo that Berman wrote for Days of Abandon, which he posted online back in August after going through a hard drive full of unused material. The reaction from listeners was evidently positive enough that Berman decided to flesh it out with a proper studio recording, and that new version appears here along with a couple of covers.

This rendition of “Hell” sounds relatively similar to demo: it’s a bright, snappy funk number that takes clear cues from Orange Juice’s minor ‘80s hit “Rip It Up.” Its sampled, clap-along disco swagger and choppy electric strums make it by far the most danceable instalment in the band’s catalogue, while the Motown-style horns, spacious keyboards and rich harmonies drive it a joyously lush crescendo. During the outro, Berman manages to turn the grim phrase “We’re going to hell” into a celebratory mantra. While the ornate arrangements on Days of Abandon were sometimes overbearing and didn’t do much to improve Berman’s sensitive style, the arrangement here sounds fantastic, and the cheerful vibe suggests exciting new possibilities for the Pains’ future.

The covers are less revelatory. The rendition of “Ballad of the Band” is a natural choice, given original artist Felt’s influential status in the lineage of jangling indie pop (Berman has always been an Anglophile, after all). This crisp, keyboard-laced version sounds slicker than Felt’s version, but it’s otherwise a fairly faithful recreation: Berman even stretches’ his breathy voice to an ever-so-slightly more sneering timbre, somewhat alluding to Felt singer Lawrence’s Lou Reed-esque delivery.

The version of James’ suggestive 1993 hit “Laid” is similarly straightforward, with spacious electric guitar tones adding a sense of soaring grandeur to the descriptions of passionate sex and emotional dysfunction. Here, Jen Goma of A Sunny Day in Glasgow reprises her role from Days of Abandon as a part-time lead vocalist, and she sings with a power and expressiveness that’s distinct from Berman’s usual passivity. It’s a solid performance, but it sounds like very well-trodden territory given that there have already been some relatively high-profile covers of the tune over the years.

But even if the cover of “Laid” is superfluous, it does hint at Berman’s possible aspirations for the Pains of Being Pure at Heart. With that song, James managed to marry mainstream sensibilities with a sense of underground cool, achieving commercial success on the strength of college radio popularity. It’s pop music with an undercurrent of subversion thanks to its sexual references and outsider protagonists — something that Berman has previously explored with songs like “Young Adult Friction,” “This Love Is Fucking Right!” and “Strange.”

Although crossover success has evaded this decidedly indie project so far, if Berman can take cues from “Laid” (plus keep writing songs as infectious as “Hell”), he stands a good chance of achieving it.