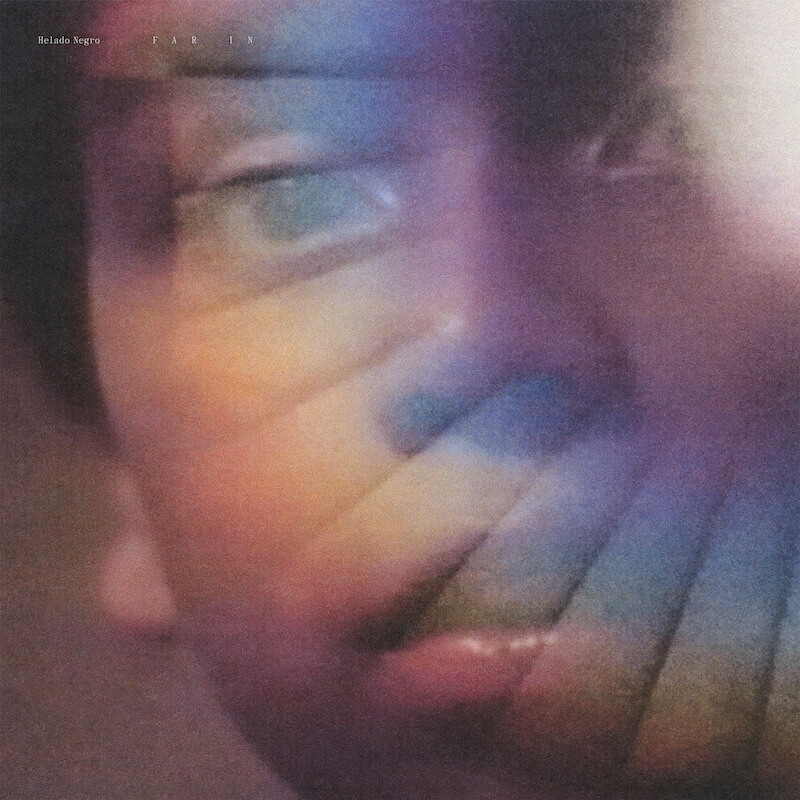 I found Helado Negro on a small indie label run by Sufjan Stevens and crew, Asthmatic Kitty, in around 2009, with his album Awe Owe, which WAS pretty AWEsome, with his buttery voice and experimental arrangements, his own form of latinx indie rock. Since then he’s become sort of a house hold name at places like NPR Music, especially with his timely hit, “It’s My Brown Skin,” which came out in 2016.

His latest venture, Far In, finds him fittingly on experimental electronic pioneers, 4AD records. If there was one drawback to his music, as compelling as it was, it was a bit understated and mellow. If you liked it, you liked it. If you didn’t, it might have put you to sleep. His latest venture, however, is as funky as hell. “Wake Up” is the phrase he uses a number of times in the first few tracks on this collection of “brown fluorescent” songs, and that’s what it feels like: like Robert Carlos Lange has woken up!

These are dance songs, love songs, dream songs. Anthems of our time, sung by a soul completely himself, but who takes from greats like Marvin Gaye and I’m sure his fair share of latinx greats. He has a song on the album called “There Must Be A Song Like You,” and from the start, up until this stellar album, you feel like you’ve met a soul that knows himself deeply and are thankful he’s been willing to break the mold and sing his own song. When you hear a Helado Negro song, you know it’s a Helado Negro song. And these are Helado PLUS!

About half the songs are sung in Spanish, one of the perks of Robert Carlos Lange’s music: the rich cultural legacy and the poetry fit for a melting pot world. “Oh take me to your galaxy now / Oh show me how you orbit around my mind / takes a little bit of time / To know how to be with you.” For the uninitiated it might take a couple spins to get into his freak folk electronica, but for those of us who have been listening for years, it is like coming home.

His titles are apt. “Outside The Outside,” “Wind Conversations,” “Aureole.” His music is all of those things and more. I bet all around Asthmatic Kitty they’re celebrating this triumph of an album and just how far Robert Carlos Lange has gotten in just over a decade. He has become an even better composer, all the while holding onto the DNA that made his first projects so great. It’s fun to see so many artists following their passions and growing their reach. The world needs to hear Helado Negro. He’s “far out” and after more than ten stellar albums, “Far In.”