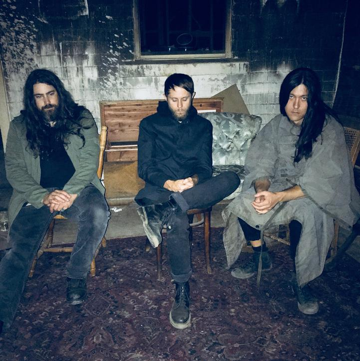 LA noise merchents HEALTH, recently collaborated with Youth Code, on the single INNOCENCE. The song is their third and most intense track yet in their series of collaborative singles. Revolver said, “the pairing rules.” Listen HERE. The LA-based band of Jacob Duzsik, John Famiglietti, and Benjamin Miller today also announced headlining European & U.K. tour following their dates supporting The Neighbourhood.

Sara Taylor and Ryan George of Youth Code, on their collaboration with Health:

“When another band hits you up it’s usually for a remix- but to be able to get in a studio and fire off ideas with someone else is a pretty magical opportunity. When HEALTH reached out to us we were amped to put our heads together and see what could happen. Two groups of noisy LA weirdos could only make for a maniacal track. It came together super quickly since we have a lot of the same influences and ideas but the way we execute is very different. I think it gave the track a lot of dynamics and were exceptional proud to bring this into the world.”