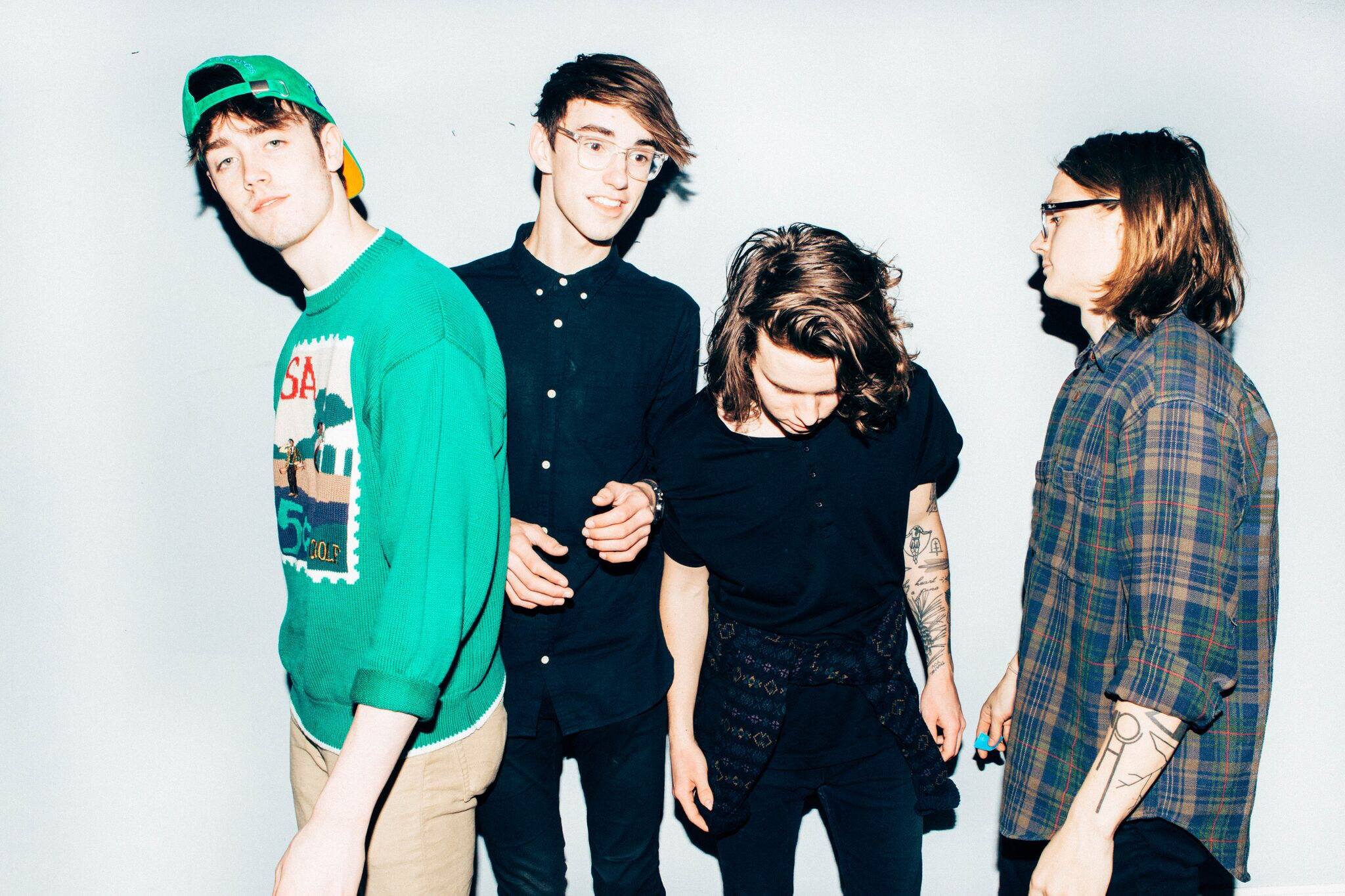 We shared many laughs with the guys – members Jake Luppen (Lead vocals, guitar), Nathan Stocker (Lead guitar, vocals), Zach Sutton (Bass guitar, vocals), and Whistler Allen (Drums) are clearly all very close friends, and have been for a while. They are currently on tour for their latest album, Landmark, released on February 24th, which has garnered solid reviews. Check out our conversation with them below.

I was at your show yesterday at House of Vans – you guys were amazing. How have you been liking Austin so far?

Zach Sutton: We’re having a lot of fun this year.

This is my first time here, the city is awesome. Have you guys checked out any bands yet?

ZS: We saw Blanovin? Blaynovin? Blaenavon. Sorry, I don’t know how to pronounce their name.

Oh yeah, I saw their name…No idea how to pronounce it either.

Nathan Stocker: Who was the first group before us yesterday?

How was Real Estate?

NS: I only caught the tail end of their set, it was a pretty chill show…Super psychedelic.

So you guys are from Minnesota, I’m from Winnipeg…So we kind of share a similar winter.

WA: [Gives me the thumbs down]

Are you guys Wild fans? You guys are having a great season.

I’ve watched the wild kick the Jets ass so many times.

NS: I like the Jets, isn’t Laine on that team?

Yeah, he’s our captain. He’s a huge beauty. I know a lot of great musicians came from Minnesota, how has Minnesota kind of affected you guys? We have the same winters, so I get being holed up inside.

NS: Yeah that’s definitely a part of it. The nature?

WA: If you’re thinking of Minnesota as a state, in terms of music we grew up with knowing that there was rich history of music in Minnesota. That definitely influenced us, it’s just a very creative and artistic city – Minneapolis is.

ZS: I think because it’s detached from Chicago, and it’s sort of way too far north to do anything. You aren’t going to stop through Minnesota going anywhere, you’re going to Minnesota…Or Winnipeg. It’s sort of self-detained and everything that happens there is an anomaly in itself…So whatever happens is supported because you kind of have to go to Chicago or anywhere else to get something.

Winnipeg is totally isolated I get that. How did the creation process of Landmark differ from the last one? I know for this one you guys worked B.J. Burton, a different producer – how did he affect the album?

WA: It was interesting. The major differences that I noticed was…The first time around that we recorded our EPs with Alan Sparhawk, we only had so many days. Going into it, working with Alan is like, “Let’s get in, let’s get the basics down, and just work with that and see what we got in two days.” With the new album we had months of time and so BJ really took that time to break us down and figure out a good way to recreate…or to just work with us. He was kind of like a 5th member to the band.

The artwork on Landmark is pretty interesting…Is that a contrived scene? What is the meaning behind that?

ZS: It’s actually where we wrote most of the songs, it’s kind of like our practice space.

And then the guy who designed it, we went to high school with him. He’s a good friend of ours, really nice – he thought it’d be cool to go with a graphic illustration sort of direction with the album cover, so he did that.

It looks awesome. How’s touring been, you guys have a huge tour ahead of you. How are you guys handling it?

WA: So far so good. It’s our first bus tour, so we get to like sleep at night, which is good, we don’t have to get like 4 hours of sleep and then drive 6 hours. So far the shows have been really good, crowds have been responsive.

Do you guys have any techniques to keep you guys energized?

ZS: [Let’s out a series of short moaning sounds followed by a final long one]

WA: With the bus and everything we’re able to eat better, and wake up in the city have some real food in our bodies, not eat like Mcdonalds and Subway all day. That fills you up for 5 minutes but doesn’t give you any real nutrition.

So you guys are linking up with Magic City Hippies for a couple shows coming up, how did you guys meet them?

NS: It was a recommendation from our management team, and then we checked it out and we really liked their music.
Yeah their awesome.

Can you guys name 5 albums that affected you guys and you’re sound, growing up and now?

NS: Revolver by The Beatles.

Jake Luppen: I Had the Blues But I Shook Them Loose by Bombay Bicycle Club. I don’t even know what that Last Dinosaur album is called

JL: Just listened to it a million times I didn’t bother to read it.

ZS: Currents by Tame Impala was a really big one for this album.

I saw him in Toronto last year, one of the best performances I’ve ever seen. He’s an amazing drummer.

JL: Yeah he is amazing, that last record is my favorite.

WA: Another Language by This Will Destroy You

Yeah Taurus. But didn’t everything get shifted once? Did you guys hear about that?

ZS: Yeah but fuck that.

ZS: I don’t know enough about this to really get into it.

Are you a big zodiac guy? What even is a Taurus? What’s our behaviour supposed to even be? [To JL]

JL: It’s a bull kind of thing. Temperamental…stubborn. Loyalty is a good one. Emotionally revealing I think?

That works well for a musician.

I guess I should have been a musician.

ZS: Emotionally slut is what I like to call it.

WA: [Pointing to my phone] What’s the difference between the recording app you’re using and the standard Apple one-

ZS: It’s our turn to interview you now. When did you first discover you liked doing interviews?

Two days ago when I did my first one.

ZS: Well that’s all the questions we have for you. Thank you for doing an interview.

What do you think of me?

Did I get the part? Am I in the band now?

I’ll be waiting for the call. Thanks guys. 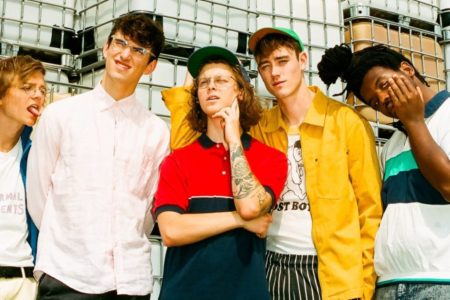 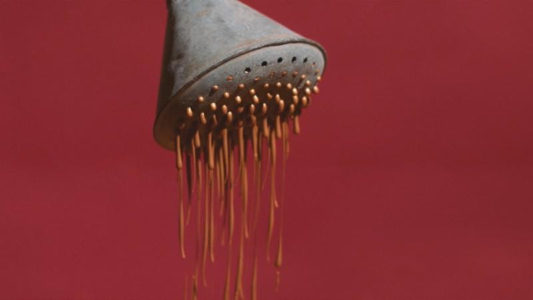