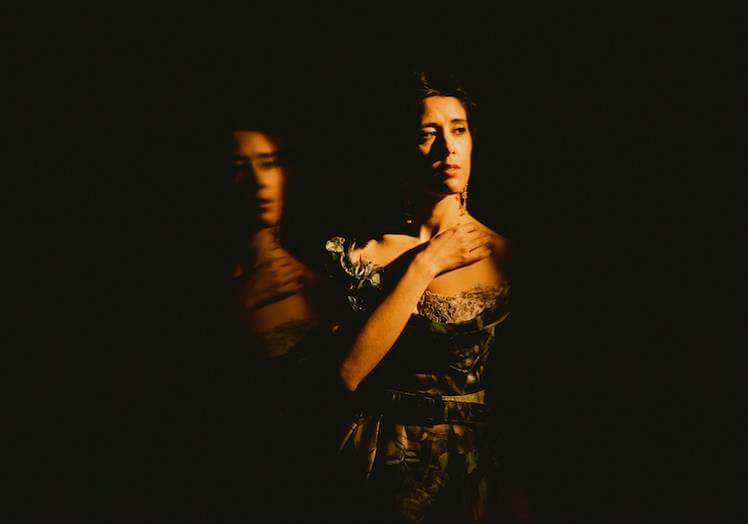 Singer/songwriter, and producer Half Waif aka Nandi Rose has surprise released a new EP entitled Portraits; The Portraits EP takes two songs from each of Half Waif’s ANTI- Records releases – 2020’s The Caretaker and 2021’s Mythopoetics – and recaptures them in their essential form, as piano and voice arrangements recorded live in Troy, NY. The result is a kind of sonic portraiture, rendering the melodies and lyrics in intimate detail. Nandi currently lives in the Hudson Valley of Upstate New York, where she is working on her latest record as well as her first book.

“I came to music and to songwriting when I was a kid, singing at a piano,” Rose explains. ”Over the years, I learned to build layered arrangements around the songs, which at times felt like a kind of armor. Returning to these voice and piano arrangements feels particularly vulnerable for me. There’s nothing to hide behind. But it also feels like a homecoming, a nod to where I came from. In this form, I saw the songs from a new angle — it was like we were meeting again after we’ve both done some growing up. Sometimes we can say more with so much less.”