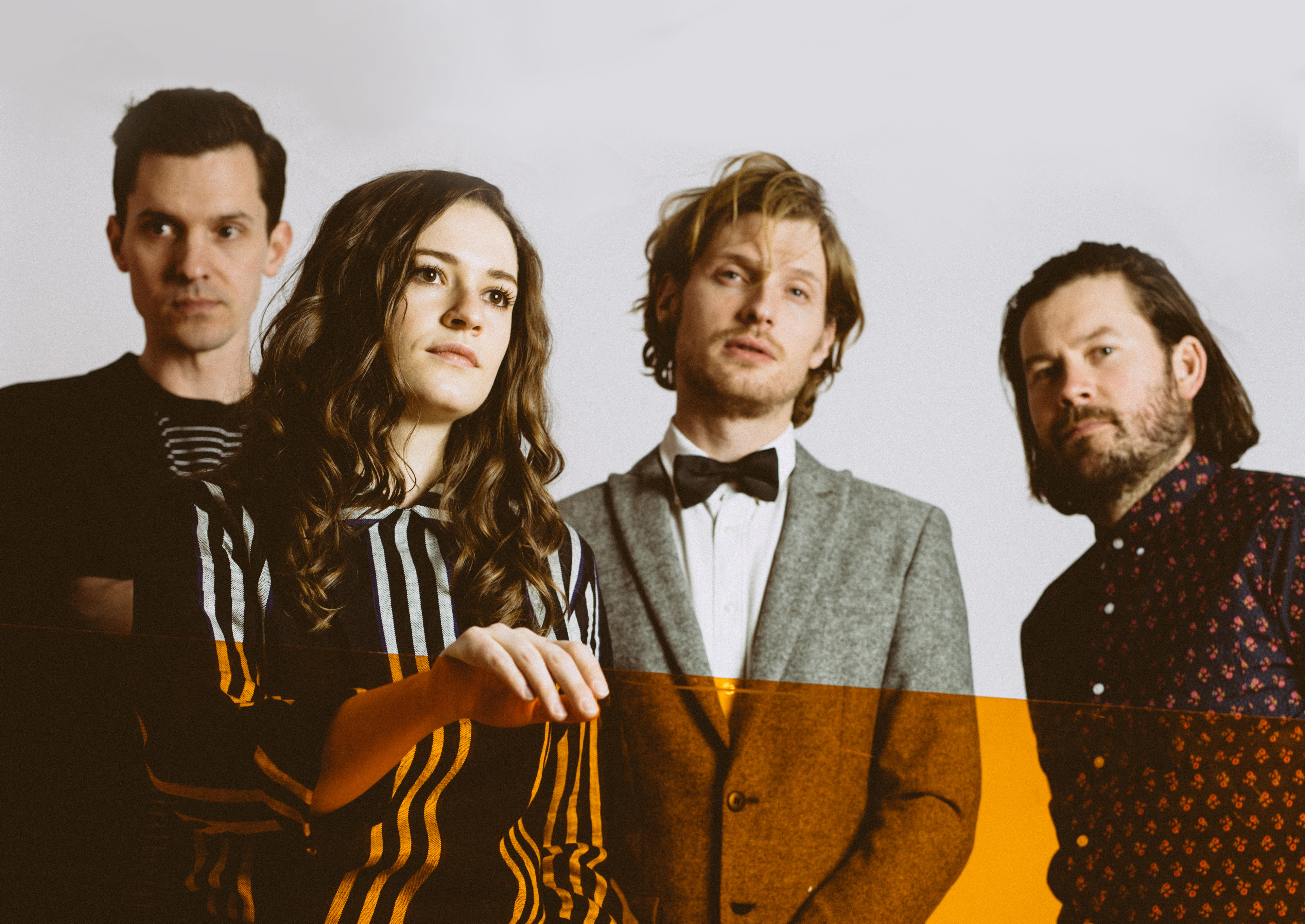 Graveyard Club (Matthew Schufman (vocals, synths), Michael Wojtalewicz (guitar), Cory Jacobs (drums) and Amanda Zimmerman (bass, vocals)) began inspired by a unique list of shared interests: the classic short stories of sci-fi author Ray Bradbury, the music of Ryan Gosling’s little-known band Dead Man’s Bones, and a fascination with both 50’s crooners and 80’s pop music. “My parents played a lot of oldies in the house as I was growing up,” recalls Matthew. “Some of my earliest musical memories were of hearing Roy Orbison, Everly Brothers, and Buddy Holly blasting out of the living room speakers. The melodies and emotion of those songs captivated me instantly. I was transfixed. As a teenager, I fell in love with the dark, synth-heavy sounds of The Cure and New Order. Since then, I have been frequently drawn back to the 1950’s and 80’s as a source of musical inspiration.”

A school teachers’ break room is an unusual location for a band’s origin story to begin, but Matthew and Michael first met through their teaching jobs in Minneapolis. And yet, any student of theirs who made up fantastical stories about what their instructors did after the final school bell rang wouldn’t have been let down to learn Mr. Schufman and Mr. Wojtalewicz were sneaking off after class to record music in a 19th century mansion. After releasing their first EP Sleepwalk, they invited Amanda and Cory into the Graveyard Club. A move that would not only add heft to their rhythm section but, but also introduce Amanda’s vocals into the mix as a counter balance to Matthew’s distinctive baritone.

Eventually winter would fade, and Matthew would spend evenings walking throughout the neighborhood of Cathedral Hill in St. Paul, soaking up the warm air. During that period he would often record demos with the windows open and the summer night slightly pouring into his apartment. Some of these airy summer sounds find their way onto the album, like the crickets chirping in the background of “Cassandra”. “Throughout all this time,” explains Matthew, “the other members of the band helped navigate the foggy mess of songs. There were some things worth keeping. Most things were worth leaving. Without them, I would’ve drifted aimlessly through it all, and given up on the pieces. They were the glue that made any of this ramshackle structure stay together. At the time, I really had no idea what I was doing, or where it all was heading.”