J Lloyd, one half of the British group Jungle, has produced a new mixtape called Kosmos. He produced and recorded it over a 72-hour period in April 2020. It’s all original music, an exercise on a continuous, unfiltered flow of recording, where each track flows and develops naturally into the next idea. The mixtape was written and recorded in order, meaning the atmosphere and tempo of one track influences the next.

The video for dropped on July 10th. They’ll be two singles that are medley’s “Apocalypse / If I Fall Under” and “Gotta Work Harder / Feelin’ Good” that dropped on July 7th. 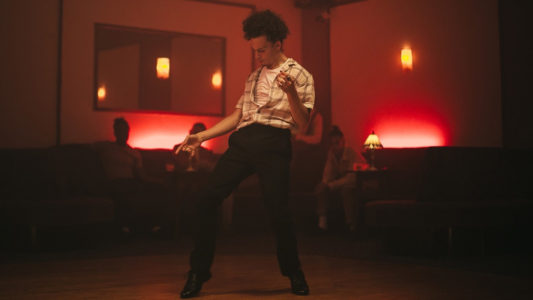