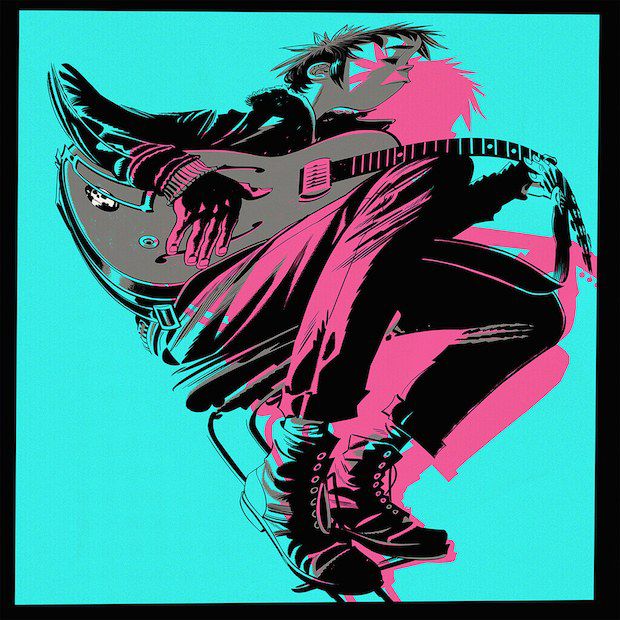 Decades into his career, Damon Albarn isn’t afraid to keep listeners on their toes. Switching from the collaborator heavy material of Humanz, his latest record as Gorillaz brings back his focus while taking interesting new directions. Using simple melodies with more sophisticated sounds, this record is more personal while leaving a bit of the single-power of previous Gorillaz records behind.

The glistening guitars that open “Humility (feat George Benson)” ooze the new sense of freedom that Albarn describes through the song. As the bass slinks along with every one of the vocals there’s so much fun in the grooves and the play of every little hook that the track is as pop as it is lushly detailed. As straightforward as “Tranz” is there’s something intoxicating to the little riffs that fly off the song. In his cheeky falsetto, Albarn returns to his primitive roots for a dark party track that mixes excitement with something worrying.

“Hollywood” is a strange track, as the flagrant lyricism of Jamie Principle and disaffected vocals would feel like a fallback if they didn’t fit the song’s commentary so well. Much of the track just can’t really standout though unfortunately except for the smooth and driving section that Snoop Dogg brings out. As an immersive listening experience, “Kansas” surrounds you in lush keyboards while Albarn explores dark worlds. Though the strong groove focus makes for a great long listen, there’s very few central melodies to keep you coming back.

Tracks like “Sorcererz” pushes the envelope of Albarn’s strange writing, making for a song that’s instantly distinct. Though it really sits in its main hooks, the eccentricities that Albarn brings to the table will have you endlessly singing along. “Idaho” however refreshes American country-folk into a new spacey future full of wonder. By focusing the album’s simplistic writing on this track, Albarn constantly churns out great melodies that you’ll be singing back to him on your next listen.

“Lake Zurich” however is a testament to Albarn’s stellar creativity as a writer, as he mixes amazing beats and vintage synths for one of his most unique tracks in years. Despite being an instrumental, the range of tones and the stellar mixing on this track make for a punchy and explosive listening experience that’s as deep as it is fun to dance to. Though there’s certainly something familiar to “Magic City” it’s hard not to get caught up as the song tumbles through its echo-chamber sections. This dreamy production and the accessible vocals make you want to join in with Albarn, and the spark of life he brings in the little synth riffs just takes it over the top.

Heading into the closing section of the record, “Fire Flies” takes on a more thematic tone as Albarn reflects on his own insecurities and faults. Though the track starts a little sparsely, as the lyrics become more detailed, so does the vast and dense layers of synths and harmony. “One Percent” plays like a dream-like reimagining of “Sleeping Powder” as Gorillaz dissect those in power while bringing strong hooks to the end of his record. “Souk Eye” closes out the record with a mysterious mix of electronics and Latin guitar, to make a powerful sonic combo. As it hits its distorted finale however, there’s such an overpowering emotion to all the melody’s and sounds flying that you’ll get goose bumps.