Frankiie is back after taking some time to focus on individual projects – one member started a fashion line, another released a solo EP, one became a school teacher, and the other moved to a small island community to work and surf. “We never really split. We were always chatting. We’re literally, like, best friends, which is nice. I would say we were just a little uninspired and didn’t know where we were going. Then, all of a sudden we had written some songs and started recording again. It felt like we had more happening and more of a vision and we just got super-excited.”

Frankiie’s new single “Glory Me” is described as a contemplation of life and death, and like many of the tracks on the upcoming album, it explores the questions of meaning and purpose – feelings that were heavily shadowing their lives before they took time for individual self-discovery. The band recently released a video for the song as well, and offered some background on it’s inspiration.

Frankiie on the video for “Glory Me”

“We shot “Glory Me” over a night in Vancouver near Chinatown. Directed and edited by Jeremy Wallace-Maclean, it follows 4 strangers as they cross paths for split seconds while they go about their lives. We are constantly connected and disconnected to people around us. Split second connections come and go, with infinite potential to alter or change or lives. I think ultimately the message is just to not take things to seriously and life is something worth celebrating.

This was a really fun but tough video to shoot because each frame is a continuous shot that had to be timed perfectly to work with the other shots and the length of the song. Any wrong looks or unexpected delays/interruptions from the surrounding environment could affect the shot and we would have to start again. Not to mention mustering up the courage to break out into dance in public spaces by yourself. We literally spent 7 hours hanging around the train station near Chinatown. Even though it was a long night with a lot of hiccups and boring wait times we had a blast and are super stoked on the final video.” 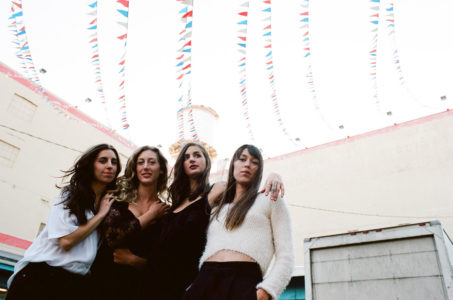