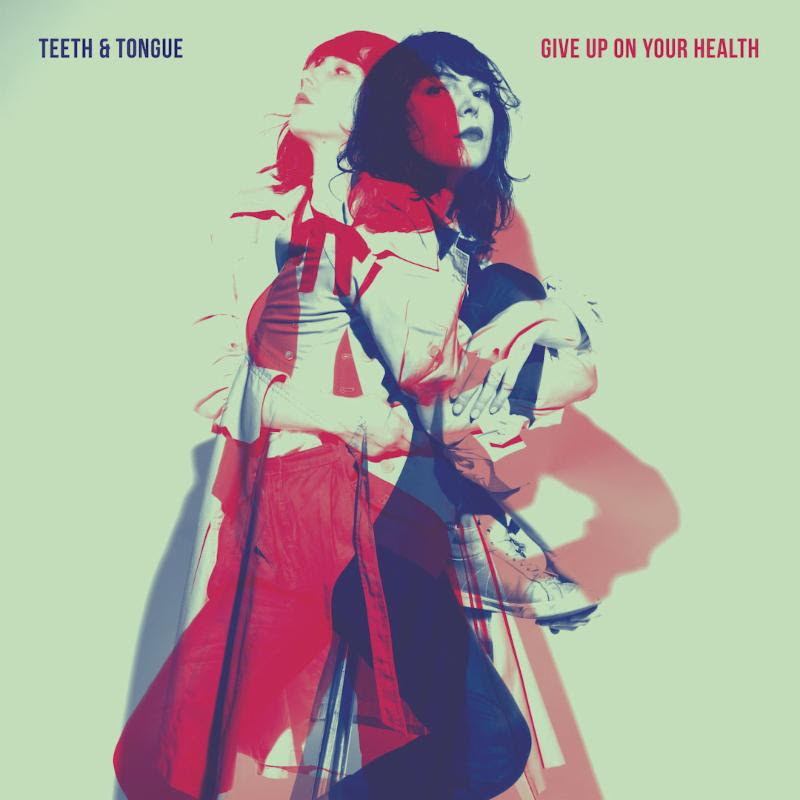 Give Up On Your Health

Within the past few years, there seems to have been a boom in the use of pulsing and thrumming synth to give indie and pop songs that fetishized 80s feeling. New Zealand born and Melbourne-based group Teeth & Tongue create just that feeling with their fourth album, Give Up On Your Health. The record covers your usual indie-pop / rock fare (namely love troubles), but uses the 80s-synth in a much more reserved, smarter way, rather than spill its guts and influences all at once.

Songwriter and vocalist Jess Cornelius, the creative mind behind the group, takes charge on most tracks with her wide and usually concealed range frequently surprising and impressing. On the verses of “Do Harm”, she’s cool and controlled with a bit of lyrical bite (“No one said this shit was easy”), before vaulting into swoons and cries on the chorus. There’s a good number of tracks that use the infamous quiet-verse-loud-chorus technique a la the Pixies, but the amount of progression in most tracks really surprised me. While the choruses are often extremely strong, there’s little reliance on them or any simple, catchy hooks. Songs like “Are You Satisfied” continually add to an initial funky rhythm, until the end of the track has swelled into a reasonable climax—natural sounding yet surprising.

Though rarely bright or sunny, the synth is used dynamically throughout the album. “Dianne” is fast-paced and punky, “Small Towns” is a bleary, chilled track with a subterranean droplet beat, and “Cupcake Revisited” has a galloping rhythm that sounds made for driving through a neon lit Miami night. Traces of the indie-rock that was prominent in Teeth & Tongue’s previous albums shows up on the occasion, like the upbeat “When We Met”, though the electric guitar and drums sound best on the album when emphasizing the melody that has been established by the synth.

Of the ten tracks on the record, I’d say half are very strong, the rest being good or better. The best songs seem to bookend the album, though I’d hardly say the middle drags. My highlight tracks were “Callback” and “Do Harm”.

In an indie-pop scene that seems to breed mediocre 80s cash-ins, Give Up On Your Health seeks to use old materials in new and interesting ways, and the effort shows in its confident, polished sound.