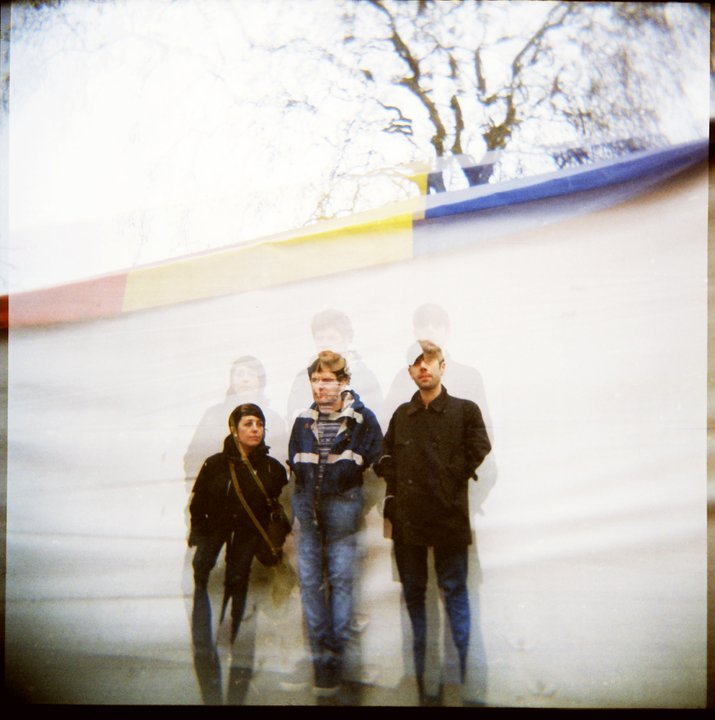 Belfast four-piece Girls Names released their second album, The New Life, in February and it marked a new direction for the band altogether. That directional shift is emphasized even further by a new limited edition 12″ EP , entitled The Next Life.

With the artwork making a playful nod to Bowie’s latest record, it’s not surprising that the EP should see the band experiment with the sonic make up of their last album. On the A side is a cover version of Brian Eno’s “Third Uncle”. Recorded in August of this year, it is the first recorded Girls Names track to feature new drummer Gib Cassidy and offers a telling glimpse at what creative steps the band may next take.You can Listen to “Third Uncle” above.

On the flip are two incredible remixes of tracks taken from the sister record. The first is by producer/composer/dance don legend David Holmes, who lends a somewhat European elan to the titular track. The second sees Gabe Gurnsey from Factory Floor add his band’s characteristic dance floor focus to Girls Names’ motorik groove, turning in something that jitters and pulses in a manner befitting of any track attributed the Factory Floor moniker.