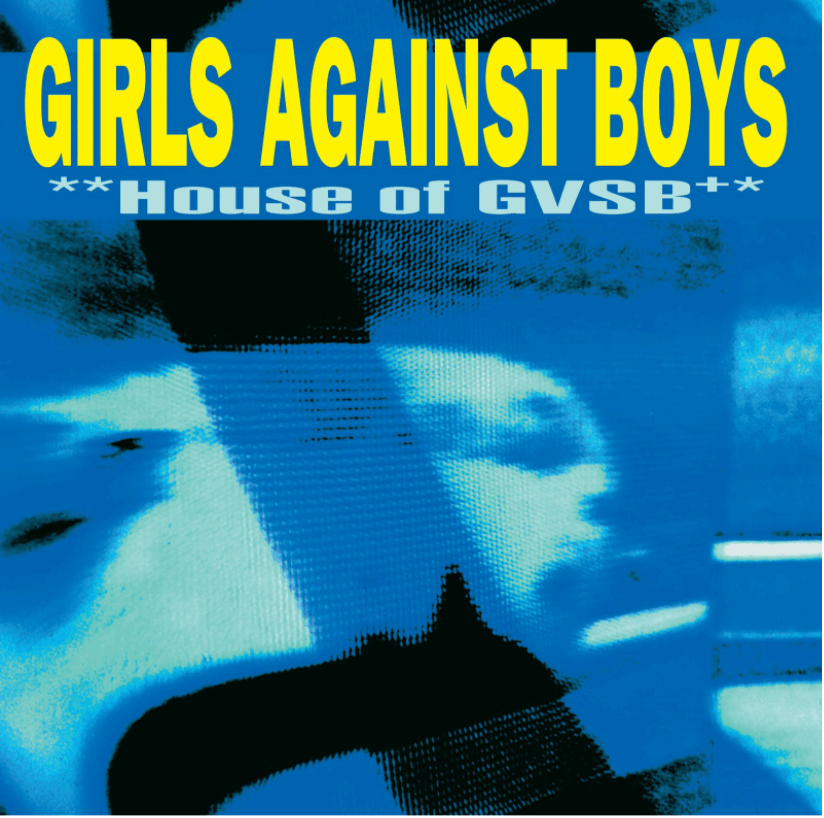 Girls Against Boys are celebrating the 25th anniversary of their album House of GVSB with a double-vinyl re-issue of the album via Touch and Go Records. The LP will be in-stores on May 6. Side A and B are the original album remastered in 2021 by Bob Weston (Shellac). Sides C and D features tracks from the band’s 90s era work including b-sides, singles, compilation songs, and a previously unreleased recording.

To celebrate the release of House of GVSB, Girls Against Boys will be playing the album in full (as well as other songs from across their catalog) on a fall tour of the U.S., rescheduled from their original winter routing. The dates kick off on October 1 at Doug Fir in Portland, OR and conclude October 15 at the Black Cat in Washington, DC. Along the way they stop in Los Angeles, Chicago and Brooklyn. The dates mark the band’s first US tour since 2013. Additionally GVSB have confirmed select European dates starting July 8 at Boskovice Festival (CZ) with additional shows in Austria, Germany and Italy. The run concludes at the new Pukkelpop Belgium event, Here! Here! Festival, on August 14.

Girls Against Boys (GVSB) first recorded in 1988 as a studio project before evolving into a full-time band in the early ’90s. All four members (Scott McCloud, guitars/lead vocals; Eli Janney, keyboards/bass/backing vocals; Johnny Temple, bass; and Alexis Fleisig, drums) were participants in Washington, DC’s punk music scene. From the start, GVSB utilized an unusual mixture of instrumentation for a band with punk roots, including keyboards, samples, as well as two bass players on many songs.

After an EP (featuring fellow DC musicians Brendan Canty and Amy Pickering) and a full-length LP on Jeff Nelson’s Adult Swim label, the band fully relocated to New York City and soon joined the roster of Touch and Go Records, with a handshake agreement to do three albums together. Upon the release of their critically acclaimed Venus Luxure No. 1 Baby album in 1993, GVSB embarked on seemingly endless rounds of touring in the US and Europe, sharing stages with the likes of Fugazi, Helmet, The Jesus Lizard, and Jawbox.

The following year Touch and Go Records released Cruise Yourself, and the band once again found themselves touring the world. This time the audiences also consisted of representatives of every major record label, all trying to sign the band.

“It started to be one of the main things we’d talk about in the van: do we really consider signing to a major label or not?” McCloud remembers. “Finally it became clear that although we had a lot of trepidation, it was something we were probably going to do.”

McCloud called Corey Rusk from Touch and Go Records from a truck-stop payphone to discuss the situation. GVSB then decided to honor the handshake agreement and release its next album on TG before releasing anything with one of the major labels. House of GVSB was that final record for the label. (The next album was on Geffen/Universal, who won the bidding war.)

Recorded in 1995 at Water Music in Hoboken, NJ, with producer Ted Niceley at the helm, House of GVSB captures the four-piece at the zenith of its musical prowess. Among other dynamics, the album has a simmering anxiety throughout, a kind of vertigo, a taste of what the band was actually experiencing at the time.

Girls Against Boys released Freakonica (Geffen,1998) and You Can’t Fight What You Can’t See (Jade Tree, 2002) before calling a hiatus from recording in 2003. GVSB has periodically re-emerged for touring stints (most notably for an EP in 2013 The Ghost List) and all of the band members remain active in musical and artistic pursuits: Johnny Temple founded his publishing company Akashic Books, Eli Janney currently plays keyboards in the 8G Band on “Late Night with Seth Myers”, Alexis Fleisig has taken his photographing skills to new levels, as well as drumming for the likes of Obits and Bellini, and also plays in Paramount Styles, together with Scott McCloud, who now lives in Vienna, Austria.