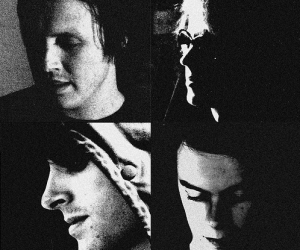 It’s been a busy week for Auckland’s Ghost Wave. On the heels of the release of their “Bootlegs” video earlier this week, they now reveal the video for their third single “Country Rider” and offer a free download of the track as well. Watch HERE. The video was filmed and directed by Jacob Perkins of Ready Steady Shoot.

Flying Nun Records (The Clean, The Bats, The Chills) will release the band’s debut LP, Ages, on August 27th in the U.S.. Ages is the first new release since Flying Nun announced their partnership with Captured Tracks in America.