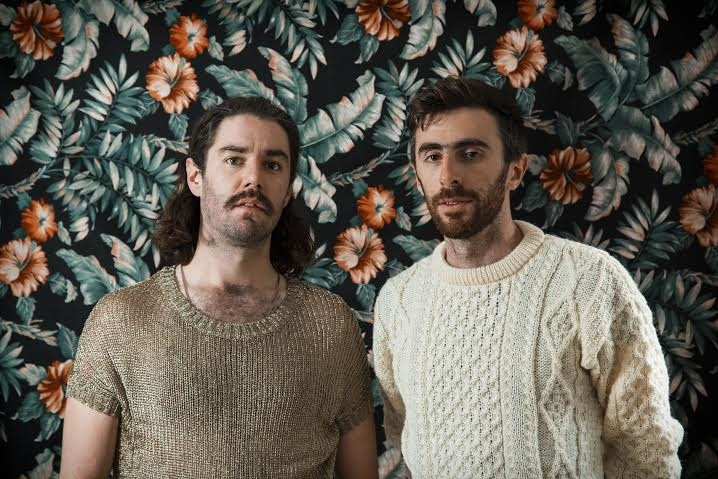 Germaphobes, are the duo comprised of songwriters Neil Rankin and Paul Erlichman. The pair have been friends since childhood but the band was formed in late 2014 as an outlet to explore their mutual interest in the more outre fringes of pop music. Taking inspiration from groups like Sparks, The Talking Heads, and Godley & Cream, Rankin & Erlichman have carved out a sound that would have fit neatly into the Lower East Side scene of the late 70s, channelling the energy of the early New Wave and No Wave experimentalists while incorporating ambitious arrangements and vocal harmonies that hint at their more baroque ambitions. Their first release, The Magic Eye EP, which will be out on Pleasence Records on November 27th.

The first single from the EP is its title track, “Magic Eye,” a song that displays the band’s more bombastic side, recalling CBGB’s regulars like The Fleshtones and Wayne County, and featuring some intricate guitar work from Erlichman. According to Rankin, who wrote the song, “‘Magic Eye’ is about perception and how an individual can look at the same issue one way for so long that it becomes a blur, in that blur, if you open your mind up enough, comes a clear answer. Often times it takes somebody else’s outside opinion to help shape that. All in all the song is about seeing and trying to change your outlook on complex issues without following anyone blindly.”