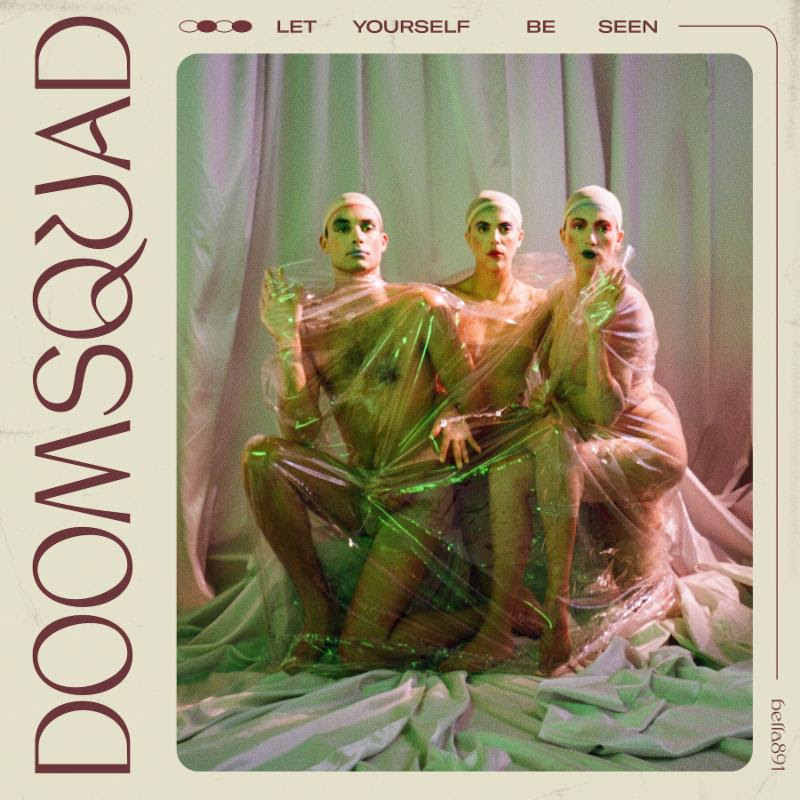 Toronto trio DOOMSQUAD, recently released their new single “General Hum.” The track is off their forthcoming release Let Yourself Be Seen, out May 10th via Bella Union. DOOMSQUAD play their next shows at SXSW 2019.

DOOMSQUAD’S intent to carry their heroes’ “messages of empowerment, release and spiritual self-determination” to new audiences peaks on the title-track, where the album’s disparate parts build to a disco inferno with a call to “Let yourself be seen!” “The Last Two Palm Trees in LA” offers an empathetic take on a similar theme, based on the acceptance of ageing, before “Weather Patterns” steers a reflection on unity in the face of global crisis to a buffeting crescendo with a thrilling urgency.

The result is an album for fraught political times, charged by the impetus to bring “music back to the body”. Close-to-home influences on that score include Tanya Tagaq and Peaches, both of whom DOOMSQUAD have toured with; further afield, Peter Gabriel, Diamanda Galás, Genesis P-Orridge and Underworld numbered among inspirations. Meanwhile, as the trio’s creative process took them from a lakeside cabin to a studio in Toronto, they benefited from the input of kindred spirits such as Ejji Smith, whose virtuoso guitar-shredding propels ‘Let It Go’. Israeli jazz composer Itamar Erez adds watery synths to ‘Emma’, while a key studio collaborator was producer/artist Sandro Perri, whose credits include Barzin.