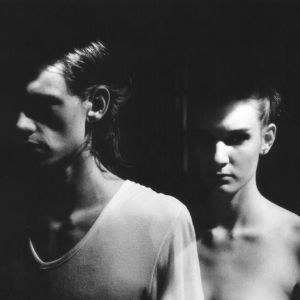 With today’s release of their debut EP, Medusa, GEMS have shared a new single and the first track off the EP, “Ephemera.” Expanding on their gorgeous, refined sound, GEMS have crafted another beautifully romantic tune with “Ephemera,” with Lindsay Pitts and Clifford John layering harmonies over glistening synths and an intensely grand, shimmering chorus. The song can be heard above.

Having played Music Hall of Williamsburg last night with Anna Calvi, GEMS have also  announced a headlining show at Brooklyn’s Glasslands on December 5th, as well as their previously announced record release show at U Street Music Hall in DC this Thursday, November 14th with Alex Winston and WET.

The DC-based duo have developed their own brand of intoxicating, cinematic synth-laced pop that is at once, both deeply heartbreaking and romantic. The four tracks on Medusa weave a dark web of intimate male and female vocals, hazy guitars and lush synthesizers, with songs that are tragic, haunting, and tinged with melancholy and existential longing, and is just the start for this band on the rise.

# with Femme, My Body