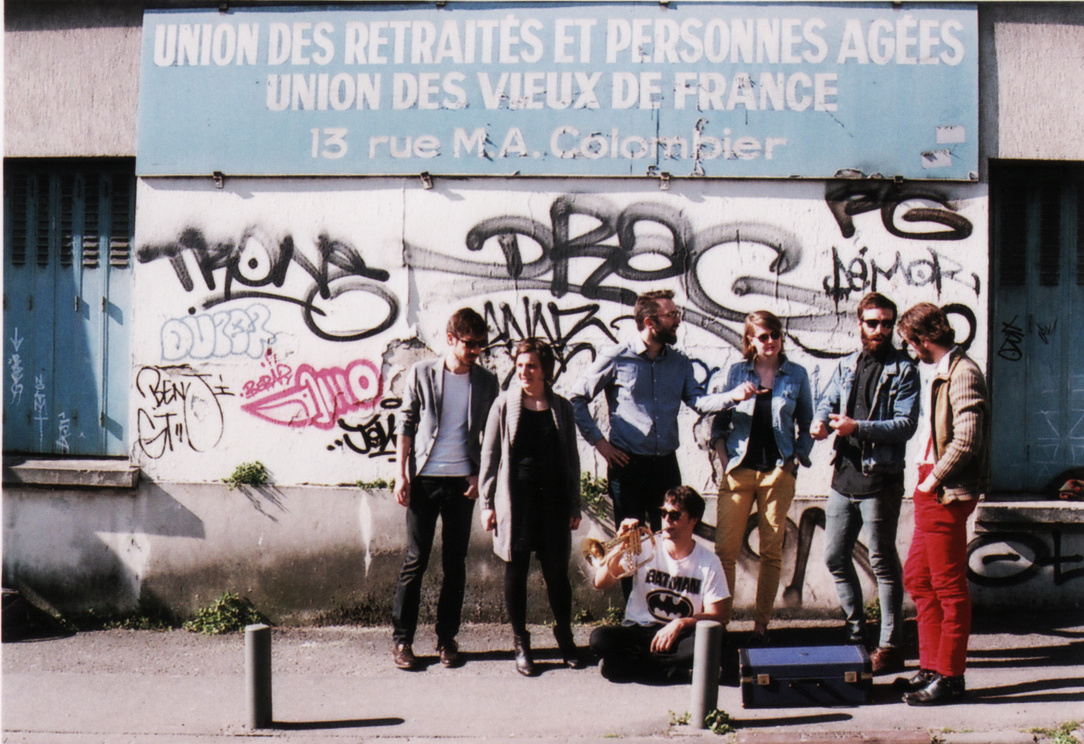 Orouni were teenagers in the 90s, share a common taste for British pop (from Kevin Ayers to Supergrass), Curtis Mayfied and Great Black Music, David Bowie’s song Station to Station, and both enjoy Tom Zé and Brazilian music (country where Clémentine, who lived in Rio and São Paulo, began her musical training). One summer day in 2014, just months after the release of his album Grand Tour (Sauvage Records), Orouni ran across a split-single by Fugu and Stereolab and jokingly proposed to Clémentine to do the same. Clémentine, who takes everything at face value, rose to the challenge and so, Orouni wrote “The Peanut Specialist.”

The band recorded at the new Parisian studio designed by Jean Thevenin (Frànçois and the Atlas Mountains) and David Sztanke, and sound engineered by Guillaume Jaoul (Tahiti Boy and the Palmtree Family)? Orouni conscientiously stacked layers of sounds together until the instruments were scrambled into one, resting onto a very solid yet unpredictable pillar of rhythm (with Steffen Charron on bass and Dimitri Dedonder on drums).

For this song, which recounts the construction of a (real) safe located in Norway that contains seeds from around the world, in the case of an urgent need to reseed a country ravaged by war, a typhoon, or even the Apocalypse, Orouni decided to replace his own voice with the female tones of Amélie and Clémentine (Water Babies), Dorothée Hannequin (The Rodeo) and Barbara Silverstone. The result is an English pop piece inspired by the spirit of Motown girls’ bands and dominated by futuristic synthetic climates. Differing from the Water Babies’ approach and not just language-wise, La Dernière Ivresse was recorded live in the studio, as was their first album, Soupir (Sigh), to be released in 2016. Pierre Caron’s guitar arpeggios, which open and close the song, develop into a martial pop/opera delirium, softened by Julien Gasc (guest and friend)’s Philicorda organ, (Clémentine is also his bassist). 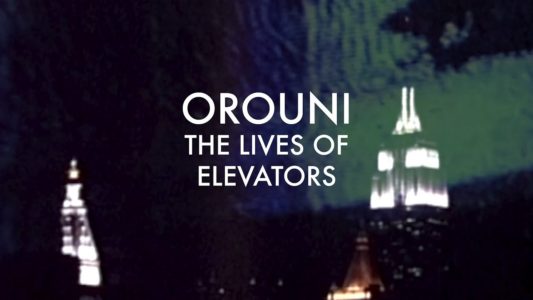 “The Lives Of Elevators” Orouni 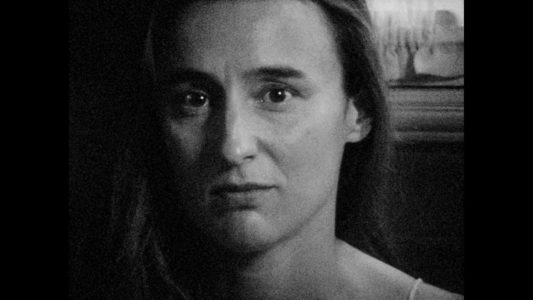 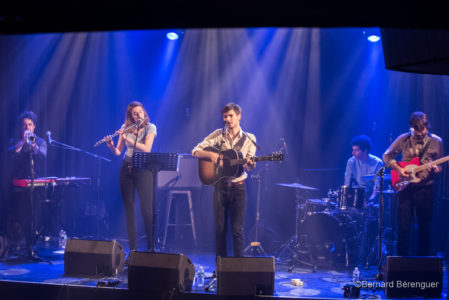