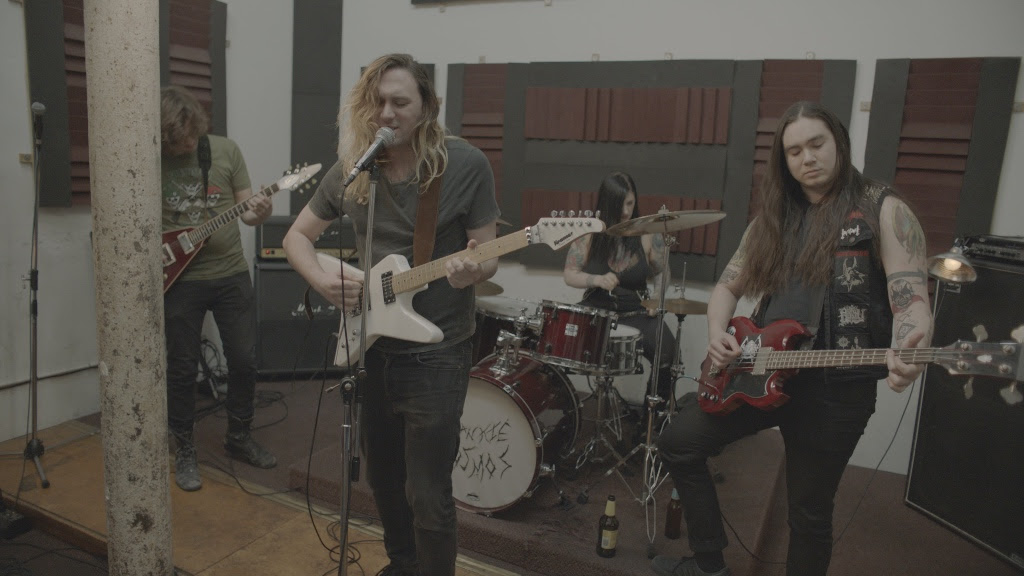 Frankie Cosmos has released a new video for album track “Apathy.” The clip was directed by Tom Scharpling (The Best Show.) On the making of the video. The track is off the band’s current release Vessel, now out on Sub Pop. Frankie Cosmos, play tonight in Pawtucket, RI.

Greta Kline says “I am a huge fan of Tom Scharpling’s work and was so thrilled that we got to work together on this video. I trusted him entirely and just wanted to let Tom and his team do their thing. We had so much fun making it…I was laughing so much that it probably took much longer than it should have to shoot my parts.”

The band will continue their US tour tonight in Pawtucket, RI, with stops in New Haven, Boston, Toronto, Chicago and Philadelphia, before heading over to Europe on May 22nd. See below for a full list of dates.