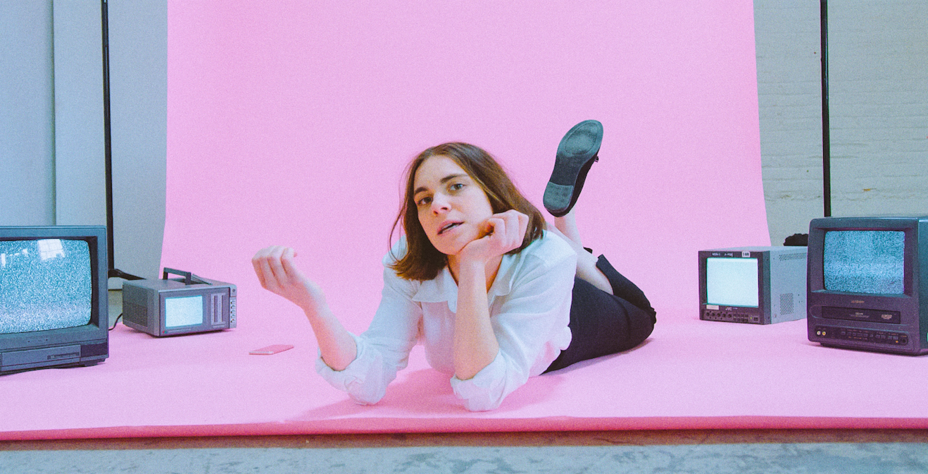 Singer/songwriter Francesca Blanchard has released a new video for “Ex-Girlfriend.” The clip arrives, as the singer/songwriter has started a run of East Coast dates. The video, is a commentary on the millennial obsession with self-documentation through social media. Francesca takes playful but precise jabs at her generation’s love affair with itself — one haunted by digital record, coated in photoshop filters, and in turn, wildly detached from reality. She sings “When all I do is spy on other people’s lives, I disregard my own…”

Directed by Kayhl Cooper, the video chronicles the tragically familiar process of comparing oneself to a partner’s past. Between pops of color and robotic choreography, Francesca inserts herself into imaginary snapshots of “model” lives, casting herself as an accidental internet stalker consumed by insecurities and depicting the dark hilarity of social media’s sabotaging effects. Francesca describes the video as “a new age thriller, an alternate reality where the planet is run by plastic mannequins and Siri is the narrator.”

Francesca Blanchard is a French-American songwriter based in Burlington, Vermont. Since the release of her bilingual folk debut Deux Visions in 2015, the genre-bending songwriter has been busy redefining her wheelhouse. Following a year of extensive touring throughout the US and Europe.