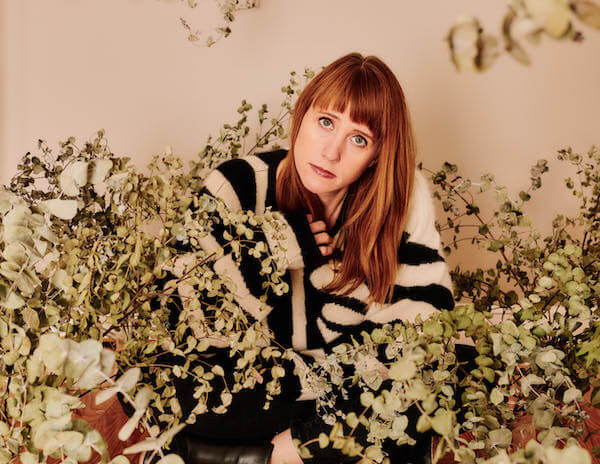 Flock of Dimes has shared a new video for “Hard Way”. The track is off Flock of Dimes’ aka Wye Oak’s Jenn Wasner solo LP, Head of Roses, which will be released on April 2nd via Sub Pop Records.

The video directed by Lachlan Turczan, was shot in Joshua Tree, CA, outside in the freezing dark on a windy winter’s night — Wasner’s face acts as a canvas for an array of pulsing patterns of light. It turns something as straightforward as a first-person delivery into something deeper and more disorienting than it first appears.

Wasner says of the song, “Although I didn’t fully understand when I wrote it, this song is an example of the power of the subconscious mind to hide truths from ourselves that we’re not yet ready to see. When I wrote this song I was still in the throes of new love, and I thought I was writing a straightforward, earnest love song. But when I tried to record it, something about the tone of it was eerie, strange, a bit darker than I would have expected. It wasn’t until long after I wrote it that I became aware of its odd foreshadowing of what was to come—that something I intended to be bright and hopeful in the moment was floating on top of a deep current of unease.”

Head of Roses was produced by Nick Sanborn (Sylvan Esso) and Wasner at Betty’s in Chapel Hill, NC, engineered by Bella Blasko with additional engineering by Sanborn, mixed by Ari Picker and Blasko, and mastered by Huntley Miller. The album features appearances from guitarist Meg Duffy, Bon Iver’s Matt McCaughan, Wye Oak’s Andy Stack, and Landlady’s Adam Schatz. ‘Head of Roses’ follows the release of Like So Much Desire, her digital EP released June 2020 on Sub Pop.